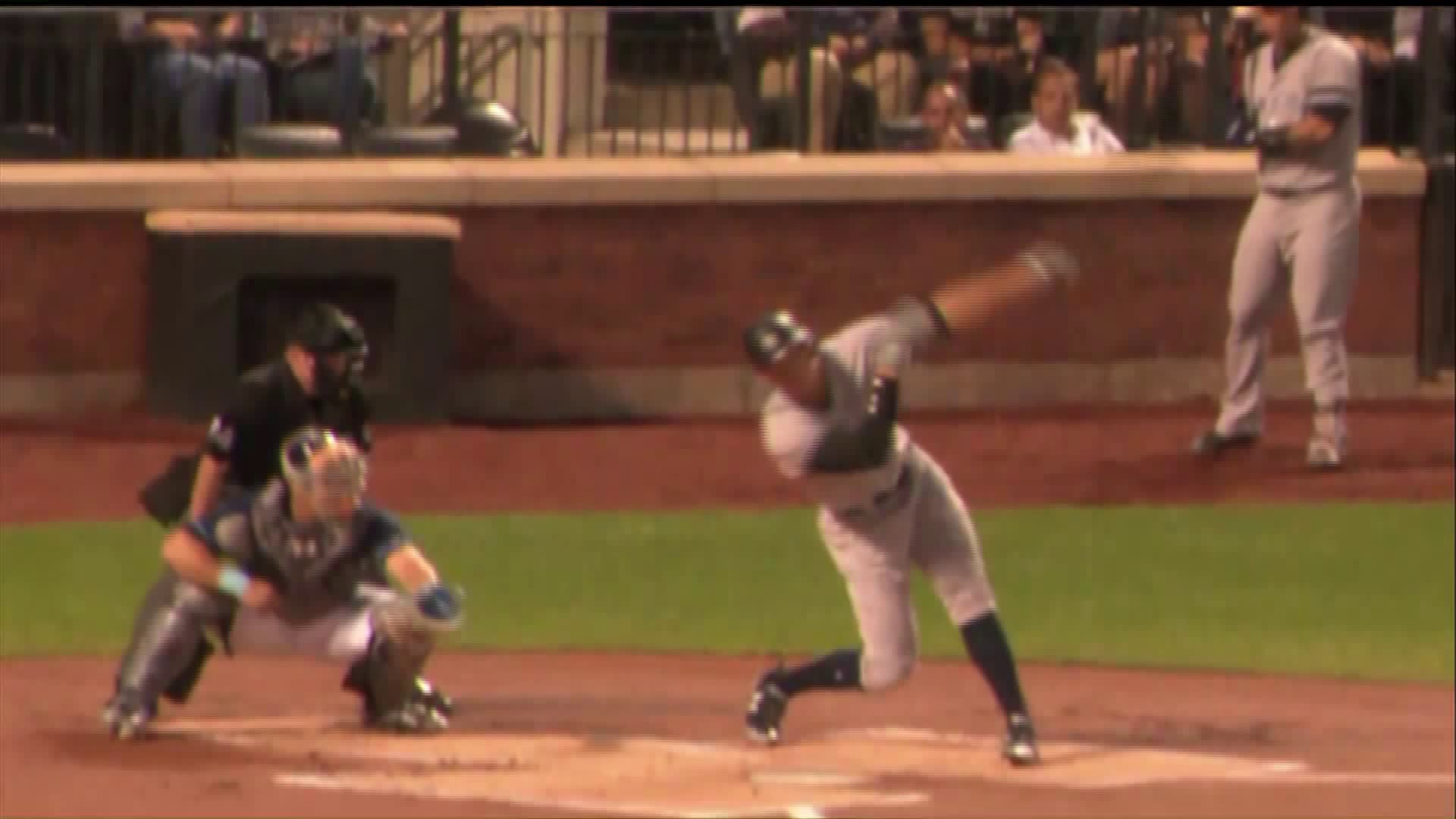 Because of Hurricane Irma, Citi Field became Tampa Bay`s home-away-from-home for a three-game series against the Yankees that began Monday.

QUEENS —The home team is from Florida at Citi Field in Flushing, Queens for a 3-game stretch against the New York Yankees this week.

Lucas Duda, traded from the Mets to the Tampa Bay Rays in July, was in his old corner stall at the far end, near the showers.

Evan Longoria was in David Wright's lockers just inside the entrance to the Mets clubhouse, where the Giants and Virginia Tech football helmets had been removed along with the rest of New York's gear.

Because of Hurricane Irma, Major League Baseball moved the Yankees-Rays game from Tropicana Field in St. Petersburg, Flordia. The field was not in regulation condition due to a previously scheduled soccer game at Yankee Stadium over the weekend.

"You wouldn't draw up a home game in New York against the Yankees in a wild-card chase," Rays outfielder Steven Souza Jr. said. "We're just thankful to have a place to play."

Rays players were relieved the storm did not cause greater damage in the Tampa area, and manager Kevin Cash was optimistic the team would return to Tropicana Field in St. Petersburg, Florida, for a three-game series against Boston that starts Friday.

"From what I've heard, the Trop had some minor damages," Cash said.

Before the storm passed through the Tampa Bay area Sunday, players worried whether they would play at Tropicana Field any more this year.

"It's not a solid roof and nobody's ever seen a hurricane category four or five in the Tampa area," Souza said. "So we were just brainstorming on what could possibly happen, if our cars were going to make it, anything — houses were going to be in the ocean. When those kind of situations happen, just crazy thoughts start running through your head."

During a weekend series at Fenway Park, players tried to focus but kept checking on the situation back home. When the storm tacked inland and was downgraded to category two, they felt relieved.

"We watched The Weather Channel non-stop. I'm tired of watching hurricane watch on TV. It's like 'Anchorman,' watching the panda for months and months," Longoria said. "I was getting videos, actually actual newscast videos from my neighborhood in St. Petersburg, which is not a good sign. ... I live right on the water, so I was really expecting to come home to a flooded house, and so we got lucky. I had a boat out back that survived. Nothing fell on the house."

Originally scheduled to fly to Boston after finishing a homestand Wednesday, the Rays pushed back their departure until Thursday afternoon, arranged a larger plane for their charter flight and told players they could bring along family members. About half did.

"We were planning to be prepared, assuming that there was probably a good chance we weren't going to be playing at the Trop," Cash said.

Tampa Bay took batting practice first as the home team and hit last in the game.

Only the lower deck was open, ticket prices were capped at $25 and the advance sale was about 14,000. There were many fans in Yankees gear, some in Rays gear and some wore the Mets' royal blue and orange.

Part of the Mets' clubhouse staff was not available, so the Yankees lent the Mets four clubbies for the Rays clubhouse. There will be limited parking for the final two games because of the setup for a music festival this weekend.

Major League Baseball had explored moving the series to other cities but could not find adequate hotel space. The Rays were able to check into a Times Square area hotel because of fortuitous timing. Availability in New York will vanish later this week ahead of the start of the United Nations General Assembly.

"I don't know that there is a neutral site when you're playing the Yankees," Longoria said.

Boston won two of three in the weekend series, leaving the Rays 3 1/2 games back for the AL's second wild card with 18 games left, needing to climb past six other teams to earn a berth. The storm seemed to be a distraction.

"It seemed like it was a little frantic mode in here for the last couple of days," Souza said.

"There is a lot of tension that's been relieved and a lot of uneasiness that's kind of settled," Longoria said.

And even though it was not home, Longoria took solace that it was a spacious clubhouse in an 8-year-old ballpark.

"It's a far cry from the Boston visiting clubhouse when we have 40 guys in September and not enough space for 20," he said. "We've got plenty of room in here."