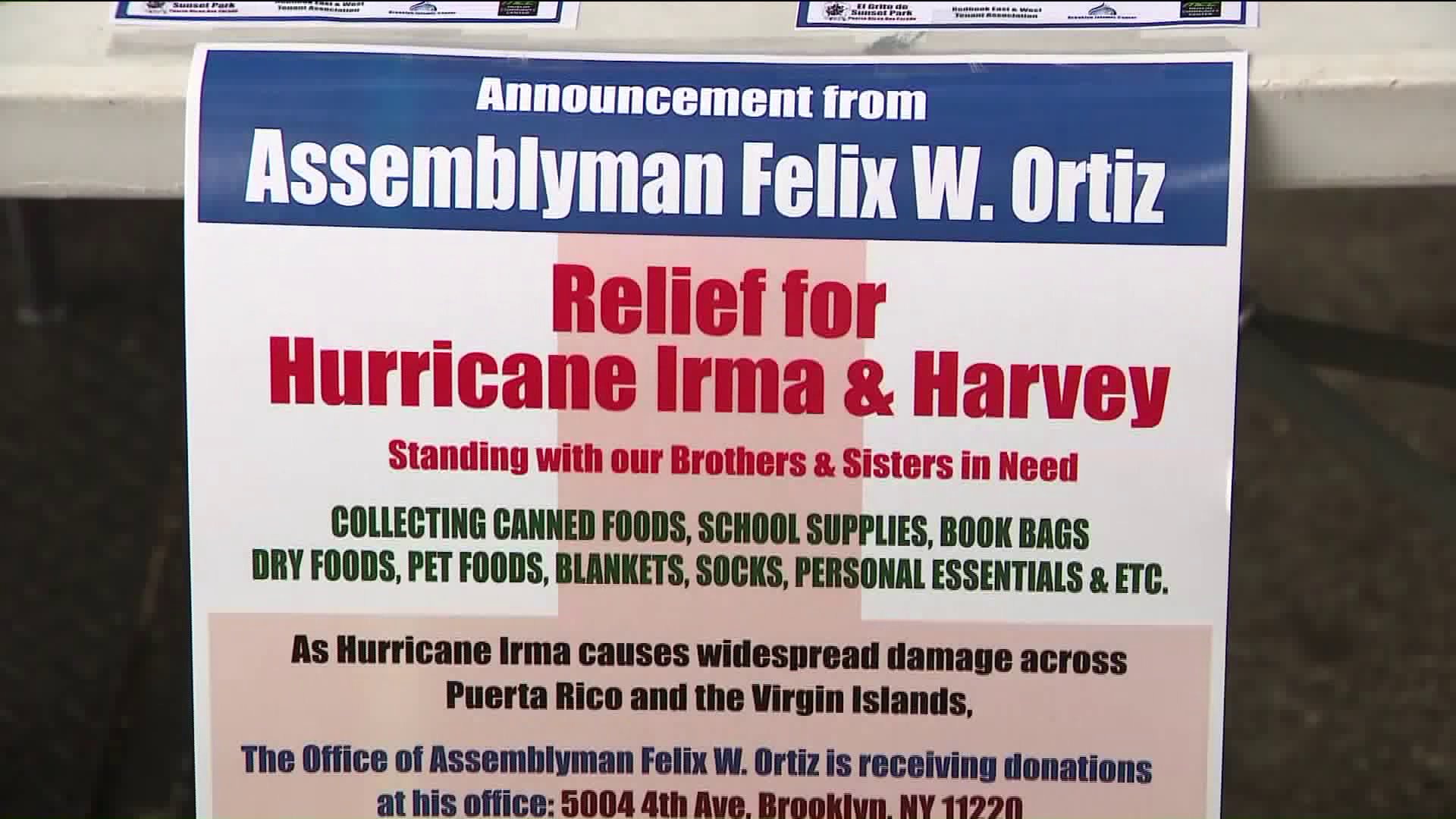 Irma has already hit a string of Caribbean Islands where maximum sustained winds hit 185 mph but now Puerto Rico awaits its wrath next.

Anxiety and nerves. That's how Dennis Flores is describing how his family in Puerto Rico is feeling right now.

"We're anticipating the worst. We're hearing all the worst news of how this is the biggest storm to ever hit the island," said Flores as he tried to reach his uncle in Puerto Rico.

For now, Puerto Rican New Yorkers say they're doing the only thing they can at the moment and collected donations for the aftermath of Category 5 Hurricane Irma.

Irma has already hit a string of Caribbean Islands where maximum sustained winds hit 185 mph but now Puerto Rico awaits its wrath next.

Assemblyman Ortiz was born and raised in Puerto Rico before coming to the U.S. at 21 years old. He remembers past hurricanes and tropical storms, but never he says has he heard fear in his 80-year-old father's voice until now.

"This is a little more emotional because now it's touching home. What we're doing here is we are trying to be proactive rather than re-active," said Ortiz.