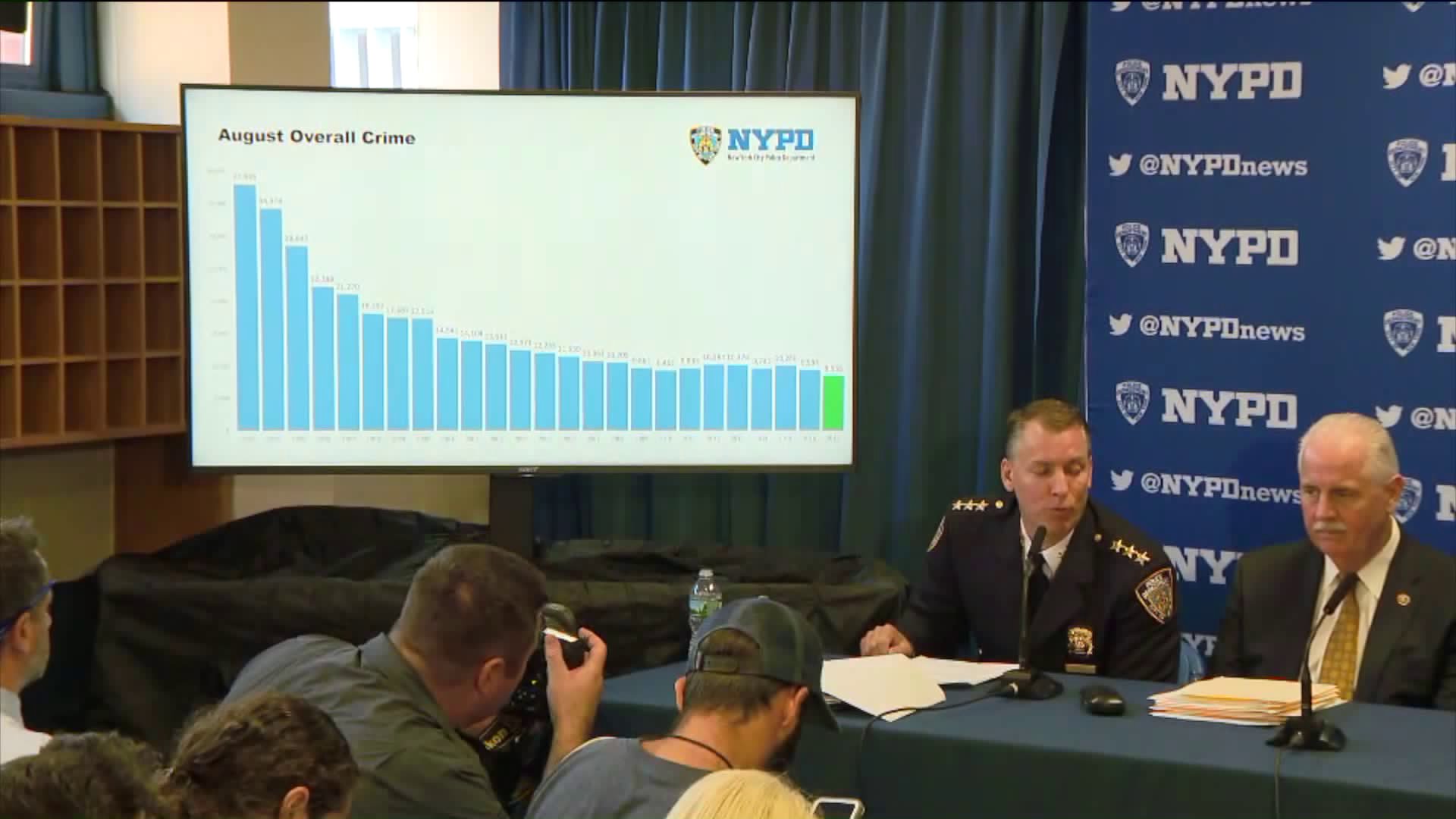 Police say crime is at an all time low in New York City.

There were drops in robberies, shootings, murders, rapes and burglaries. Mayor Bill de Blasio credited the drop to collaboration between the NYPD and New Yorkers.

“Precision and neighborhood policing have brought us the safest August in history, with crime plummeting double digits,” Mayor de Blasio said. “New Yorkers and the NYPD are working together to shatter records, driving crime down to levels unthinkable in the past."

Murders are down 60 percent compared to this time in 2016. As a whole, major crime is down about 10 percent across the board.

“To see violence fall to these record lows defies what many thought was possible,”  he said at a Tuesday press conference. "I know we can do even more."