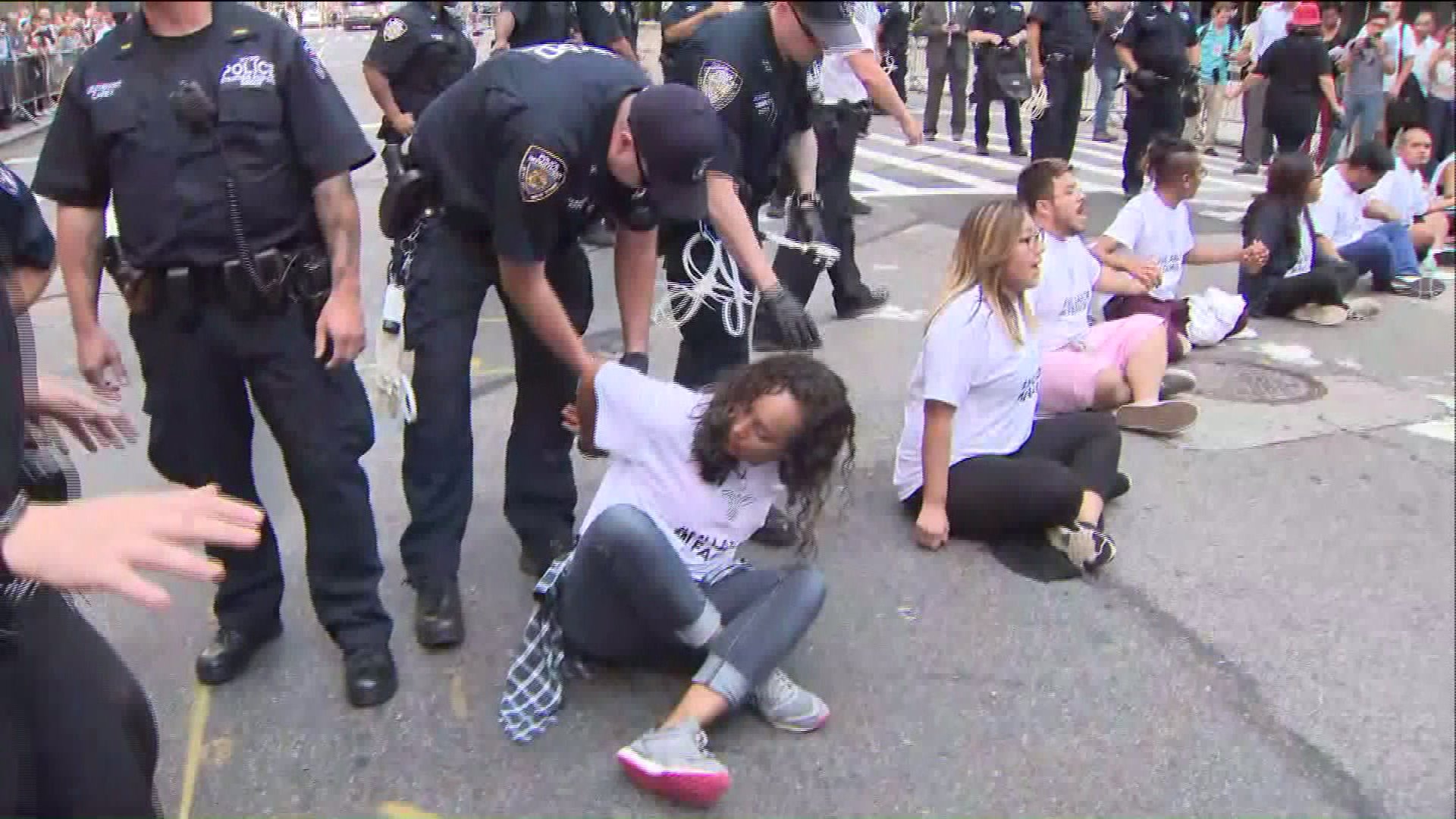 The small but traffic-snarling sit-ins occurred Tuesday after a Fifth Avenue march that grew to hundreds of people. 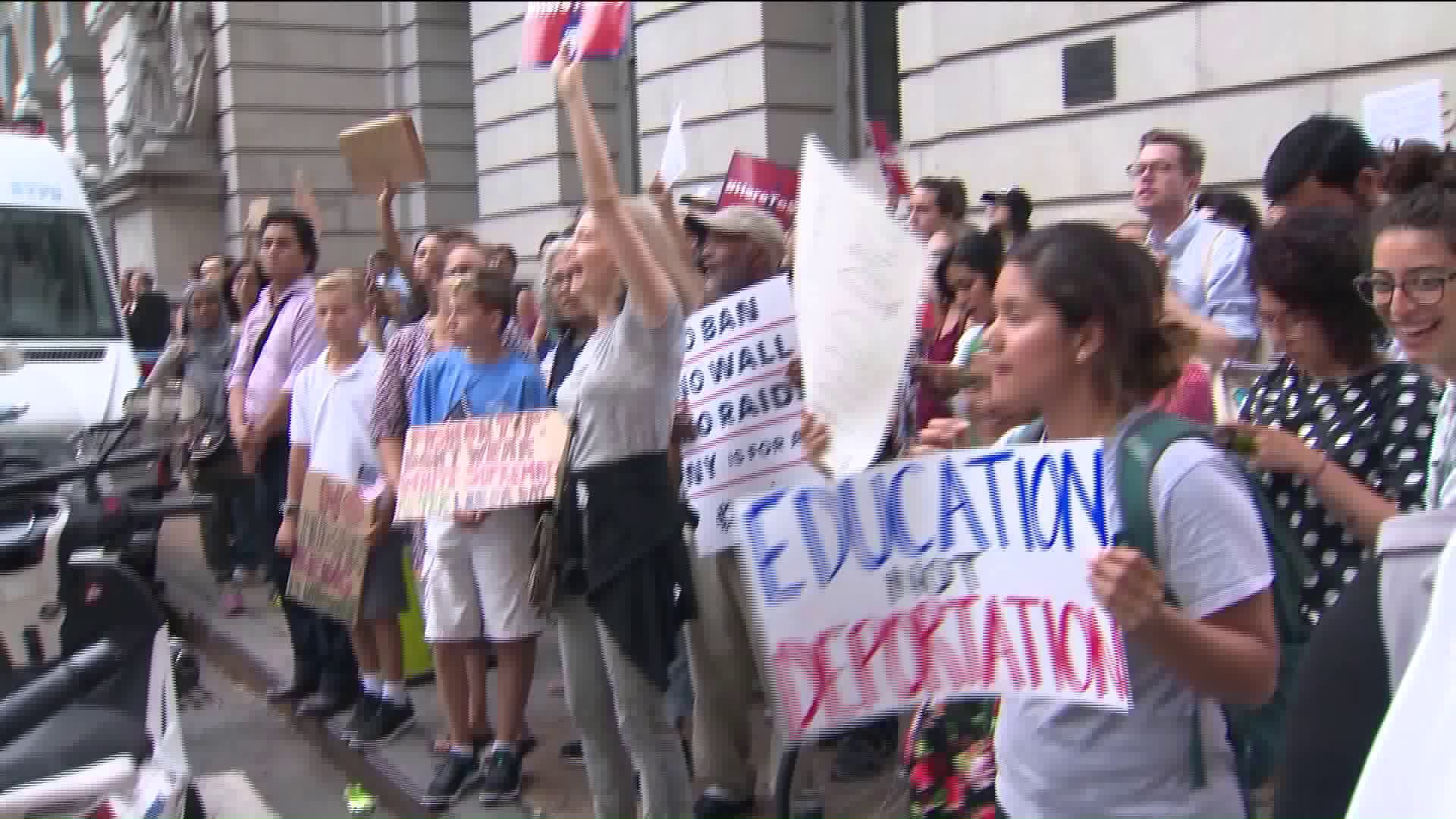 NEW YORK — Police have handcuffed and removed more immigration activists during a second sit-in outside Trump Tower in Manhattan.

The small but traffic-snarling sit-ins occurred Tuesday after a Fifth Avenue march that grew to hundreds of people.

Some protesters were arrested after they held hands and sat on the street at around 11:30 a.m.

People on the sidelines chanted loudly and waved signs. They yelled "undocumented, unafraid."

At least 34 arrests were made during the two demonstrations, according to the NYPD. All are expected to be charged with disorderly conduct.

The protests came after the Trump administration announced that it will wind down a program protecting about 800,000 young immigrants from deportation.