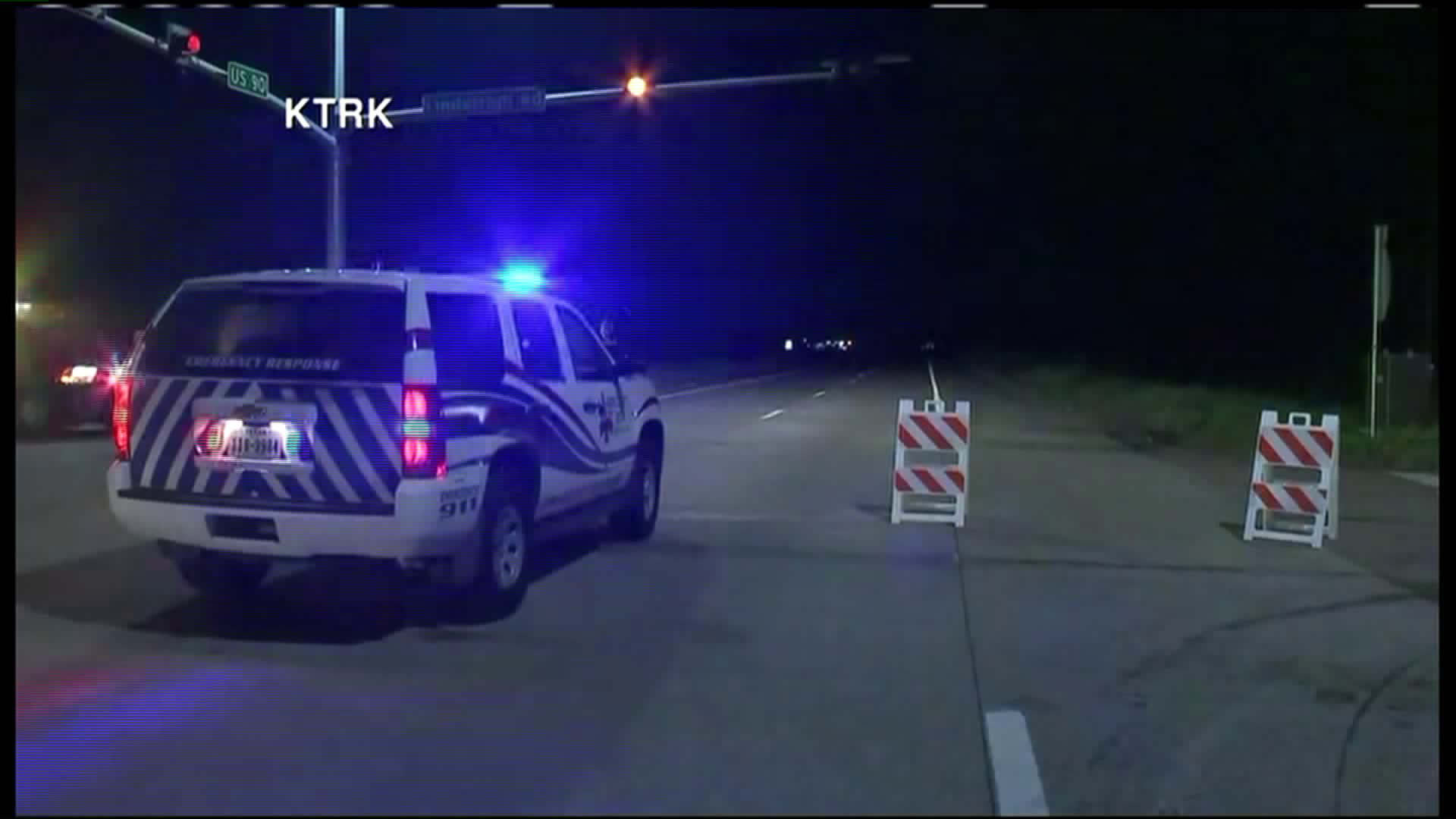 Two explosions and plumes of black smoke were reported at a Texas chemical plant Thursday morning, sending 10 deputies to the hospital. The threat of future explosions and "intense fire" looms.

CROSBY, Texas — Two explosions and plumes of black smoke were reported at a Houston-area chemical plant Thursday morning, sending 15 deputies to the hospital for evaluation. The threat of future explosions and "intense fire" looms.

Fifteen deputies were hospitalized following the incident, the Harris County Sheriff's Office tweeted. Eight were released by 8 a.m., and seven remained under evaluation.

Previously, the department said 10 deputies were hospitalized after inhaling a non-toxic irritant near the plant.

Thick black smoke from explosions at the plant "might be irritating to the eyes, skin and lungs," according to Arkema officials.

The facility has been closely monitored after plant officials said a chemical reaction will likely cause a fire that will "resemble a large gasoline fire" in the coming days.

The company shut down the facility as Harvey approached last week and evacuated employees as well as residents within 1.5 miles of the plant as a precaution after it was flooded under more than 5 feet of water.

"There is a small possibility that the organic peroxide will release into the floodwaters but will not ignite and burn," the company said.

People are advised not to return to the area within the evacuation zone until local emergency response authorities say it is safe to do so.

The plant houses organic peroxides, which it states have a wide range of applications, from pharmaceuticals to construction materials.