Woman, 2 teens, abandon baby they were watching at LI casino 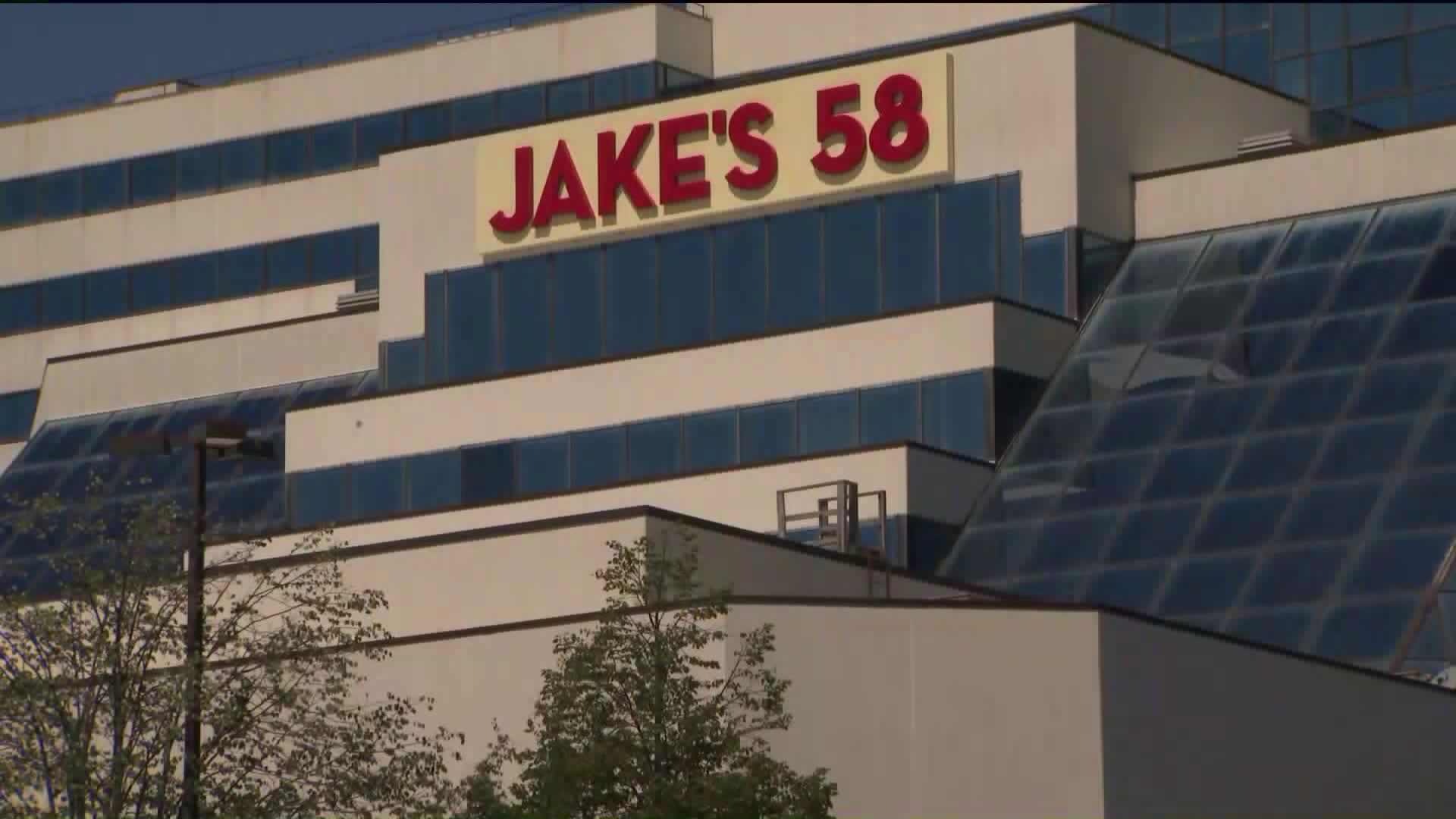 A 14-year-old babysitter, her boyfriend and mother have been arrested for leaving a baby at a Long Island casino, police said Wednesday.

RONKONKOMA, NY — A 14-year-old babysitter, her boyfriend and mother have been arrested for leaving a baby at a Long Island casino, police said Wednesday.

Dejuana Stewart, pictured, was arrested, along with her juvenile daughter and daughter's boyfriend after allegedly leaving a baby alone at a Long Island casino on Aug. 28, 2017. (Suffolk County Government)

The trio was arrested Tuesday, a day after police said a mother, 21, hired the babysitter, who claimed to be 18 years old, through sittercity.com.

"Be sure when you go on these websites, you need to vet the babysitters yourself,"  Suffolk County Police Chief of Department Stuart Cameron said.

The mother later failed to pick up her 9-month-old child, prompting babysitter, who was actually 14, to call police around 6:40 p.m. Monday.

When officers responded to a Ronkonkoma home, they said the babysitter claimed the issue had been resolved and an arrangement to meet the mother had been made.

The arrangement allegedly involved the mother meeting the caregivers, which included the 14-year-old babysitter; her mother, Dejuana Stewart, 44; and her 16-year-old boyfriend, at a casino in Islandia.

Another dispute regarding the pick-up ensued, and the caregivers decided to leaven 9-month-old Aiden at the casino when the mother once again failed to arrive, police said.

The boyfriend, a Brooklyn resident, allegedly left the baby on a bench outside the casino and began walking toward the trio's vehicle before returning to the bench, picking up the child, and taking the baby to a security member inside the casino, saying he just found the child.

The caregivers then left the casino, police said.

Investigators later watched surveillance footage at the casino and recognized the boyfriend from the initial call, according to police.

Officers then returned to the Ronkonkoma home, and arrested all three.

Stewart and the two minors face charges of endangering the welfare of a child, police said. The child's mother is not being charged and the baby has been returned to her.

Safety for sitters and families is the top priority for Sittercity. In addition to providing a full suite of tools and resources for families through our Trust & Safety Center, we verify the identity of sitters through Experian. As a policy, we do not allow sitters under the age of 18 to register. We understand that the sitter in this case used a false birthdate when registering because she was under 18 years old. We immediately removed her from the site as soon as we learned about this matter, and we are grateful to know that the baby is safe at home.