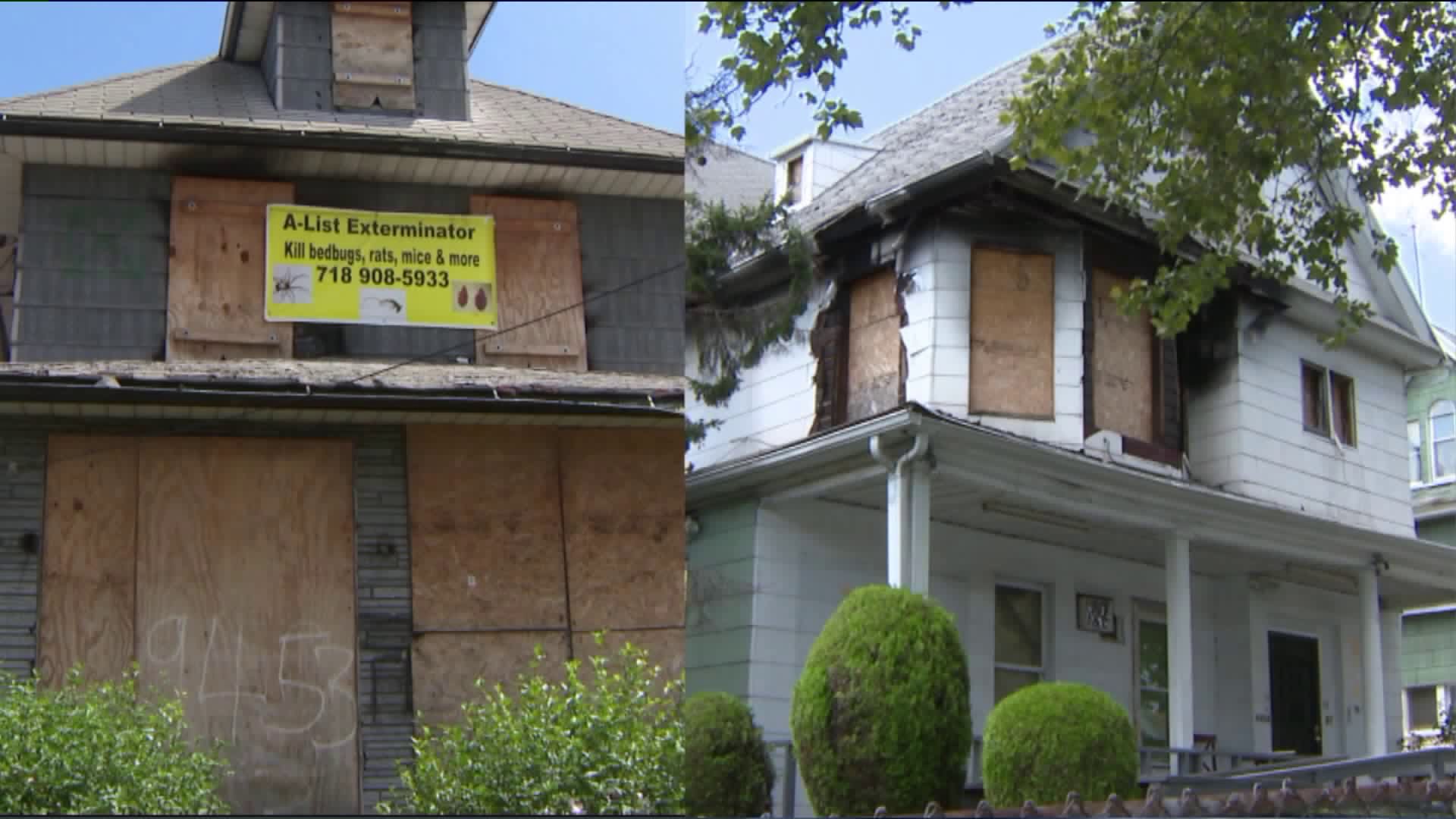 Boarded-up homes in Queens surrounded by garbage are being taken over by dangerous squatters.

RICHMOND HILL, Queens — Boarded-up homes in Queens surrounded by garbage are being taken over by dangerous squatters.

"It's a real big danger to my family," said Charles Mahadeo, who lives next door to one of the abandoned homes on the corner of Lefferts Boulevard and 95th Avenue in Richmond Hill.

"There have been two deaths in here, it's a dumping ground, it's very smelly and it's not a very good atmosphere at all around here," he said. "I'm very much concerned this place is very bad for my children and very dangerous, especially with the squatters."

Mahadeo told PIX11 Friday the owner of the home died a few years ago and no one has done anything with the house since.

Right across the street sits another abandoned house and there was a woman inside when we showed up.

She shouted, "I'm not a squatter."

The boarded up houses are among many occupied two and three-family homes.

Shaminder Charles has lived in the neighborhood for nearly 20 years.

"When we get off the bus from work, it's very scary and dangerous we just cross the street and go," said Charles.

Her biggest fear is, "maybe someone's hiding in there, they might stab you or something."

Richard David is a community activist in the Queens neighborhood and is running for city council in the district.

"We have to make sure we are caring for the people who are homeless but this is not the way," David said. "This is a decent neighborhood things like this are bringing down quality of life."

He says squatters become legal residents of the abandoned homes after 30 days, adding there's a legal process that follows in order to get them evicted.

Charles added, "this place has to be taken care of it's really bad."

PIX11 reached out to the city to see what could be done.

The department of buildings responded right away, saying both homes have vacate orders on them which means no one can be inside.

They will be sending inspectors and will work with the NYPD to get out any squatters who are there.