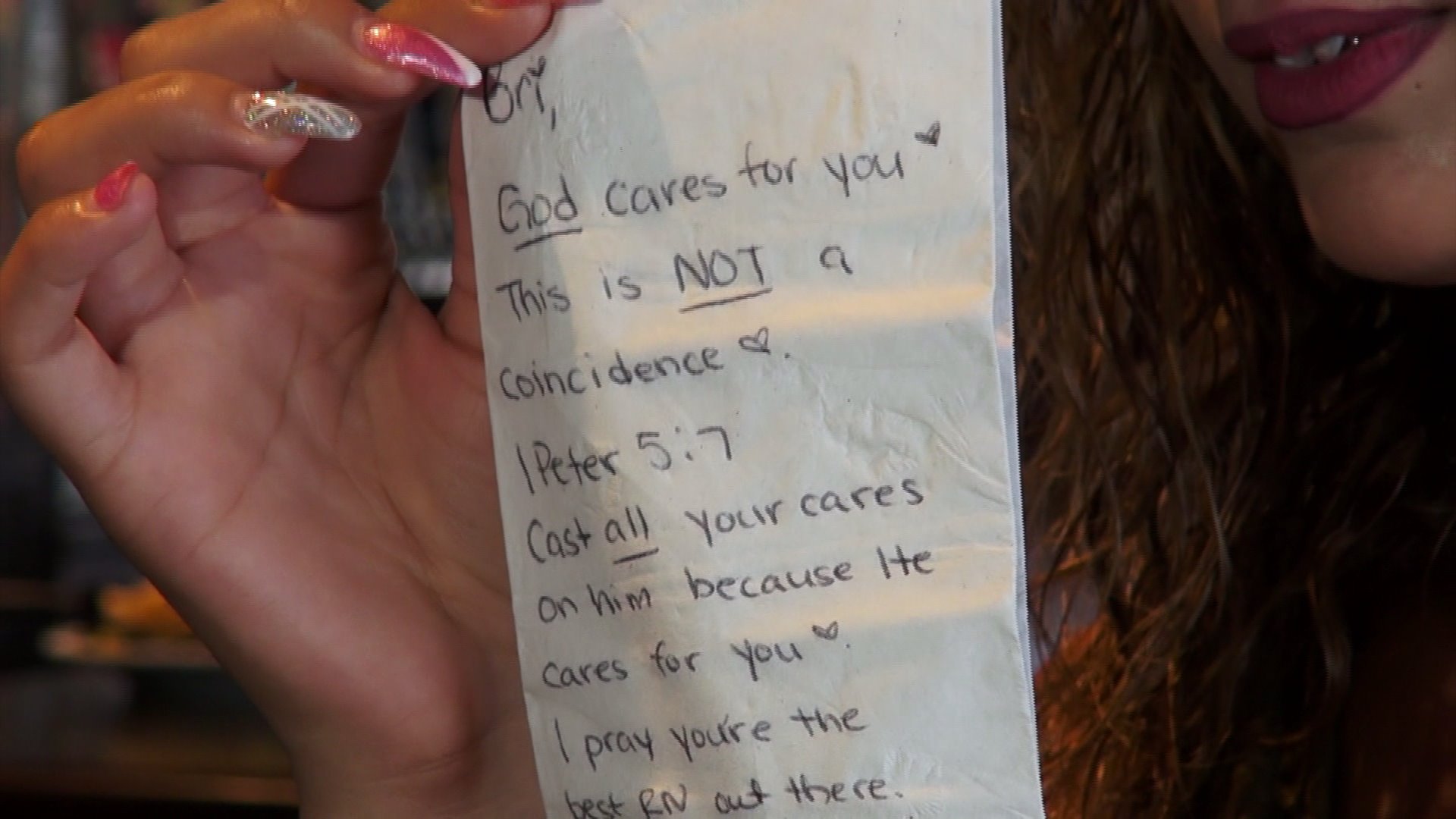 After they paid their $20 bill, they handed her an envelope and told her to open it when she got home.

ISELIN, N.J. — Brianna Siegel says a couple in their 20s came into Bar Louie in Iselin on Tuesday night and ordered one burger and one drink each. The restaurant was running a happy hour special, so the couple's tab came to about $20.

When Siegel, 21, dropped off the check, she said the couple left her something unusual.

“We’re leaving this envelope for you, there is something in it," Siegel recalled. "But just don’t open it until we fully leave the parking lot and get out of here.”

Siegel was so busy working that she did not open the envelope until she arrived at her boyfriend's house that night.

When she did, she was speechless.

“At first I was in shock, I really had no words. I didn’t even know what to say.”

It accompanied a note written on a paper napkin: "God cares for you. This is NOT a coincidence," it read. "I pray you are the best RN out there."

Siegel said she told the couple about her dream of going to nursing school.​

“There is true, caring people out in this world," she said.

She plans to put the money toward school and a new car.