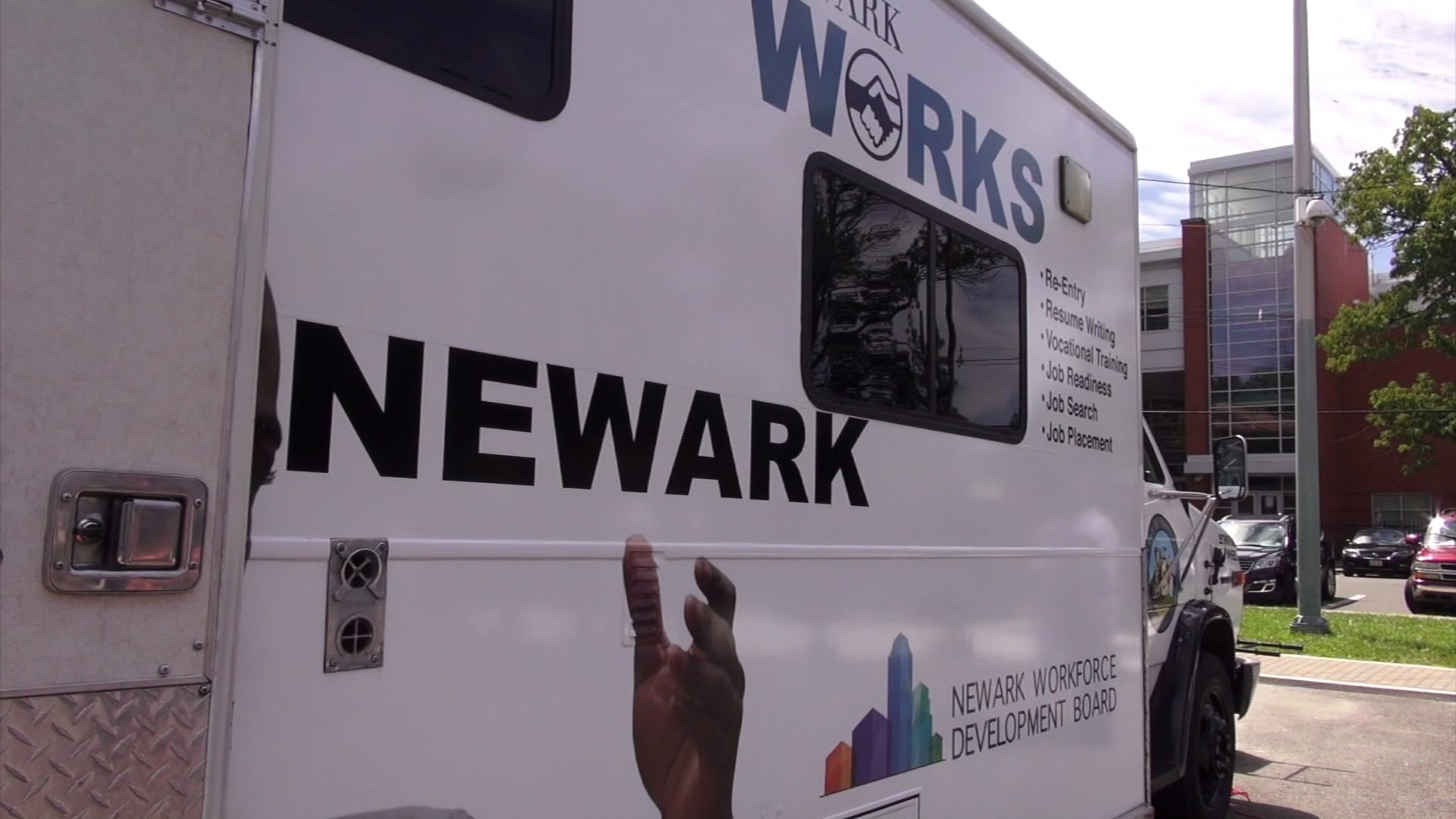 HelloFresh, a global food distribution company, did on the spot interviews and hiring.

NEWARK, N.J. —  The city of Newark parked the 'job mobile' in the courtyard of a public housing complex this afternoon.

Muhammad said the city struggled to find the funds to buy an RV. He said the police director came up with the idea to repurpose a vehicle in their fleet. It was used to load up suspects when making large-scale, sweeping arrests.

Today, the same vehicle has been refurbished to include rows of desks with computers.

City residents crowded inside to upload their resumes.

“I’m trying to build a better future for my kids," said Renee Waynick, a mother of four. She lives in Bradley Court, the public housing complex where the job mobile parked today.

HelloFresh, a global food distribution company, did on the spot interviews and hiring.

The company moved to Newark a year ago after outgrowing their space in Linden, N.J. They now occupy a 350,000 square-foot building in the city and recently established a new call center in Newark's Gateway Center.

HelloFresh is one of many investing in the resurgent city.

Also on site at the unveiling was a tech start up that recently relocated to Newark, 1HUDDLE. CEO Sam Caucci said they specifically designed a mobile gaming app for city residents to help them prepare for a required state vocational test.

"It’s more fun to play game that gets you ready, than to a read manual," said Caucci. “We are excited to work with both the people that power our workforce and the great people in the city of Newark who work hard every day to give their citizens the tools to succeed.”

Mayor Baraka promised Newarkers that the job mobile will park in neighborhoods most in need. Baraka said major companies including Amazon, Shop Rite, UPS and FedEx have committed to come to Newark’s neighborhoods to do interviews.

"Stevie Wonder could see what’s happening in Newark," Mayor Baraka said to the crowd of residents. "It’s important for you to be apart of that growth."