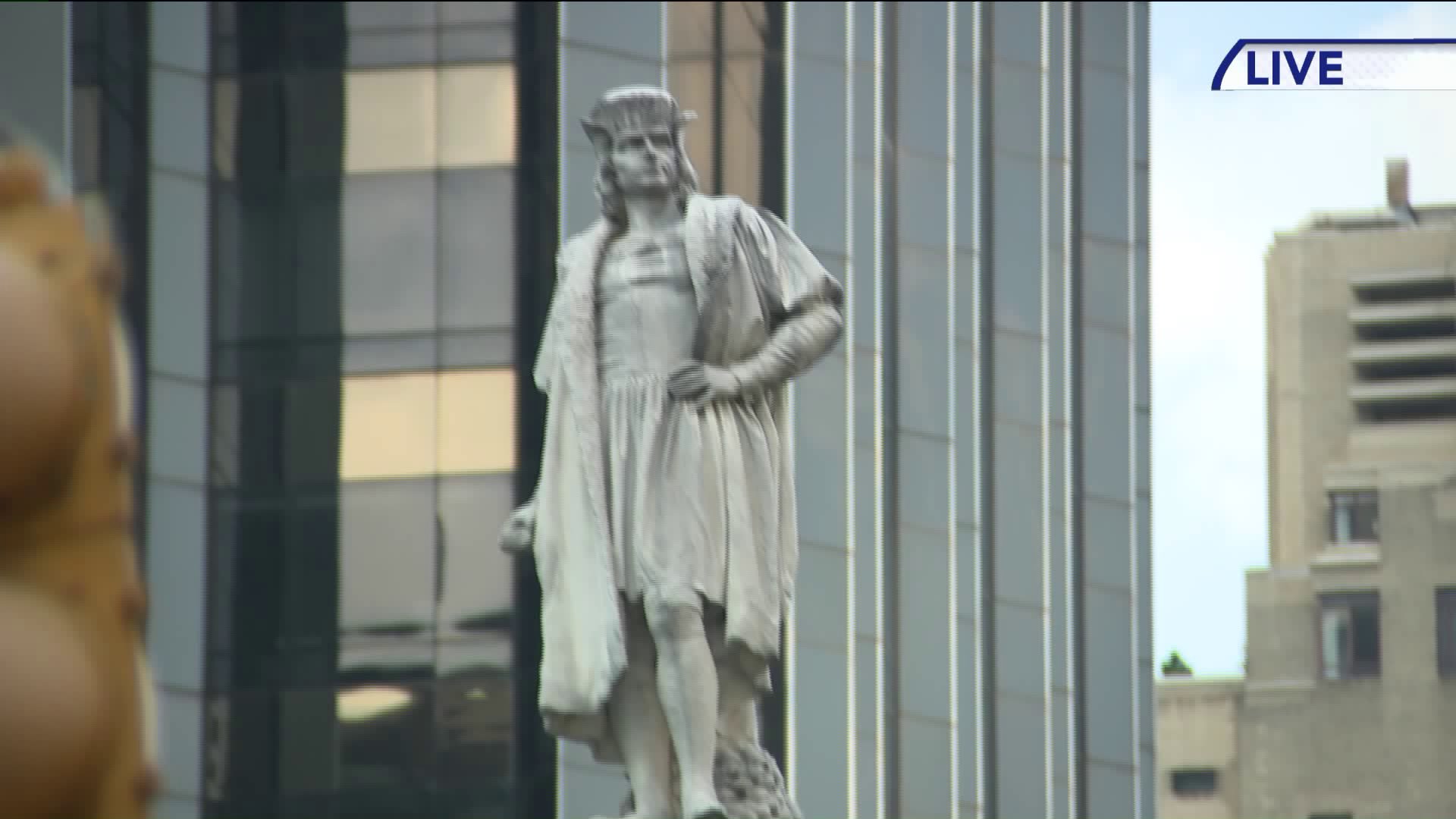 As calls for the removal of statues honoring confederate soldiers continues nationwide, a local official has refocused the spotlight on the Christopher Columbus monument at Columbus Square.

BAY RIDGE, Brooklyn — To some, Christopher Columbus is an explorer. To others, he is  a destroyer of Native American people and culture.

"There is ongoing dialogue and debate in the Caribbean, particularly Puerto Rico, that there should be no monument or statue of Christopher Columbus based on what he signifies to the native population: the oppression and everything that he brought with him," Mark-Viverito said at a news conference.

"We know that the alt-right see these individual monuments where they can worship at the altar of bigotry, hatred and violence," Congresswoman Yvette Clarke said.

It was expected to be a peaceful news conference and rally, but one lone jeckler wanted to be heard.

"The Democratic Party is linked with slavery and the KKK," Gary Phanuf shouted. "You cannot rewrite history."

The crowd at the rally chanted "no hate." With the violence in Charlottesville and so many confederate statues being removed across the country, many New Yorkers say they are looking for peaceful solutions.

"The confederate statues are completely different," Patrick MacGill, a Bay Ridge resident, told PIX11. "Christopher Columbus did a lot of horrible things, but he still discovered the new world."