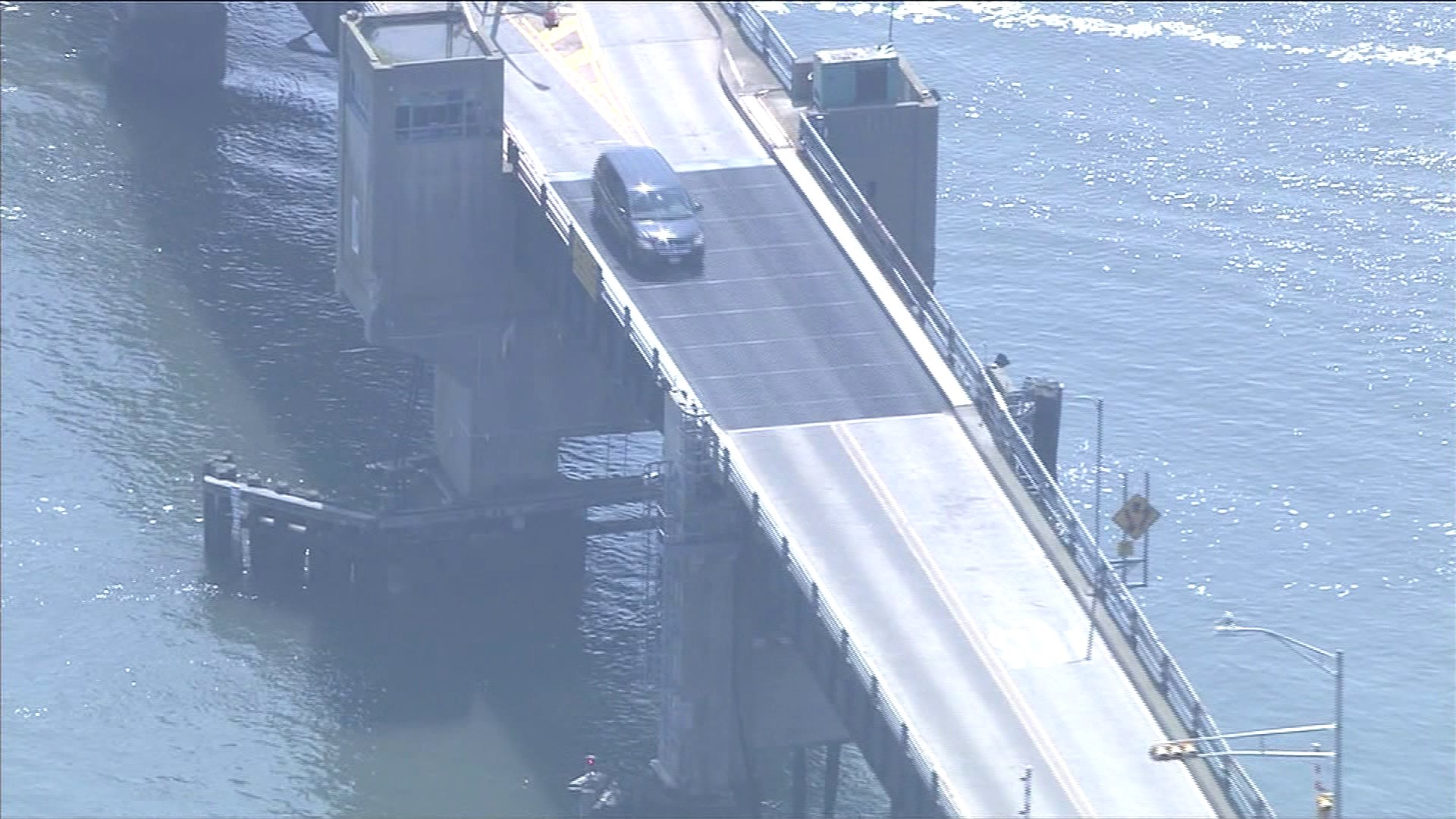 CAPE MAY COUNTY, N.J. – A man says he and his family are lucky to be alive after he had to slam on the accelerator, sending their car flying off the edge of a rising New Jersey drawbridge, over the gap and to the other side.

Terrence Naphys said it happened Aug. 1 as they drove to Wildwood and Cape May, two popular resort destinations, to go shopping and eat. When they got to the Middle Thorofare Bridge they paid the toll and began driving when "my wife said, 'I think the bridge is opening,'" Naphys recalled while speaking with KYW-TV.

"He accelerated, and of course then we landed with a big impact on the concrete on the side," his wife, Jackie Naphys, said.

No one was hurt, and the family car still outwardly appears undamaged. A trip to the mechanic, however, revealed an estimated minimum $10,000 in damage to the vehicle, according to Terrance Naphys.

New Jersey State Police said the drawbridge was opening for a large vessel that had a broken radio, killing communication with the bridge operator. A police report obtained by KYW also states that the employee in charge of raising the bridge "wasn't sure" all vehicles were clear "due to a strong sun glare."

The Cape May County Bridge Commission, who authorities say failed to properly clear the bridge before raising it, released a statement saying they continue to investigate the incident and that they "take the safety of the traveling public very seriously."

While the Naphys are thankful they weren't hurt, they said no one from the bridge commission has reached out to them. Terrance Naphys said he will "never ever drive that bridge or probably any drawbridge again."