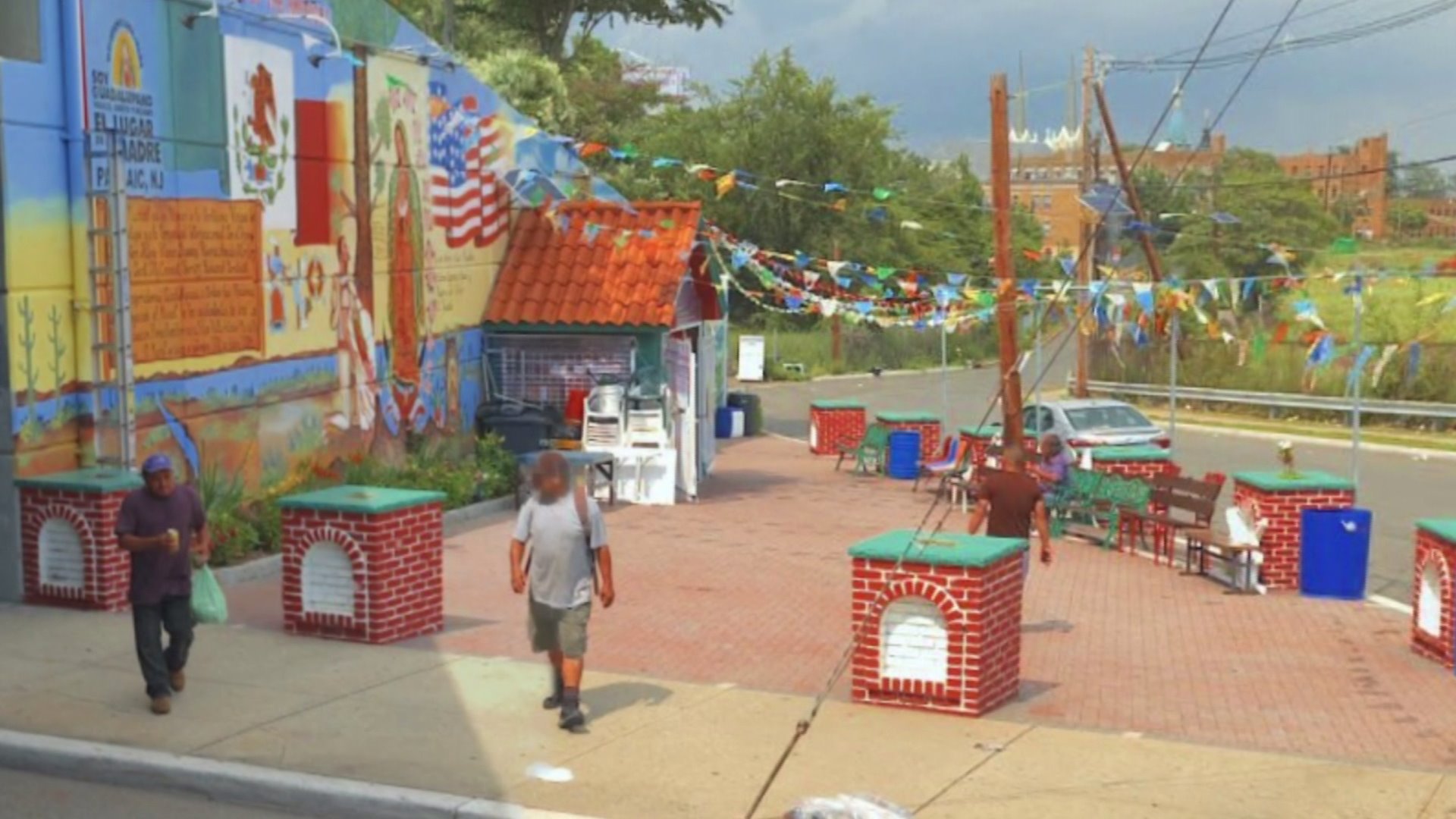 The elaborate and colorful site on the side of a Route 21 overpass onHope Avenue and Madison Streetwas a sanctuary for many.

PASSAIC, N.J. — A community-built, un-permitted shrine to the Virgin Mary of Guadalupe was dismantled by the City of Passaic on Wednesday, 14 years after it was erected. The elaborate and colorful site on the side of a Route 21 overpass on Hope Avenue and Madison Street was a sanctuary for many.

"We have a place to come and kneel to it," said Maria Cheaz, a city resident. "It was very spiritual."

Cheaz said she has come to light candles at the site before, but will not be returning now that it's been torn down.

"They destroyed it," she said.

"No one is allowed to simply put up religious shrines in public areas, put up donation boxes and leave it there permanently," said Mayor Lora. "They were unlawfull​y receiving donations and money from people who were genuinely going there to express their faith."

The Bishop of Paterson put out a statement that the shrine was never condoned by the Catholic Church and any donations accepted at the site were done without the Diocese's involvement.

The shrine was erected after a local boy claimed he saw the face of the Virgin Mary appear on a wood stump. The stump was placed inside a glass case and the housing and decorations around it followed.

"Other mayors have worked with the community about having that there," said Chaez. "He was the only one to have an issue with it and it's because he is Pentecostal."

Mayor Lora is a minister. He stated the religious shrine was removed from public property at no cost to the community members who erected it and $12,000 in fines incurred were waived. He also said he gave the group who maintains the shrine six months to move it to another location.

"I have to do what is correct," said Mayor Lora. "I can't answer as to why others did not."​

"I think it's bad what they did here," said another resident, Noel Acosta. "I believe that everybody should respect each others religion."

Police cars were stationed at the site all day on Thursday.

A new location for what stood at the shrine location is still being determined.