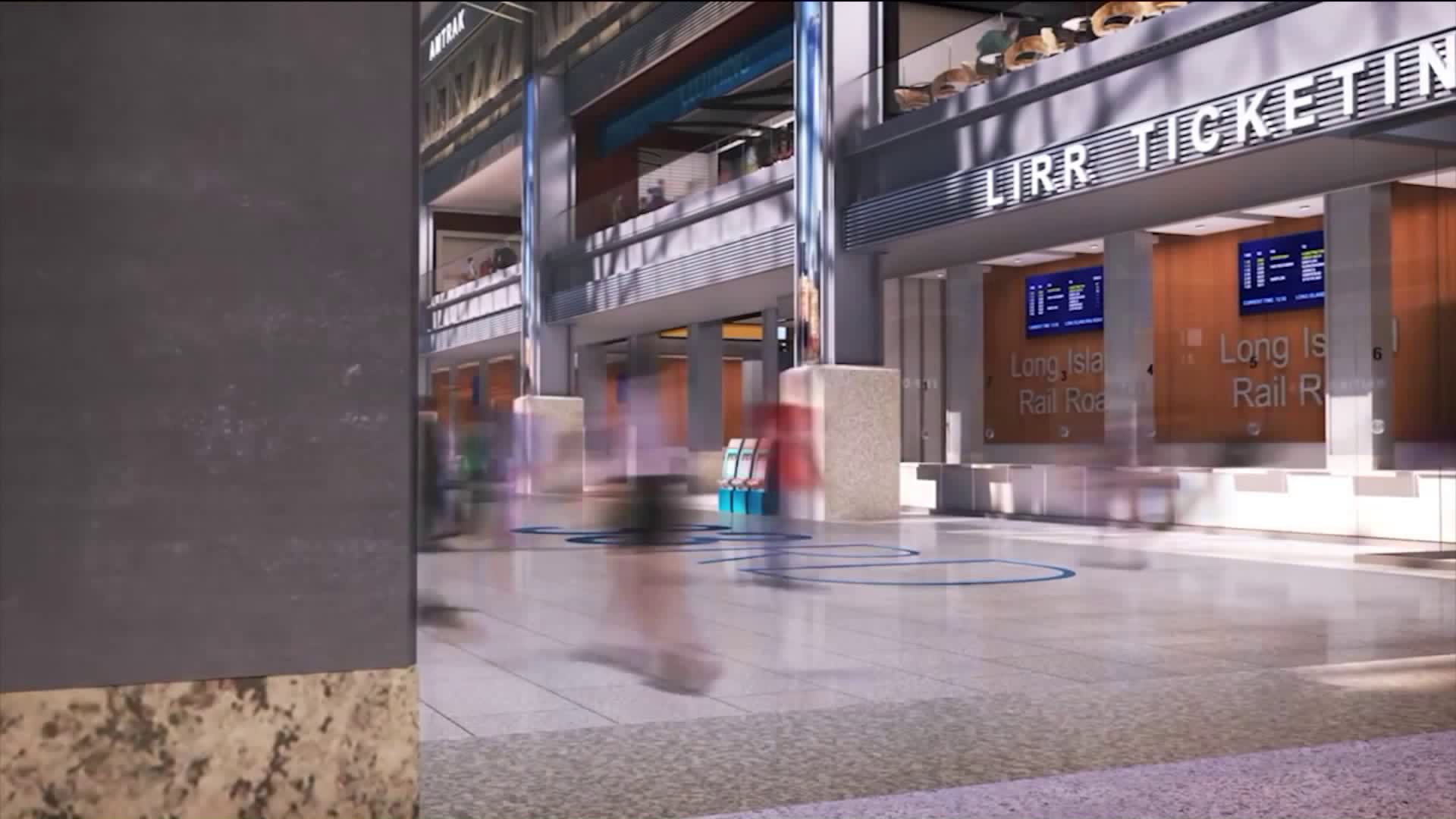 New York Gov. Andrew Cuomo has announced the start of major construction for a new light-filled train hall across from the cramped and dark Penn Station.

MIDTOWN, Manhattan — It's an infrastructure project that's been decades in the making.

Now, at last, the new Penn Station is becoming recognizable as an architectural landmark.

It, along with a variety of other major building projects across New York, had Governor Andrew Cuomo promoting the state, as well as himself, on Thursday.

"One hundred billion dollars, 250,000 jobs," the governor said, promoting a variety of infrastructure projects statewide, "these projects are shovels in the ground."

The project he was specifically promoting on Thursday was the next major phase of the development of the expanded Penn Station, in the Farley Building, which had been home to a postal processing facility until renovations began last year in the building across Eighth Avenue from the current Penn Station.

Cuomo used the milestone of workers having finished opening up a central hall in the Farley Building -- one larger in size than the one at Grand Central, according to the governor's office -- to reference other active New York State building projects as well, such as the construction of new terminals at Laguardia Airport and other airports upstate, or the building of new bridges, like the Tappan Zee and the Kosciusko.

Why exactly the event was needed, depends on who's asked. The governor's office said that it was important to acknowledge that the old post office sorting room floor had had its slab floor removed five months ahead of schedule, making way for the new, cavernous main hall.

One political analyst, at least, saw the event through a different lens, however. "If you look at government," said Thomas Halper of Baruch College, "they like to talk about building things and not maintaining things."

Halper, the author of four books on American politics, said that the Thursday event was politicking at its best, for Cuomo.

"He's had a rough summer," Halper said, referring to a variety of problems on the rails of New York City, including multiple derailments on the subway and Long Island Railroad, for which Cuomo has gotten the bulk of the blame, whether he was responsible or not.

Halper said that the Thursday event was Cuomo fighting against the scorn. In order "to change the subject," said Halper, "but keep it on the topic of transportation."

As for the people paying the taxes to create a new building in which they'll board and disembark from trains, opinions were generally positive.

"It's nice when you walk around and you see something new, see something nice," said Margie Farina, at the current Penn Station, having just arrived from New Jersey.

"Give people a little taste," Jhani Travette, a New Yorker who was waiting for an Amtrak train to Washington, "I want to see it, now that you've mentioned it."

Opinions like those, albeit sampled at random and unscientifically, nonetheless bolster the governor's self-promotion.