Trump ends his stay in NYC on a decidedly low note, heads back to NJ golf club 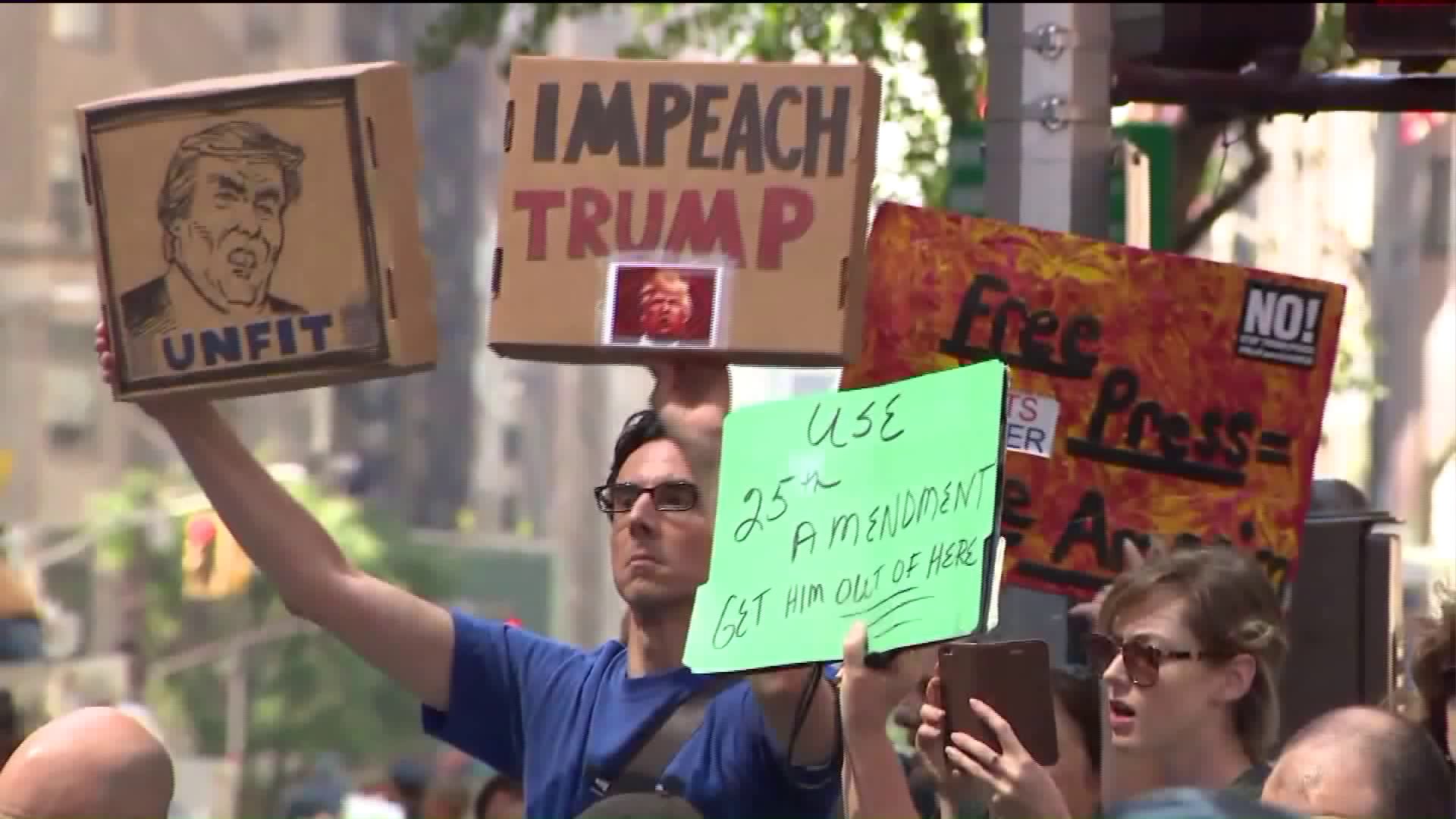 A few hours before Pres. Trump left his Trump Tower penthouse, a few protesters had to be escorted out of the building`s lobby by police

MIDTOWN MANHATTAN — President Donald Trump is now back at his golf resort home in Bedminster, New Jersey, after ending his first stay in New York as president.  It was unforgettable, but not necessarily in the most positive ways for Trump.

Shortly before he departed Trump Tower in his motorcade, the president dissolved his two business advisory groups, essentially due to a lack of membership.  The groups, were made up of CEOs of major corporations and leaders of business organizations.  At least 11 of the leaders resigned before Pres. Trump dissolved the groups.

The corporate leaders clearly wanted to distance themselves from comments the president had made on Tuesday and on Saturday about violence in Charlottesville, which had equated acts of protest against neo-Nazis, Klansmen and other white supremacist groups as being as violent as the hate groups' actions in the first place.

A few hours before Trump left his Trump Tower penthouse, several protesters had to be escorted out of the building's lobby by police.  Those protesters were joined by a few dozen others on hand in a designated zone about a block away. They held signs and chanted against the president as he drove past on his way to the heliport.  A line of police officers and city sanitation trucks separated the commander in chief from the demonstrators.

Also on Wednesday, mourners descended on a church in Charlottesville for the funeral of Heather Heyer.  She was killed while counter-protesting hate groups on Saturday.  Her mother addressed those groups directly in her eulogy.

"They tried to kill my child to shut her up," said Susan Bro.  "Well guess what?" she continued, "You just magnified her."