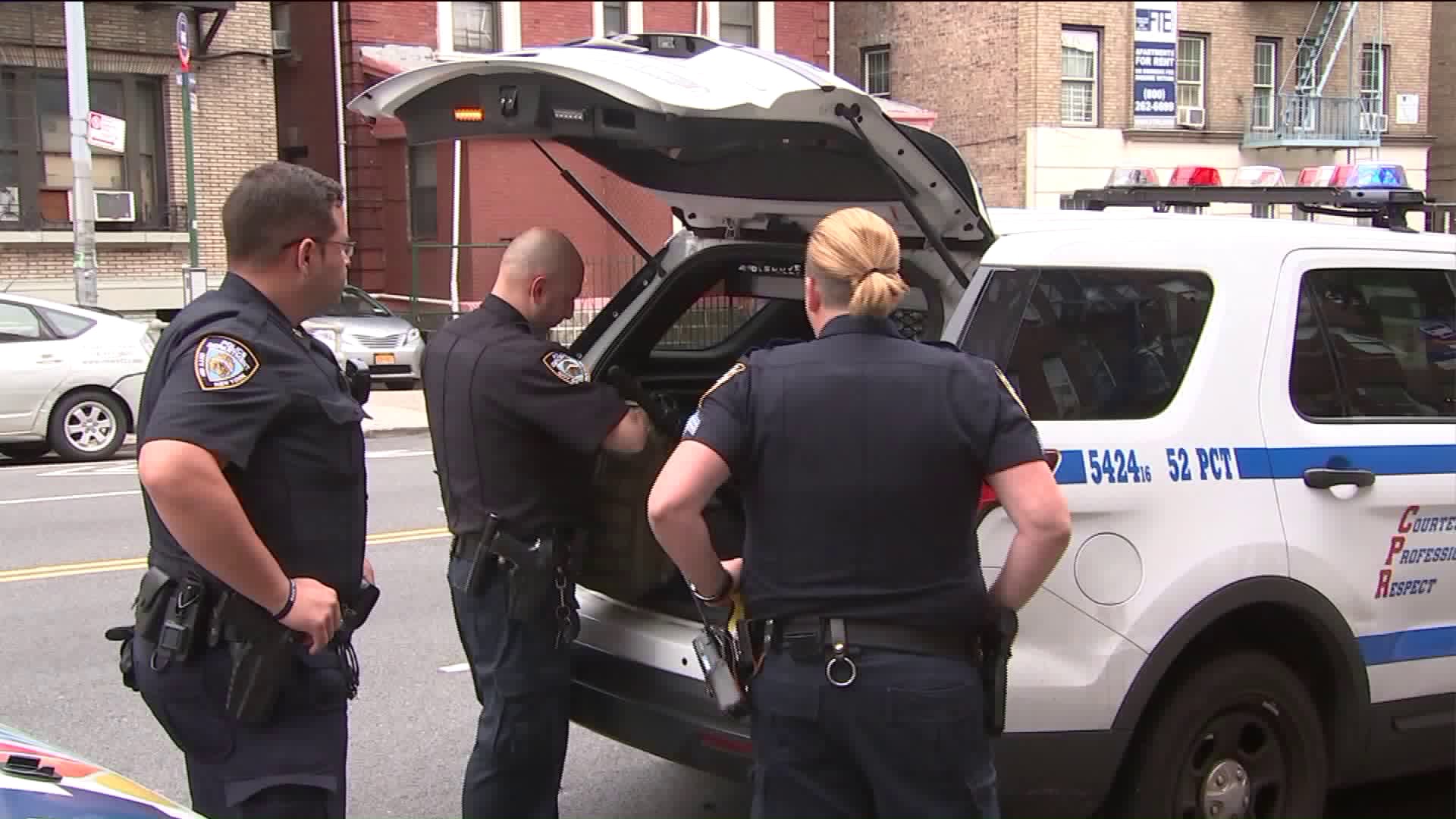 A woman`s son allegedly choked his mother`s ex-boyfriend to death Monday after spotting the man beating his mother inside their Bronx apartment, police said.

UNIVERSITY HEIGHTS, the Bronx — A woman's son allegedly choked his mother's ex-boyfriend to death Monday after spotting the man beating his mother inside their Bronx apartment, police said.

Police arrested Luis Moux, 18, of the Bronx, and charged him with manslaughter, the NYPD said.

The 43-year-old ex-boyfriend, identified by police as Stanley Washington, of the Bronx, showed up at the University Avenue apartment around 4:30 a.m. to talk to the mother, police said. The two argued in the hallway.

He followed her into the apartment and then allegedly began beating the 37-year-old woman, police said. Her 18-year-old son heard what has happening and rushed out of his bedroom.

The teen allegedly fought with his mom's ex-boyfriend, pulling the man off of his mother, police said. He allegedly choked the man to death.

Police sources said Washington has 26 prior arrests. Two of them are for instances of domestic violence against the teenager's mother.

Police took the teen into custody on Monday.