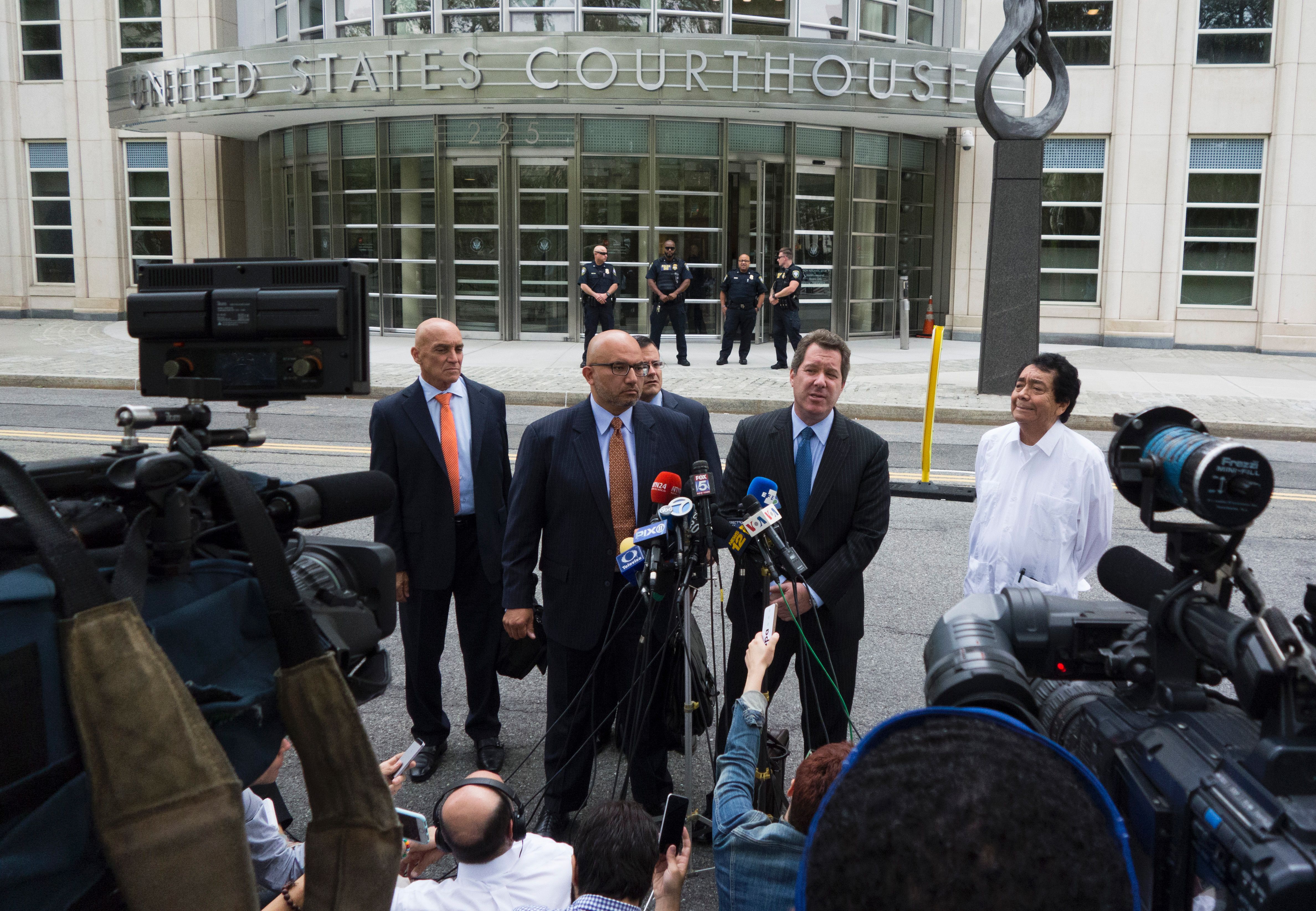 Lawyers for Joaquin “El Chapo” Guzman say they still want to find a way to represent the Mexican drug lord despite a judge refusing to assure them that they will get paid.

Lawyers for the infamous drug lord Joaquin “El Chapo” Guzman say they want to defend him—but they also want to get paid.

“We are looking forward desperately to come into this case and fight for Joaquin Guzman,” said defense attorney Jeffrey Lichtman. “At this point though, we need to make some arrangements to make sure that we can come in and that we’ll be able to actually get paid.”

“El Chapo,” one of the world’s most notorious drug kingpins, appeared in federal court Monday seeking to have his public defenders replaced by private lawyers. U.S. District Judge Brian Cogan said that while Guzman can hire his own private legal team, there is no guarantee that prosecutors won’t later seize their paychecks if their fees are paid from drug profits.

Some of Guzman’s family members were in the Brooklyn courtroom during the hearing. Lichtman says that Guzman has not been able to meet with his family since his extradition, but that he will sit down with one member on Thursday. He is expected to discuss how he will pay for his private legal team then.

Guzman was extradited to the U.S. in January. He has pleaded not guilty to multiple charges, including laundering billions of dollars through his drug cartel. Guzman, who has previously escaped prison twice in Mexico, remains in a high-security Manhattan jail. He is being held in solitary confinement.