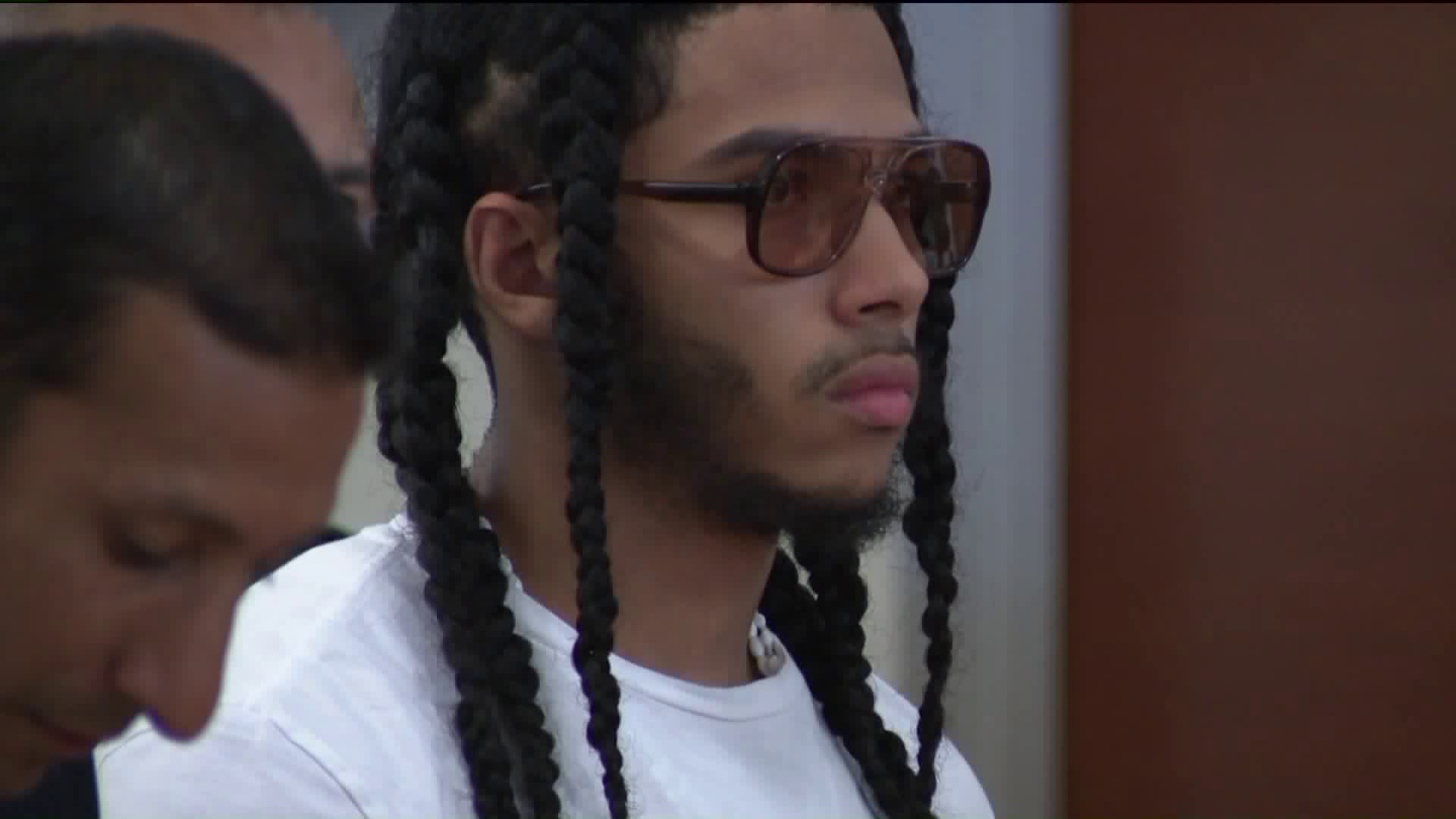 New information indicates that in the case of Pedro Hernandez`s attempted murder charges, an assistant district attorney worked with two detectives under investigation to force witnesses into falsely claiming that Hernandez was the shooter.

It's a marquee national case of criminal justice, and now, new information obtained by PIX11 News indicates that in the case of Pedro Hernandez's attempted murder charges, an assistant district attorney worked with two detectives under investigation to force witnesses into falsely claiming that Hernandez was the shooter.

The evidence also indicates that the case of Hernandez, 17, is one of many in which an assistant DA joined with police to force false testimony.

Regarding Hernandez specifically, he'd been charged in two separate 2015 shootings of Shaun Nardoni, for which Hernandez was jailed on Rikers Island for a year, and Tyrese Revel.  Hernandez, has always maintained his innocence and refused a plea deal that would have released him from lockup in Rikers.

PIX11 News had, in previous reporting, shown that Nardoni said police had forced him to identify Hernandez as his shooter, even though, Nardoni said, he did not know Hernandez. The detectives strengthened their case against Hernandez by obtaining the testimony of a witness named William Stevens.

Now, PIX11 has obtained a new video statement from shooting victim Tyrese Revel that says that he was not only physically threatened by detectives to point a finger at Hernandez, but that Assistant District Attorney David Slott was complicit in the threats.

"The corruption is not only with detectives [David] Terrell and [Daniel] Brady, but it's also with the district attorney's office," said private investigator Manuel Gomez, who interviewed Revel,

Gomez has been hired by Hernandez's family.  He amassed enough evidence over his year-long investigation that New York Daily News columnist and social justice activist Shaun King made Hernandez's case a call to action.  That resulted in the Robert F. Kennedy Human Rights Organization getting the teen's $250,000 bail reduced by more than half.  RFK Human Rights then  posted his bail, and has also signed on as a legal representative for Hernandez.

The organization has argued that Hernandez's human rights have been violated by the police, the district attorney's office, the courts and the corrections system.

It's even worse than that, Gomez told PIX11 News.

The witness to the shooting of Nardoni that detectives produced, William Stevens, told Gomez, in a video statement and in a lengthy written affidavit, that Terrell and Brady, with Assistant D.A. Slott's approval, physically abused him in order to compel him to make false statements against Hernandez.  Stevens said that it's a tactic that the detectives and prosecutors have used in other cases as well.

"They were using the same witness in more than 30 cases," Gomez said.

Williams Stevens's attorney has filed a notice of claim against the city. John Scola is seeking

"One to three times a week, they would take William Stevens from his bed... in handcuffs, drive him around in a patrol car and beat him until he would say that someone did the crime," said John Scola, Stevens' attorney.

Scola is seeking $10 million in damages for Stevens, and $7 million for Revel.

Because of Revel's insistence that he had never seen Hernandez before and that Hernandez could therefore not be the person who shot him, prosecutors dropped the case against Hernandez.  He still faces trial, however, over the shooting of Nardoni.

The prosecutor's case still hinges on Stevens's testimony, even though he has recanted on video and in writing.

The Bronx district attorney's office has not responded to requests for comment.

The Detectives Endowment Association, which is the labor organization representing Detectives Terrell and Brady, has discounted the claims against the detectives.

The NYPD has confirmed that Terrell is under investigation.