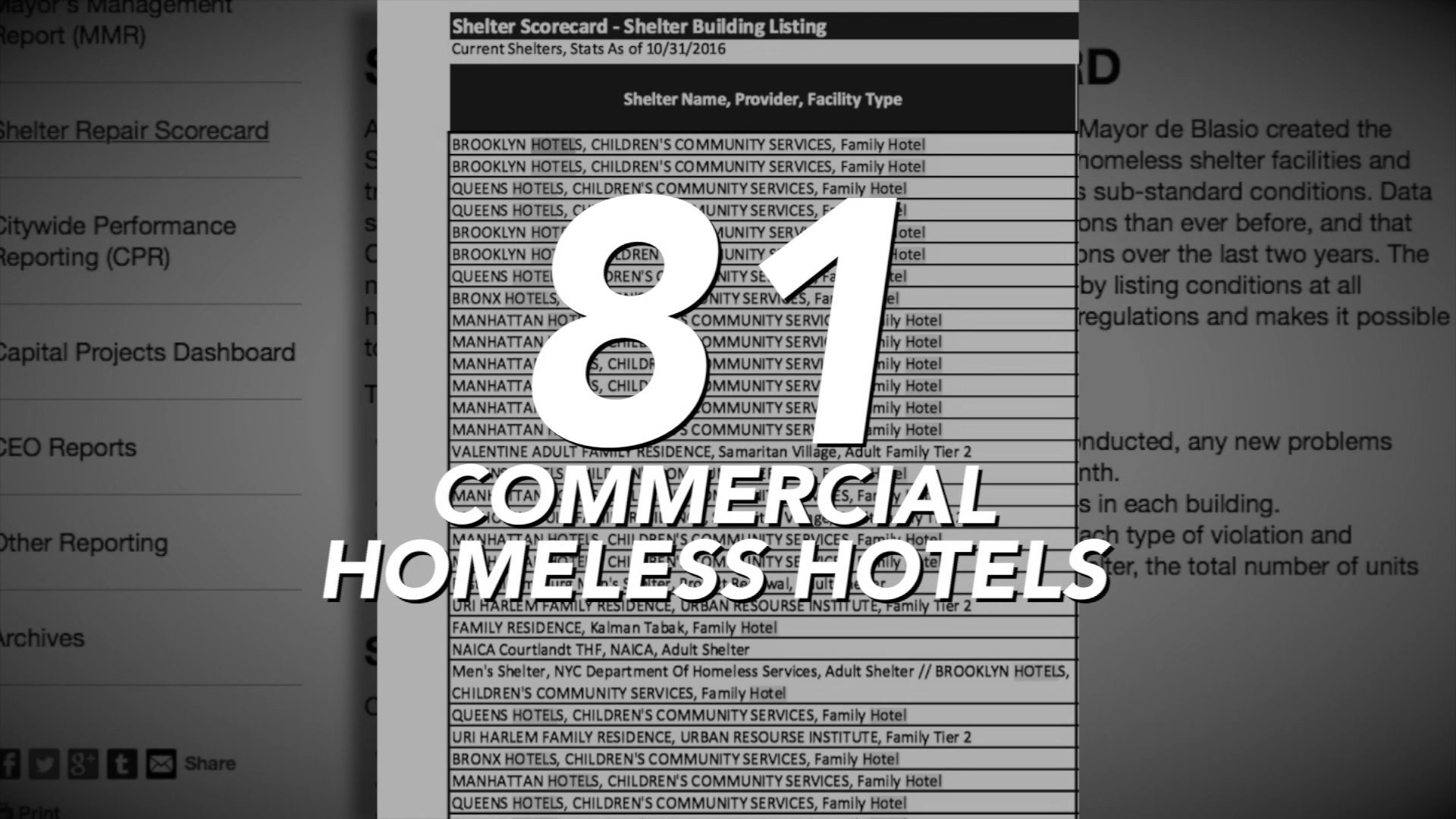 Hotels throughout the city house homeless individuals. A new bill would - if passed- force the hotels to let customers know about the homeless people staying there.

NEW YORK CITY — Legislation that would force commercial hotel owners to announce to customers that they are housing the homeless at their properties is expected to be proposed Wednesday by New York City Councilman Eric Ulrich.

"It's going to be a big stick in the eye to the mayor, who has absolutely failed abysmally when it comes to addressing the homelessness crisis that we have in this city," Ulrich said.

Ulrich did not pull any punches with his verbal jabs in front of City Hall Tuesday.

The councilmember who represents the 32nd District in Queens will introduce this legislation on Wednesday to make it a law that any commercial hotel that the city uses to house the homeless must make paying customers aware at reservation or check-in that the property houses the homeless.

For nearly two years, PIX11 News has investigated the city's homeless crisis and the reliance by the Department of Homeless Services to house the homeless in commercial hotels right beside regular paying customers.

"This bill would not be introduced if it were not for the journalism at PIX11 News," Ulrich said.

PIX11 News has reported on the issue of tourists who are oblivious of the fact that the city is housing the homeless in the hotel they are staying at.

Ulrich said the public should not be kept in the dark.

"The public has a right to know whether or not that hotel or that motel is also being used as a temporary homeless shelter," he said.

However, Ulrich also was quick to point out the following: "I would never attack homeless individuals, homeless families, but I will attack failed homeless policies."

The practice to house the homeless in commercial hotels has resulted in a consistent revenue stream for some hotels, with their owners greatly profiteering off the crisis.

When PIX11 News asked Ulrich, "What message is being sent to them with this?"

He quickly responded, "I think this is going to scare the daylights out of them. They don't want advertise on the internet or in the lobby of their hotel or motel that they have homeless people staying there but they ought to know better."

As for the chances that this legislation will pass, Ulrich said "it's going to be an uphill because the mayor is not going to want it."