SEE IT: The Monkees perform at World Trade Center in 1995 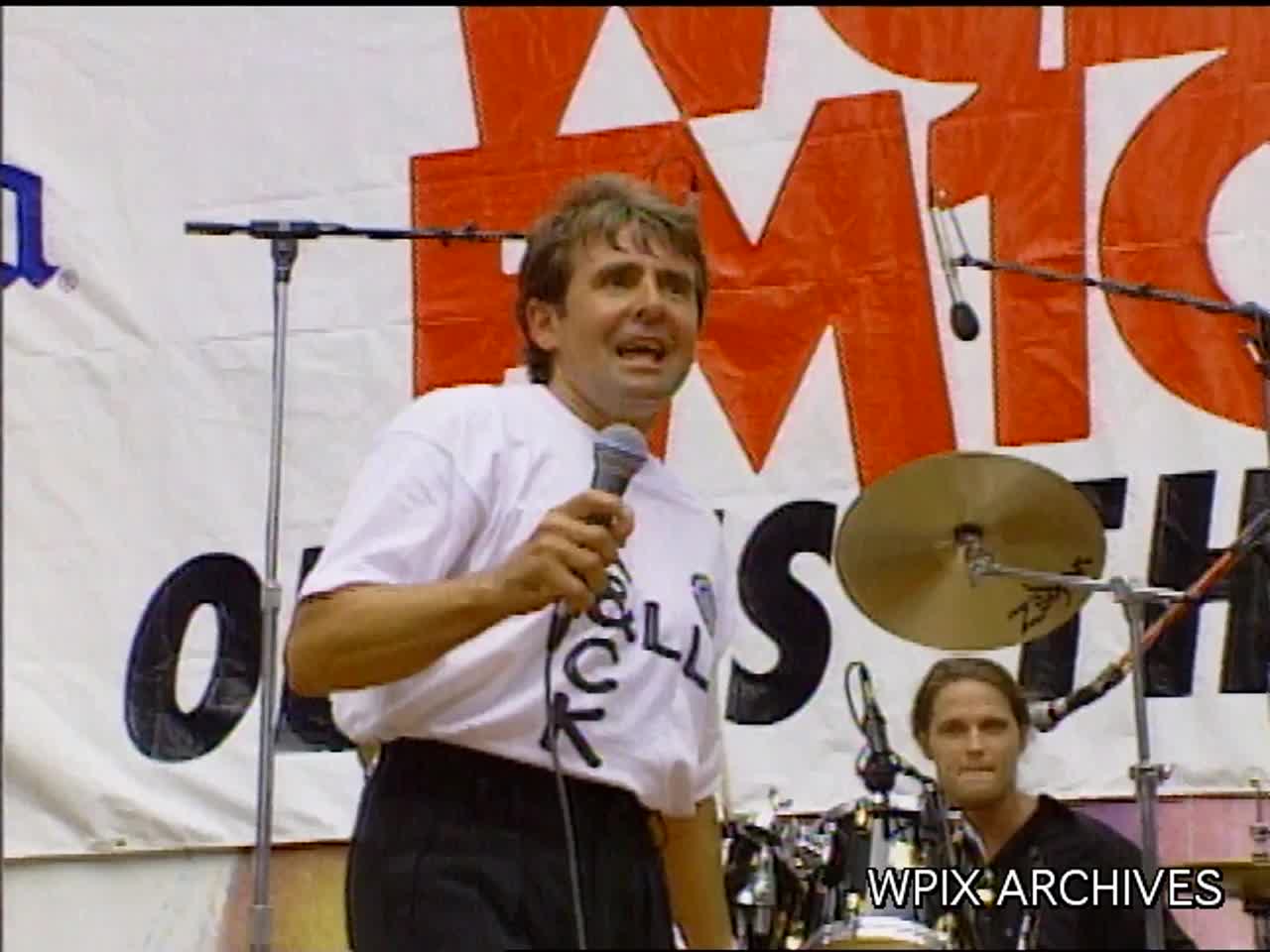 The concert happened on Aug. 3, 1995 in the plaza of the World Trade Center

On Aug. 3, 1995, Davy Jones, Micky Dolenz and a crowd of adoring fans brought memorable musical magic to the plaza of the original World Trade Center.

The 1960s group was enjoying new prominence in the mid 1990s with the "Together Again" tour featuring Jones and Dolenz. The enduring popularity of their 1960s sitcom in reruns also kept The Monkees front and center in  pop culture.

In August 1995, Jones and Dolenz made a stop at the World Trade Center, at the base of the gleaming Twin Towers, in the heart of Austin Tobin Plaza, which was a popular venue for lunchtime concerts and special events.

This would have been remembered as a fairly unexceptional event, just another stop on a tour, were it not for 9/11, which happened six years later.

This footage of such happiness in a place that would soon see such devastation is heartbreaking. It is also touching to see Jones performing. He died of a heart attack in 2012 at the age of 65.

Needless to say, those who were there that day have a special memory that will stay with them for as long as they live.