Can dogs get autism? Some dog owners resist vaccination rules 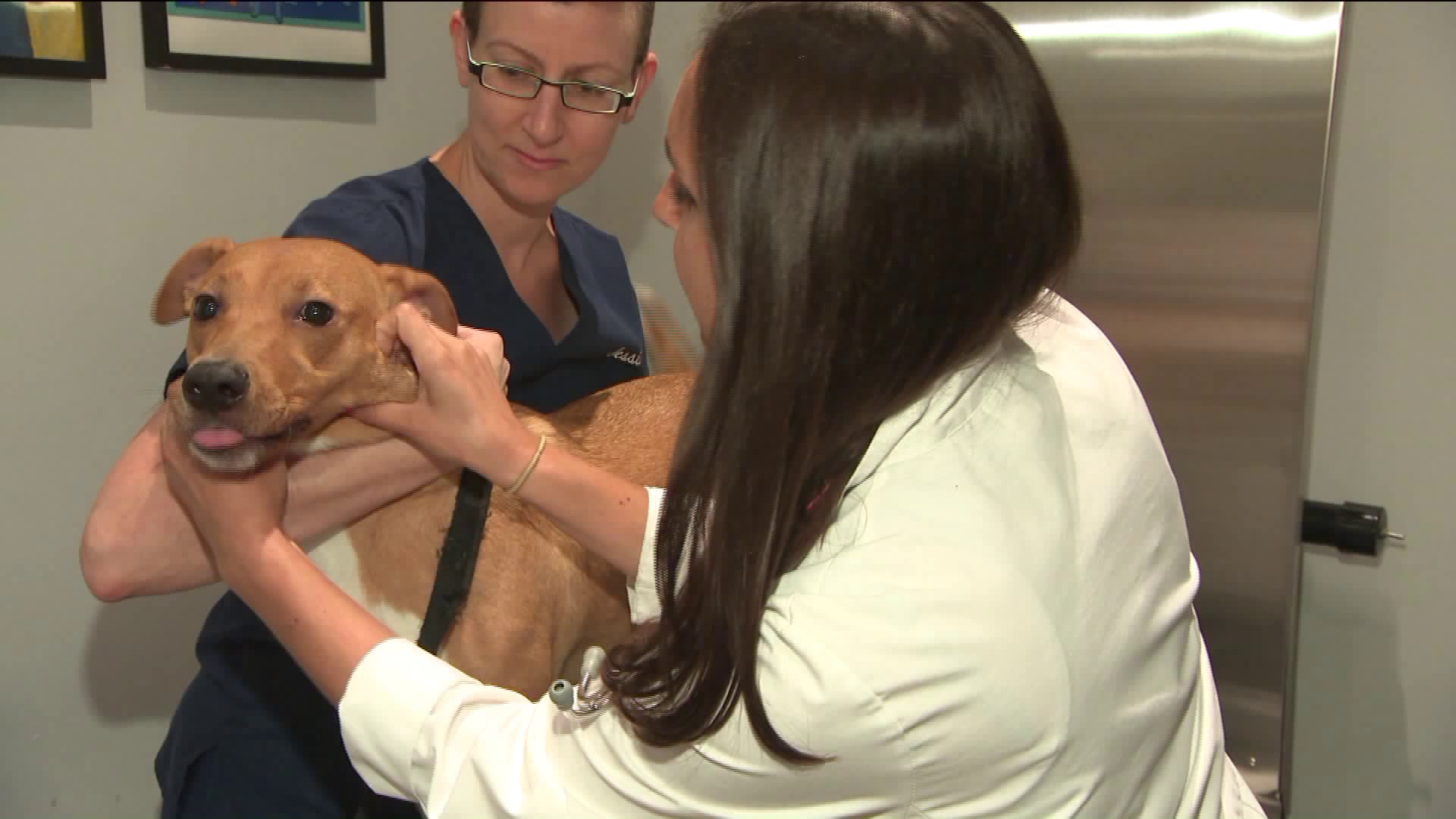 Some dog owners are now embracing the anti-vaccination movement and the governing body of veterinarians is seeing a trend nationwide. A growing number of vets are concerned pet owners are keeping their animals from getting vaccinated over fears, including that the inoculations could cause autism.

Some dog owners are now embracing the anti-vaccination movement and the governing body of veterinarians is seeing a trend nationwide. A growing number of vets are concerned pet owners are keeping their animals from getting vaccinated over fears, including that the inoculations could cause autism.

The anti-immunization fervor began with questionable data suggesting vaccines can lead to autism in children. Already an explosive and emotional debate when it comes to kids, the rejection of vaccines is now spreading to animals, in New York City and elsewhere.

“There’s definitely an increase in people who are hesitant or who have questions about the safety or the need for vaccines. It seems like the AVMA, which is our governing body, is facing this nationwide with people not wanting to vaccinate or vaccinate so infrequently or finding other means,” said Dr. Stephanie Liff, Medical Director of Pure Paws Veterinary Care of Clinton Hill.

One man walking his 12-year-old pitbull mix said, “She’s been vaccinated her whole life she’s not come down with autism or any of the other concerns. It’s part of being a responsible dog owner.”

Another dog owner said, “The only shot we don’t get is Lyme because I hear it causes more problems than it solves.”

A dog lover walking two Chihuahuas said, "I'm not comfortable with my dog being around other dogs not vaccinated for rabies.”

Liff cites several reasons for the reluctance to vaccinate.

But Liff stresses that there isn’t any data to suggest autism exists in dogs.

Right now, it’s a New York State mandate – dogs must be vaccinated against rabies. Vaccines for distemper and parvo are also recommended.

“I want my patients to be protected so there’s a few ways to get to that goal, one is to vaccinate," Liff said. "If people are concerned and want to check for antibodies for previous vaccines, we can do that, that’s called a titer test. Or sometimes we just elect to vaccinate more slowly, instead of two on the same day, we just give one and come back later to do the other. In spite all of that, some people will choose not to vaccinate and we just have to manage that dog’s lifestyle to limit their risk."

While Dr. Liff understands the concerns of “anti-vaxxers,” she encourages her patients to get protected. “They walk outside with no shoes on, they nose around in bushes and dirt and chase wild animals and they drink standing water and sometimes eat fecal material, their exposure is higher than some people think.”