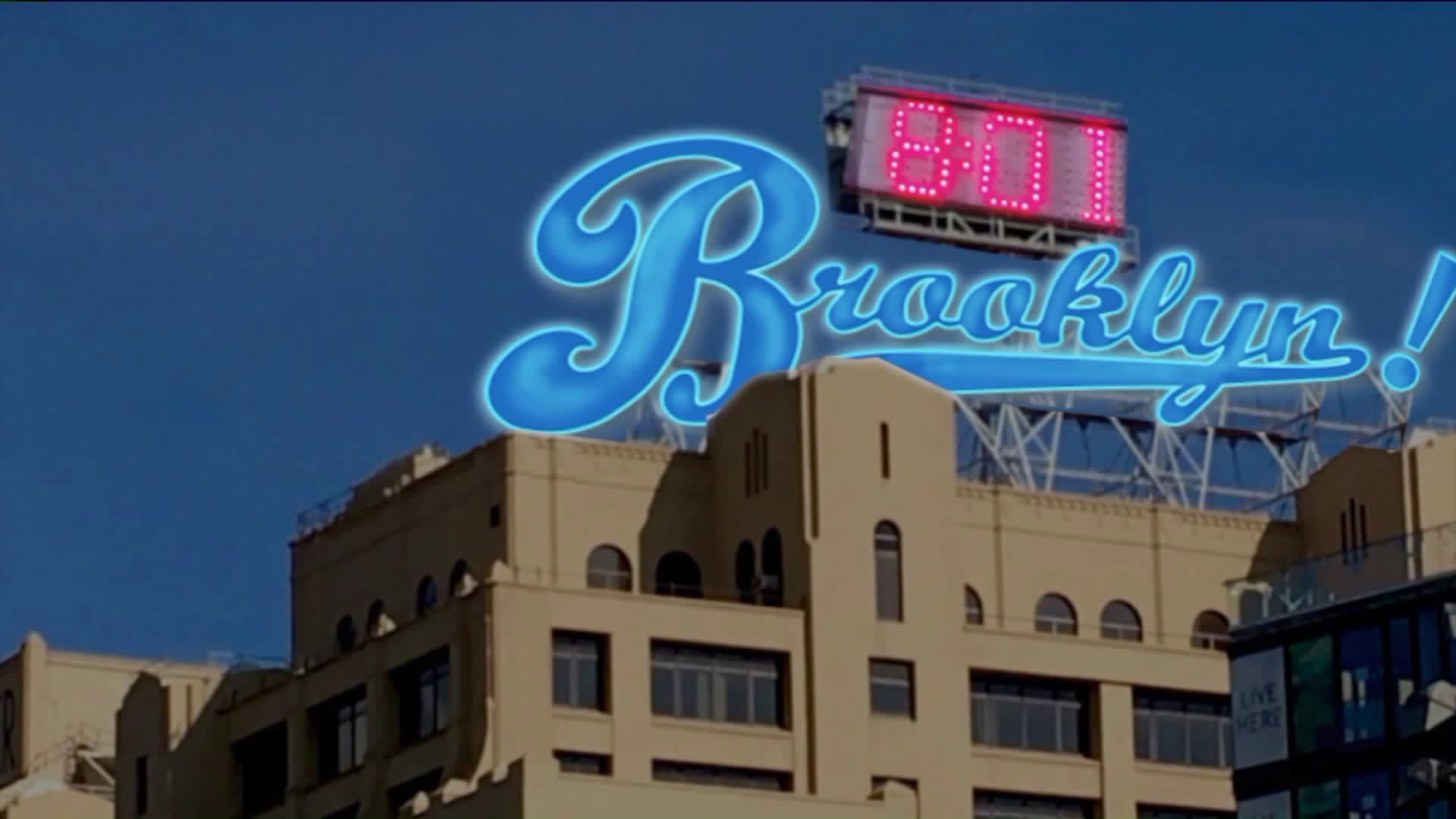 An arsits has decided Brooklyn needs a sign, something similar to "Hollywood" sign out in LA. So she took some pictures, came up with a design and photoshopped it into the skyline at a couple different locations.

BROOKLYN — Back in 2007, artist Susanna Briselli had an office near the South Street Seaport that looked out on the Brooklyn skyline.

"People who would come and visit us, we'd take them up on the roof and show them the landscape and they'd say, 'Well, we see the Brooklyn Bridge, but where exactly is Brooklyn?'" said Briselli.

It happened so many times she decided Brooklyn needed a sign, something similar to "Hollywood" sign out in Los Angeles. Briselli took some pictures, came up with a design -- classic script from the old Brooklyn Dodgers uniforms with an exclamation point -- and photoshopped it into the skyline at a couple different locations.

"That's what makes it Brooklyn. It's not just Brooklyn, it's Brooklyn!" she said.

Several officials seemed to love the idea, but there was too much political red tape to make the sign a reality. But after the Watchtower building, the one with the bright red sign to the right of the Brooklyn Bridge, was sold last year and word spread that the sign is coming down, there was a glimmer of hope. Briselli wrote two letters to LIVWRK and Kushner Companies, two-thirds of the group that bought the Watchtower building for $340 million last year.

"It has such a rich history," Briselli said. "It's equal or better than Hollywood, if you ask me, as a place to note."

Tarease Bryant is very familiar with the Hollywood sign. He moved to New York from L.A. just two years ago.

"I love it. You can see it from Long Beach and you've got the mountains there, it's beautiful," Bryant said.

He said replacing the Watchtower sign with Briselli's design would be a great idea that would only entice more tourists to cross the bridge.

"They would know. There's no guessing no more. That's Brooklyn, let's go," he said.​

So after 10 years, Briselli is hopeful one final push, with enough support, may make her dream a reality.

"Maybe with enough pressure and enough publicity and enough people wanting it and sounding off about it, maybe, maybe, maybe they would pay attention and do something civic, these real estate people for a change," she said.

​PIX11 News reached out to LIVWRK and Kushner Companies for comment but they declined. We also reached out to former Brooklyn Borough President Marty Markowitz, who was in office when Susanna originally proposed the idea.