Chris Christie faces off with Cubs fan at baseball game 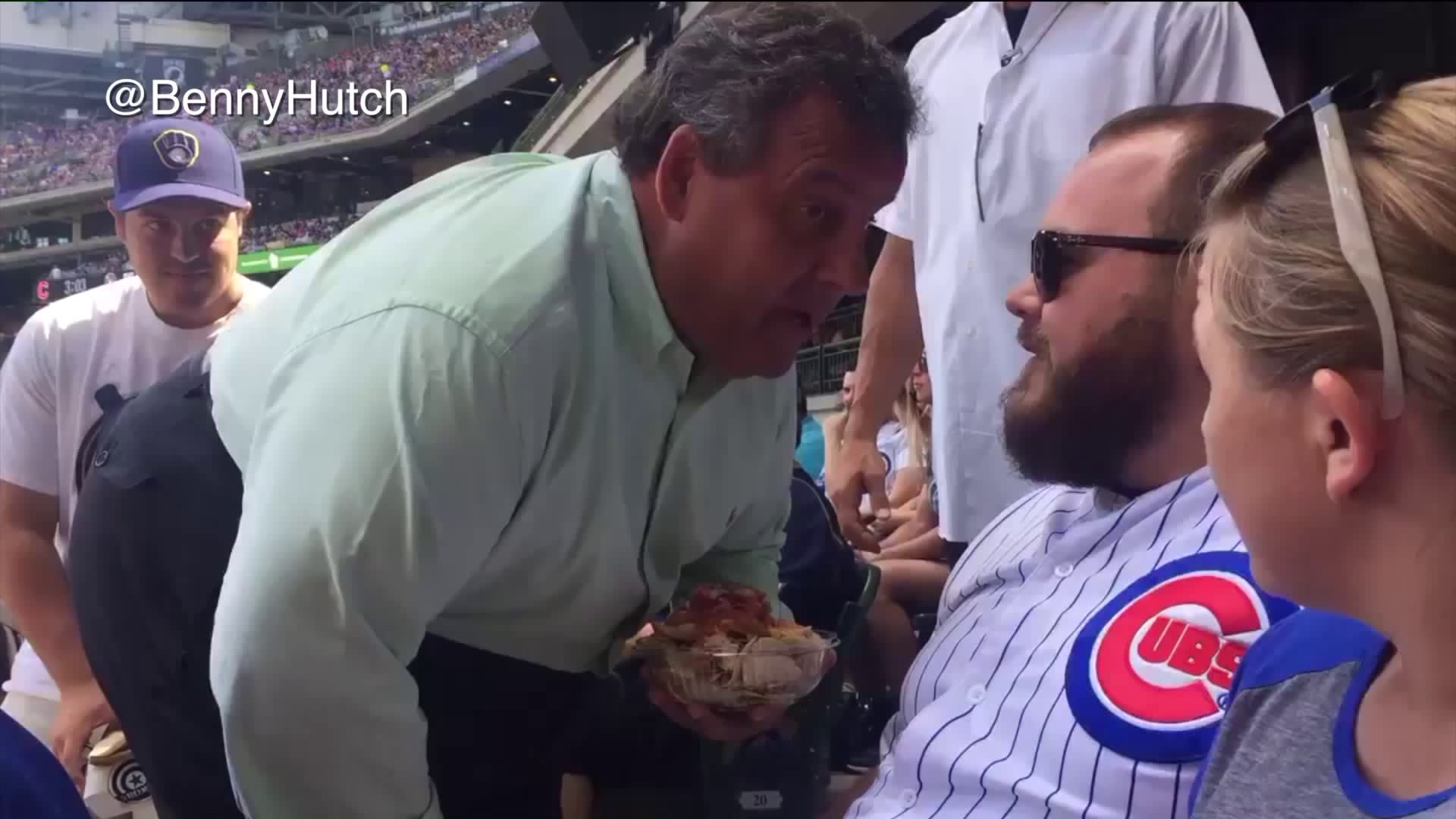 This is not the first problem the New Jersey Governor has run into at a recent baseball game.

First he was booed at a recent baseball game and now New Jersey Gov. Chris Christie was caught on camera getting right up in the face of a Chicago Cubs fan at a game in Milwaukee on Sunday.

According to footage tweeted by a WISN reporter , Christie was returning to his seat, nachos in hand, when he was razzed by some fans.

He leaned right up into one fan's face.

“You’re a big shot," he can be heard saying.

“I appreciate that," the Cubs fan answered.

It isn't clear exactly what fans were saying to Christie at the game. Christie's son works for the Milwaukee Brewers.

At #Cubs #Brewers game. #ChrisChristie was getting razzed by fans, so he got in the face of one of them. 5:30 on @WISN12News pic.twitter.com/sx8euMgFy2

The New Jersey governor was recently booed after he caught a foul ball at a Mets game. Christie gave the souvenir to a kid at the game.

Gov. Christie has angrily referred to people as big shots in the past. In 2012, he shouted at a passerby on a boardwalk after the man made a comment about the governor's education policy.