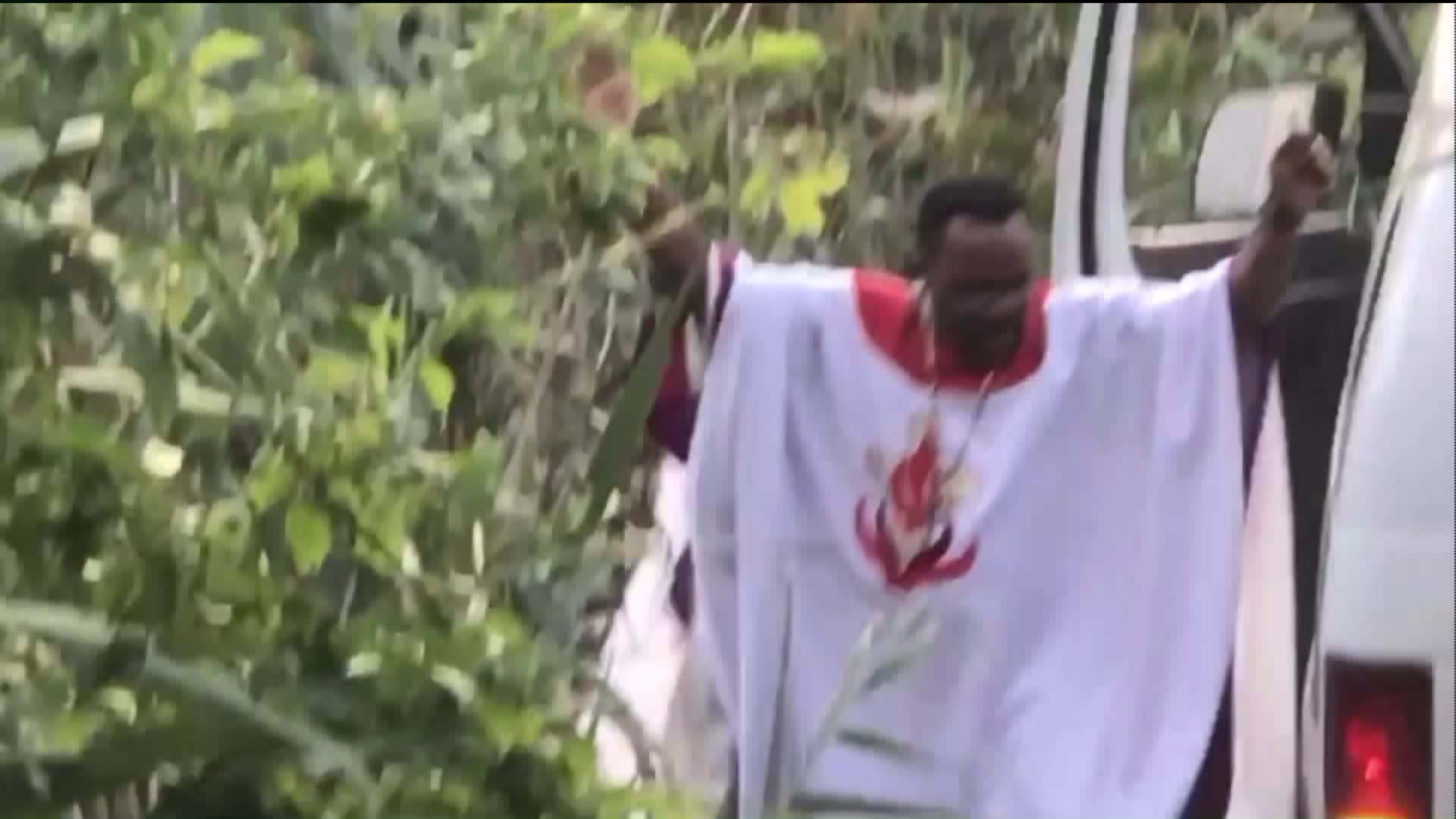 The driver is in custody.

ROSEDALE, Queens — At least six people were injured when a van slammed into two pedestrians and crashed into a nearby pond in Queens Saturday evening, officials confirm.

It happened around 7:30 p.m. at South Conduit Avenue and Brookville Boulevard.

Police say the white van was traveling at a high rate of speed on Brookedale when it struck the rear end of a Hyundai Sonata, veered into Brookeville Park and slammed into two pedestrians — a 19-year-old woman and 18-year-old man.

The van then crashed into Conselyeas Pond.

Six people in total were injured, including a child.

The 19-year-old pedestrian is listed in critical condition at Jamaica Hospital.

Exclusive video shows the driver of the van, described as a religious leader, exiting the vehicle with his hands in the air.

He is in police custody at Jamaica Hospital.

EXCLUSIVE VIDEO: Moment pastor in van that crashed into pond, comes with hands up; is loaded in ambulance pic.twitter.com/E588z3LI5N