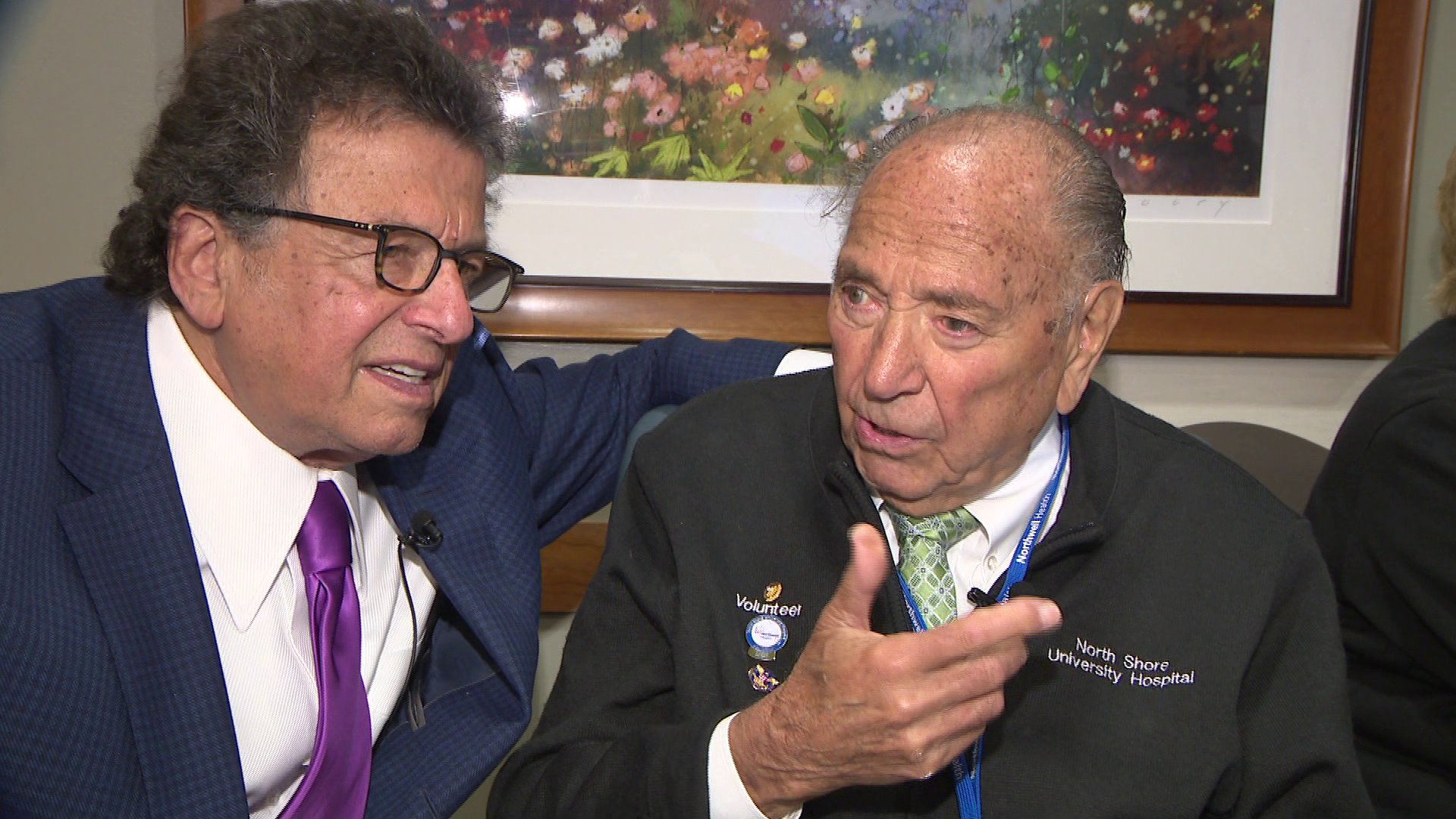 Mr. G meets Arthur Seidman who shares what keeps his giving spirit going after a century.

GREAT NECK, New York- Arthur Seidman is always on the move. "I’m going to the OR desk to pick up a form that I gave them to update," he said. “I’ve been doing this now for 23 years, it’s a labor of love." He’s 100 years old and is the longest-serving volunteer at Northwell Health. “I’m over 14,000 hours that I’ve given to the hospital."

His commitment is best displayed inside the surgical waiting area where he helps with paperwork and comforts families waiting on loved ones. “What’s the most important?" I asked. "The people," he replied. "Because this a very stressful situation for these people [and] I can lend that calmness." Since 1996, Arthur’s brought his whole heart to the hospital, helping across many different departments. “I work at the oncology center and I work with people who are getting chemo," Seidman described. "I’m just about the only volunteer willing to do that."

It’s somewhere he knows well, after supporting his late wife of 45 years during her battle with breast cancer. “She had cancer for about 14 years," he remembered. "She was a very brave woman and very proud." A strength in character they both share. Arthur is also a decorated World War II veteran who earned a purple heart. “I saw a lot of combat," he said. "I was a forward observer with the infantry."

He also worked for years as a salesman in the garment industry. And despite his age, he still lives on his own and still drives. “I almost got a ticket in 1941," he quipped. Humor and a spirit that has never wavered. “He still has empathy and compassion," Lisa Breiman, director volunteer services at North Shore University Hospital. "He doesn’t take any medications, he only has a hearing aid and reading glasses when he needs it. To me he’s an inspiration."

He’s also quite ladies man, just ask him. “These are some of the women that I’ve been involved with," he said comedically while showing us his display of photos. For Arthur, it’s all about enjoying what’s left of his life. And he says there’s nowhere else he’d rather spend his time. “It’s giving me more than what I’m doing for the patient."