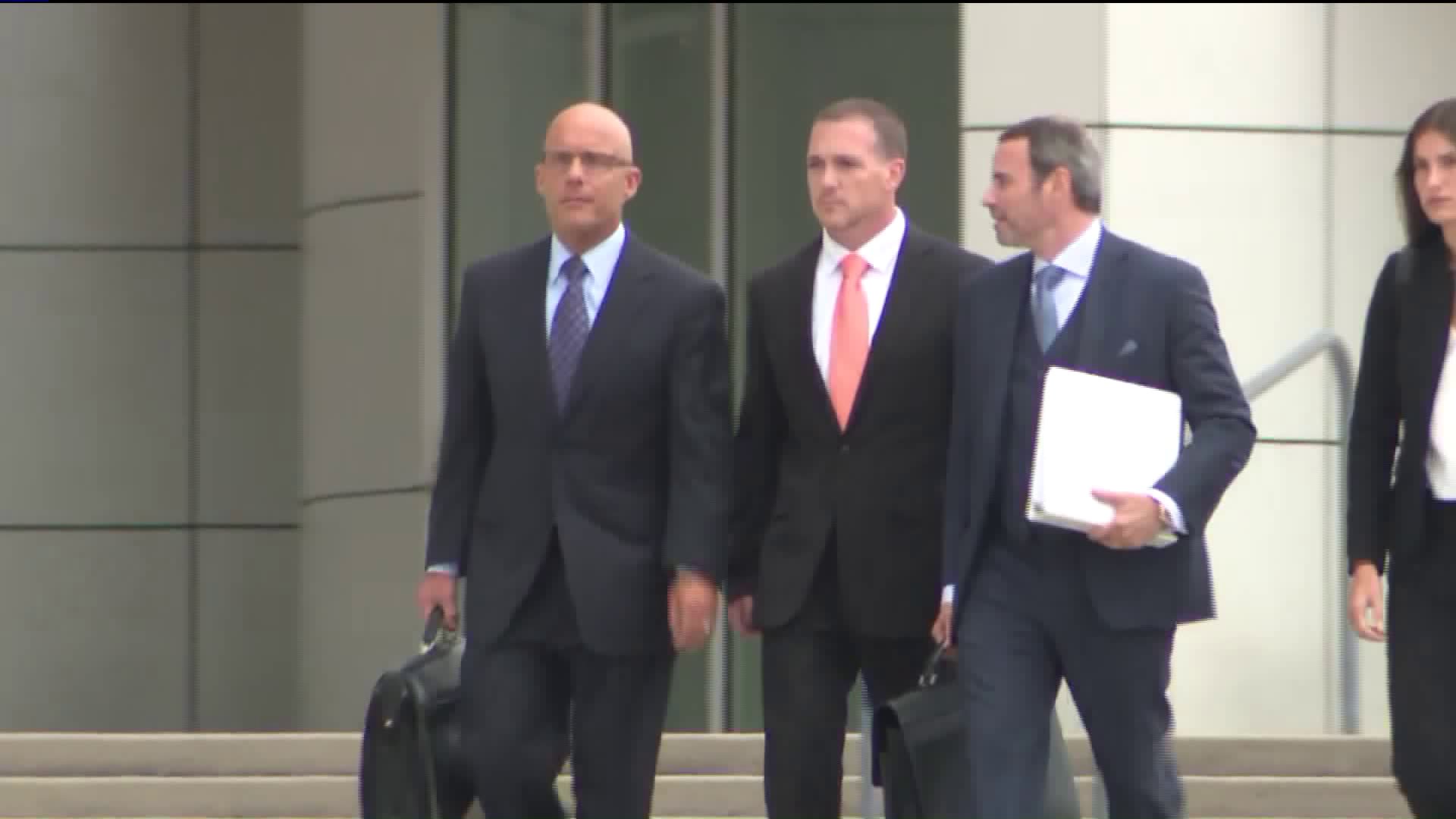 A Long Island police officer faces criminal charges after allegedly forcing a woman he arrested to perform oral sex on him.

A now-unsealed criminal complaint states that McCoy admitted to engaging in oral sex with the woman. He left court without a comment Thursday.

Investigators said McCoy arrested the woman on March 16 in connection with several outstanding warrants for vehicle and traffic offenses.

Her attorney Brian Egan said she was taken into custody then searched in a way that "involved the grabbing of her chest area."

The woman, whose name has been concealed, was taken to the First Precinct in Wyandanch. During the arrest processing, while McCoy was alone with the arrestee in the precinct's juvenile room, he forced her to perform oral sex, authorities said.

After she was released, the woman reported the sexual assault, according to the U.S. district attorney.

But prosecutors said McCoy's bad behavior didn't stop there. He allegedly sent the woman unsolitied text messages, including one that read, "I have to return the favor."

McCoy has been on the police force for 10 years.

"Police officers are held to a high standard, as they should be, and they certainly don't have the authority to disrespect any human being," said FBI Williams F. Sweeney, Jr., acting U.S. Attorney for the Eastern District of New York.

"This type of conduct threatens the reputation of the vast majority of law enforcement officials who serve each day with honor and integrity."