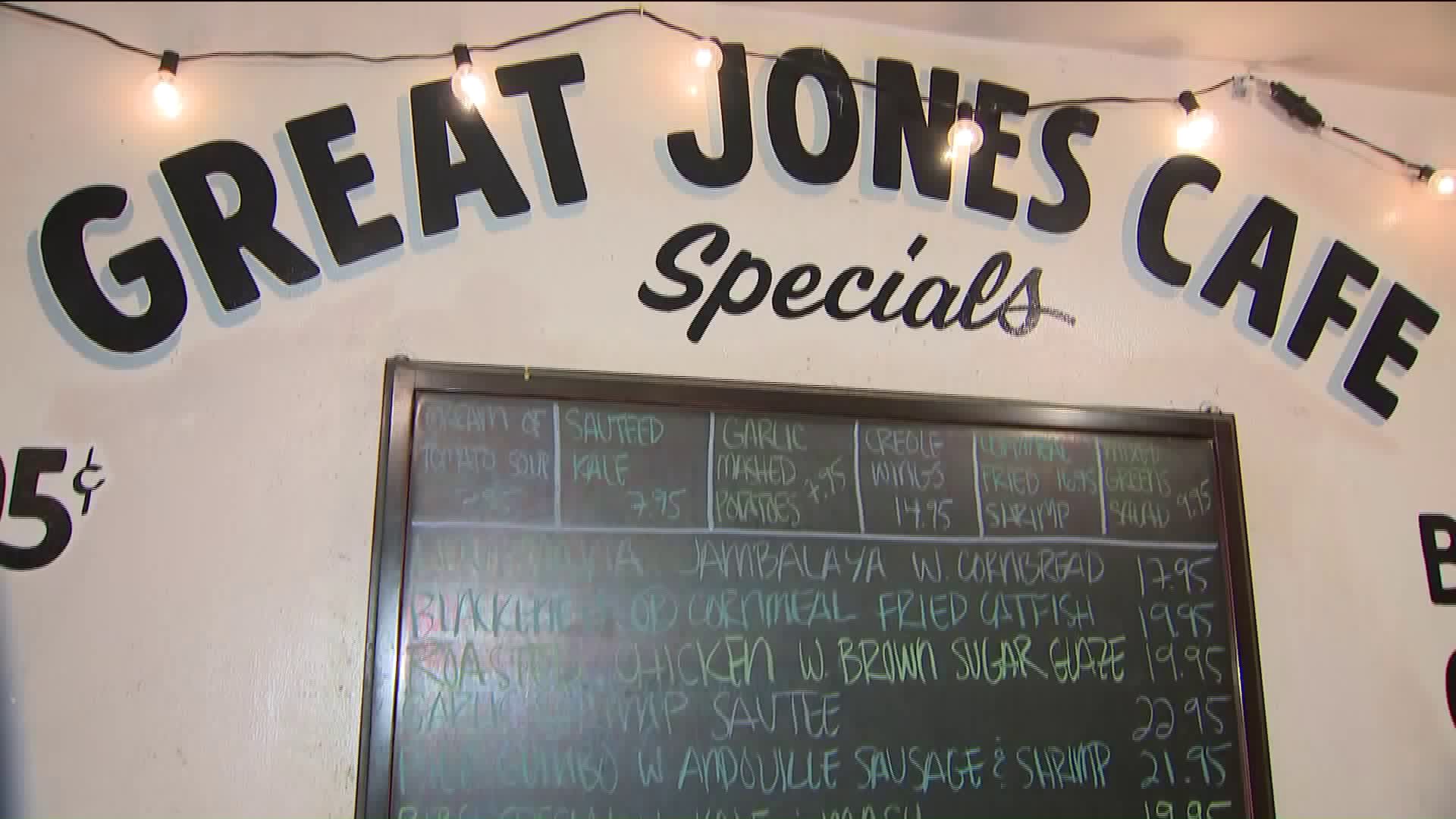 Great Jones Cafe was known for its old school jukebox boasting classic rock, soul and funk on vinyl, but that disappeared along with a popular manager months ago.

EAST VILLAGE, Manhattan — Patrons were chugging Cajun martinis, a different sort of southern comfort, on this sad night, as an institution in this East Village neighborhood is closing after 34 years.

Since 1983, The Great Jones Cafe has been serving great Cajun and creole food and keeping the prices down, on their yummy jambalaya, blackened fish, gumbo and cast iron cornbread.

"A lot of fond memories," Richard Kresberg, a former owner, told PIX11. "Thirty-four years is a good, long life for a restaurant, but it is still sad."

At the corner table were the original owners who sold after their first six successful years with their scrapbook of memories.

It's not officially clear why the present owners are shutting down, but many blame gentrification, changing tastes and the pricey nearby condos and hotels.

"It's hard to keep a restaurant like this going in this neighborhood," Moses Chao, a neighbor, told PIX11.

Great Jones Cafe was known for its old school jukebox boasting classic rock, soul and funk on vinyl, but that disappeared along with a popular manager months ago.

For some families, like Rob Youngberg and his 11-year-old twin daughters, it's the end of a beloved tradition.