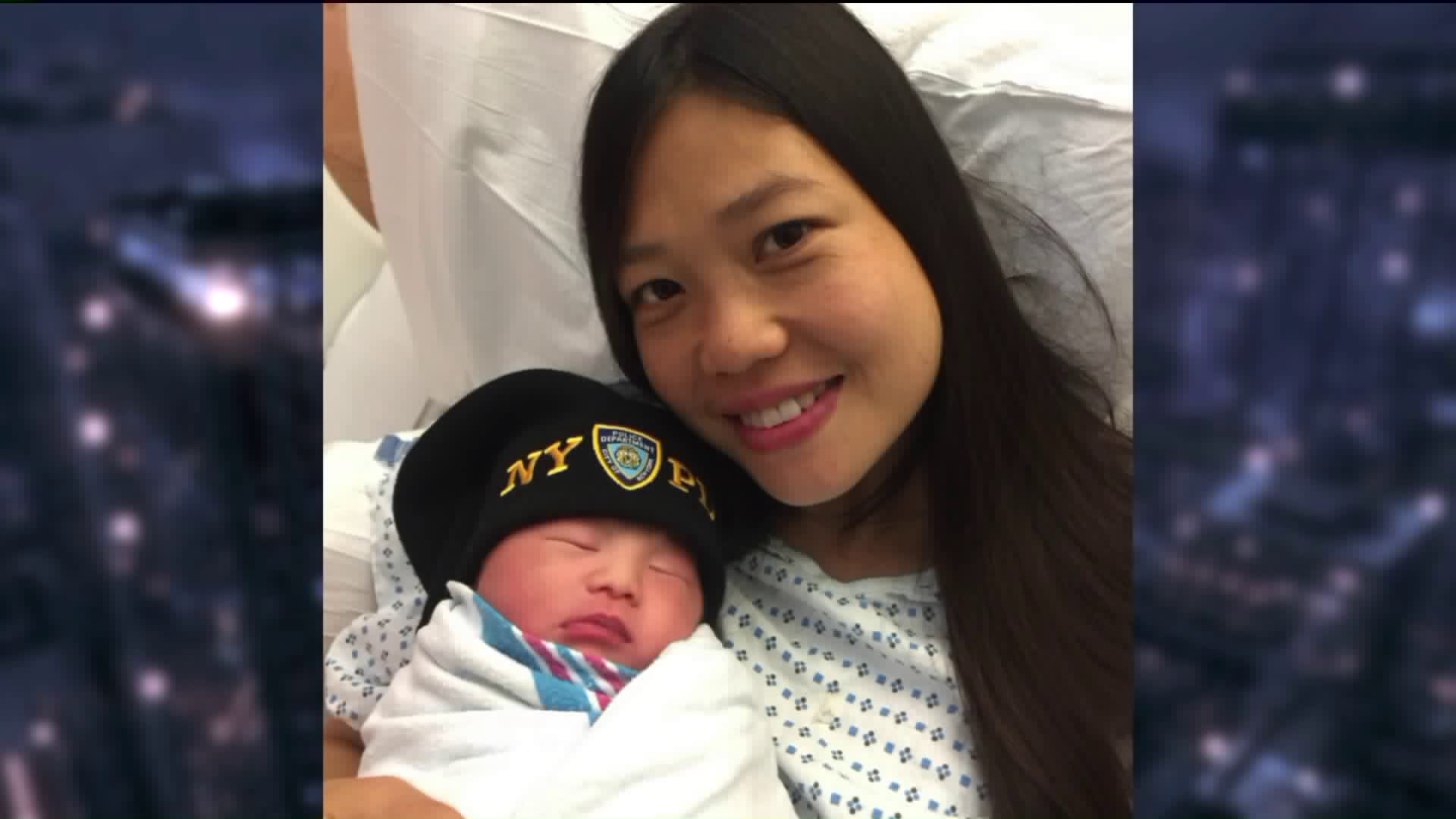 Baby Angelina "Angel," who was born July 25, was conceived from sperm frozen before Liu died in December 2014.

NEW YORK — The widow of slain NYPD Detective Wenjian Liu has given birth to a baby girl, nearly three years after he was killed in the line of duty in Brooklyn.

Angelina "Angel," who was born on Tuesday, was conceived from sperm frozen before Liu died in December 2014.

According to the NYPD, Pei Xia Chen requested that her husband’s sperm be preserved, so that she could one day have his child.

Liu, 32, and Chen, known as Sanny, were married three months before the hero cop’s murder.

The night after Liu was killed, his wife had a dream in which her husband handed her a baby girl.

“I got pregnant through the [in-vitro fertilization] procedure,” Chen said. “And I told my friend, ‘It’s going to be a baby girl.’ My friend said, ‘No, you haven’t even checked the sonograms,’ but I was right!”

Liu and his partner Rafael Ramos were gunned down by Ismaaiyl Brinsley as they sat inside their marked patrol car in Bedford-Stuyvesant in December 2014.

Brinsley, 28, had previously posted anti-cop rants on social media, including “I’m Putting Wings On Pigs Today. They Take 1 Of Ours ... Let’s Take 2 of Theirs,” referring to the death of Eric Garner in Staten Island.

He killed himself after shooting the two officers.

Liu’s parents, Wei Tang Liu and Xiu Yan Li, gathered at Weill Cornell Hospital to celebrate the birth of their granddaughter this week.

Liu's father spoke in Cantonese to PIX11 on Tuesday and said he didn't know it was possible to be happy again after the death of his son, but said he cried tears of joy and exclaimed, "My heart is filled with love," adding that the baby looks "just like her daddy."

Chen said she can’t wait to tell her daughter that her father was a hero and introduce her to the New York City Police Department that she loving calls her "big blue family."