Arrest made in sexual assaults inside Queens park 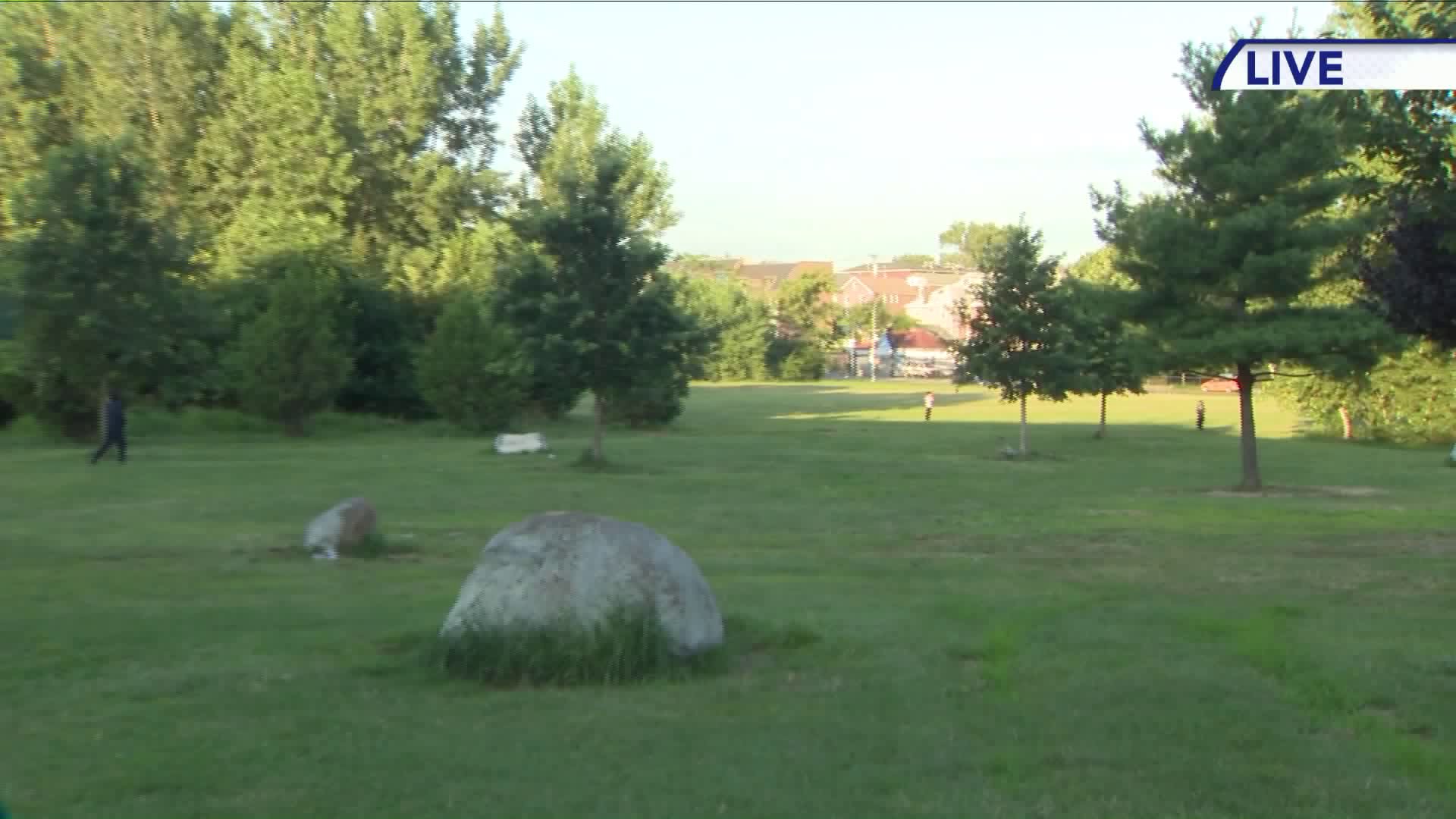 Police have a man in custody in connection with two sexual assaults in two straight days at a Queens park, cops said early Friday.

FLUSHING, Queens — A man was arrested Friday in connection with two sexual assaults over two straight days at a Queens park, police said.

Charles Tobin, 29, of Queens, was taken into custody Thursday inside the same park where he attacked his victims, police said. He faces charges of rape, robbery, criminal sex act, sex abuse and criminal possession of a weapon.

The knife-point attacks for which Tobin is accused happened at 10:30 p.m. Tuesday and 11 p.m. Wednesday at Kissena Corridor Park. Both victims were forced to move to heavily wooded areas of the park and perform sex acts on their attacker.

One woman was raped and she was robbed of $50, police said.

Neighbors said they've been begging their community board for more lighting over the dark paths at the park, along with security cameras to deter crime. But the civic group said it has been repeatedly told the Parks Department doesn't have money to enhance security.

Chestnut Cornell, part of the Evergreen Community Safety Group, said he's heartbroken to hear of the attacks and is now driving his wife to her morning train commute to keep her safe.

"There's also more homeless sleeping here at night," Cornell said. "They're drinking and creating havoc at night. We need better lighting. People walk through here to go to work at the hospital. People jog late at night. They do their yoga. And we have a school just up the block."