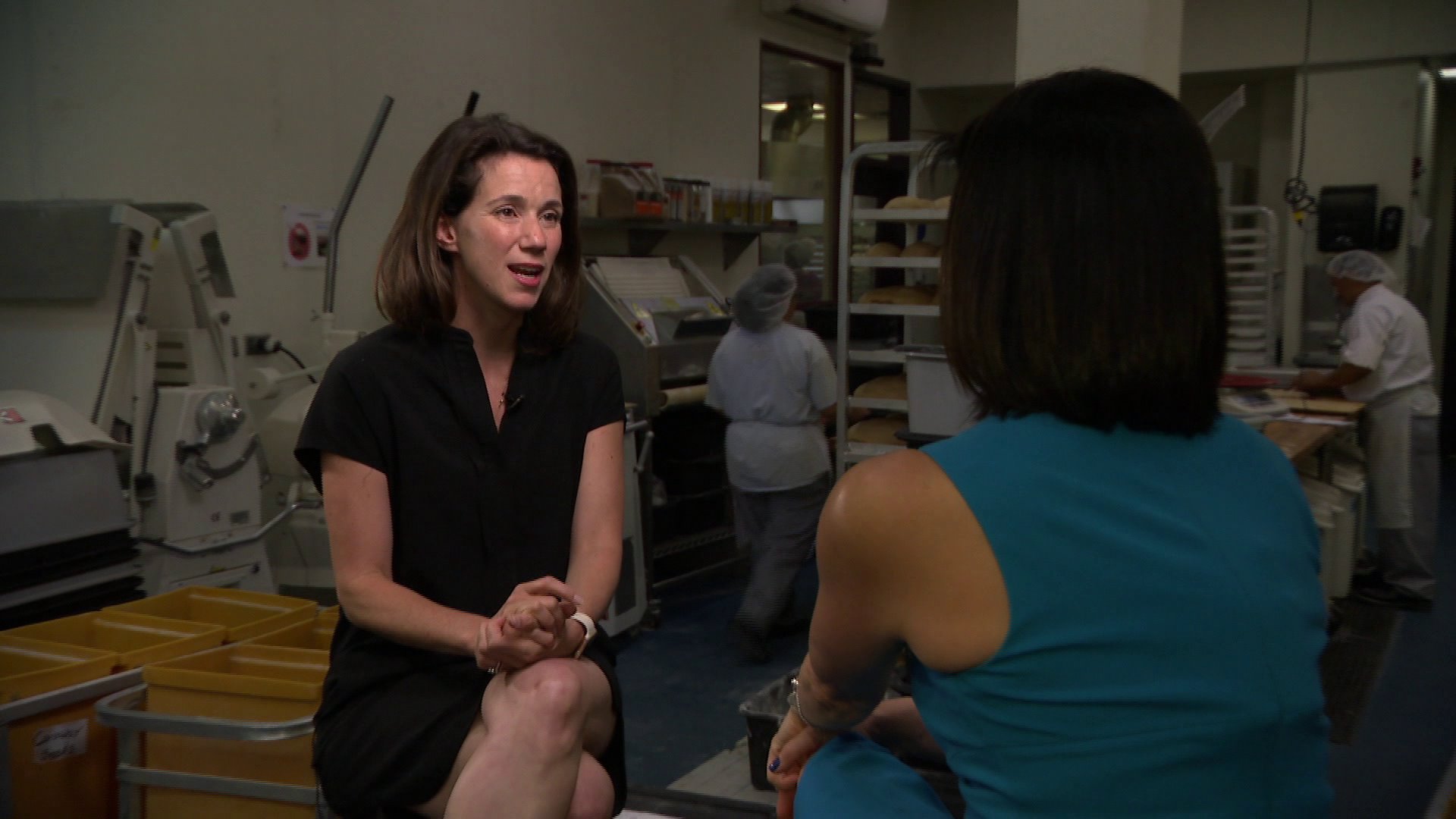 In this week`s Changemakers, Tamsen Fadal sits down with Jessamyn Rodriguez and one of the bakers-in-training.

HARLEM- It's  kitchen with a mission! “We bake bread to help women get better jobs in the culinary industry," Jessamyn Rodriguez said. This one of a kind bakery is tucked beneath the train tracks in Spanish Harlem.  “We make thousands of pieces of bread every day," she added.

Every batch is unique and inspired by the people who make it. “Since we started Hot Bread Kitchen we have trained over 180 women, from 38 different countries so we are truly the United Nations of bread," Rodriguez smiled. Diversity you can see and smell! Jessamyn Rodriguez cooked up the nonprofit inside her home in 2008 after years of social justice and public policy work.  "The idea behind Hot Bread Kitchen is that in most parts of the world, women bake bread so initially it was really about helping those women leverage that skill into getting good jobs," she explained.

Each goes through a six-month paid intensive training program where she learns hands on, every step of the baking process. "Women get both on-the-job training and classroom education," she added. "For many that’s English, kitchen math, bakery science all sort of the essential skills to be successful in this industry."For many, it’s the first formal job they’ve ever had and the only place where they really feel comfortable. "I like here because my friends are here," Noorjahan Khatun said.

33-year-old Noorjahan Khatun I s a wife and mother who migrated here from Bangladesh in 2010. "I've learned bread shaping, mixing, some baking and English also," she added. Every woman who graduates is guaranteed a full-time job with benefits. “There isn’t a piece of artisan bread that hasn’t been touched by Hot Bread Kitchen," Rodriguez said. "Oir graduates really hired by the best bakeries in the city."

But Jessamyn says it’s also crucial to bring that top notch taste and talent straight to the community, which they do through greenmarkets and a store. "The current climate around immigration has made our work even more important," Rodriguez explained. "What we have created is a space where people know they can come, talk about the challenges they’re facing and I think there’s an important we play in 'breducating' New Yorkers about the role of the immigrant communities." A recipe for inclusion trainees like Noorjahan are grateful to be part of. "My husband and my child are very proud," Khatun smiled.