It’s a G Thing: Chefs cook up fun and furry friends at the Puppet Kitchen 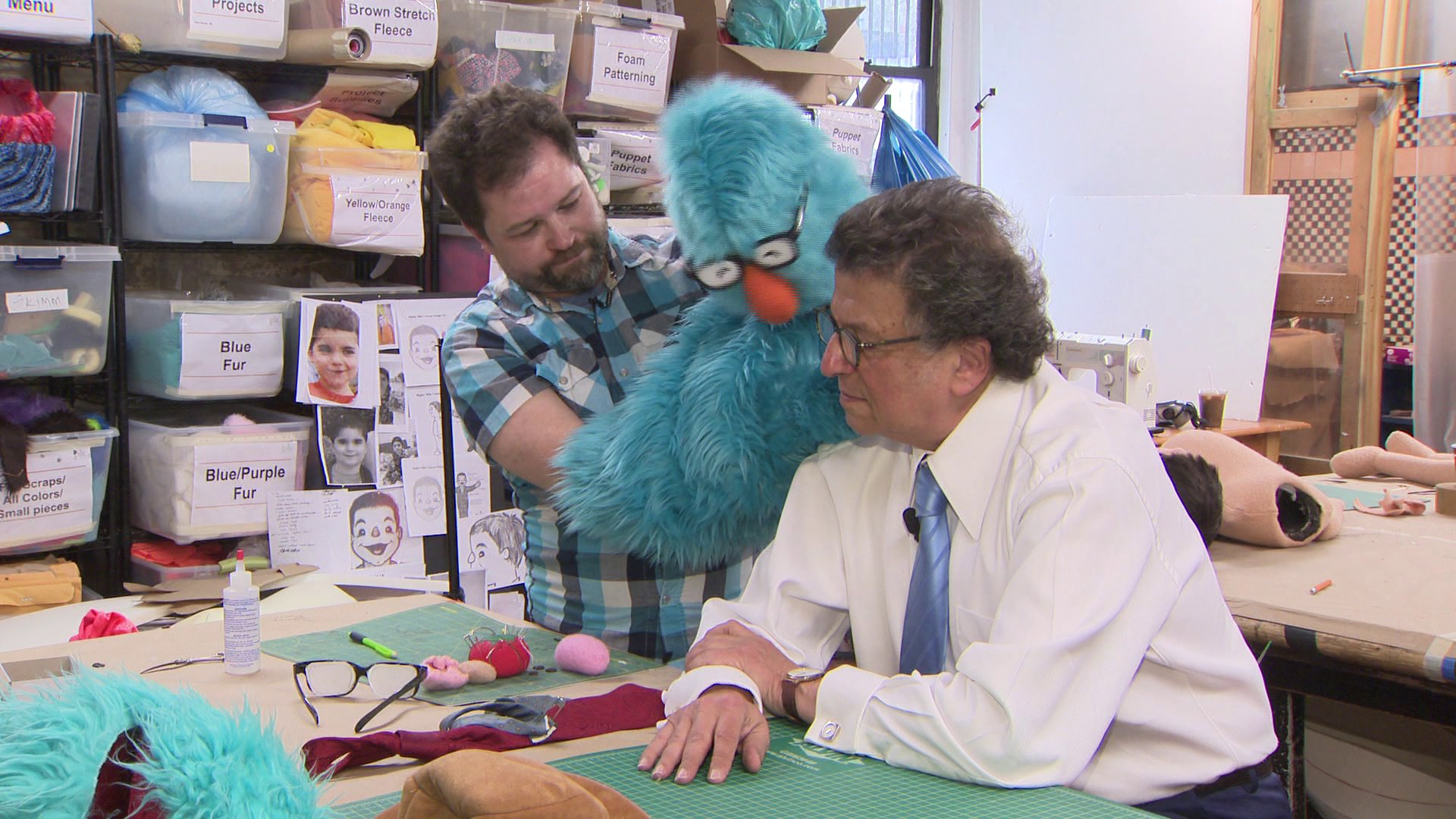 Mr. G visits the workshop that designs and builds puppets for events and organizations around the world.

EAST VILLAGE, Manhattan — Play is the purpose here at the Puppet Kitchen.  The chefs conceive, design and assemble these furry friends from scratch.

From local plays to TV shows to international productions, puppets cooked up here entertain people of all ages, in all situations.

“He goes around to hospitals to help talk to kids who are having trouble and makes them feel better," Eric described of one of the puppets.

This has been a lifelong passion for the three co-founders, who joined forces in 2008. "I studied with the Ringling Brothers for clowning and I did theater in school," Michael Schupbach said. "This was sort of a nice way to bring [together] the performance, some of the construction and just the joy we want to have in our jobs.”

It's a carefree feeling they also bring to children and adults through workshops.

“We’re very focused on bringing the community in," Kayla Prestel, studio manager, explained. "You don’t have to do this for a living to make a puppet. You can come in without any experience, and in two hours make something like this."

The full puppet experience comes the moment you slip one on and transform into character.

“When you can get a response from a group of people where they aren't actually responding to you the actor or the puppeteer, they’re responding to something you and the audience are collaboratively bringing to life, there’s something really magic about that," Prestel said.