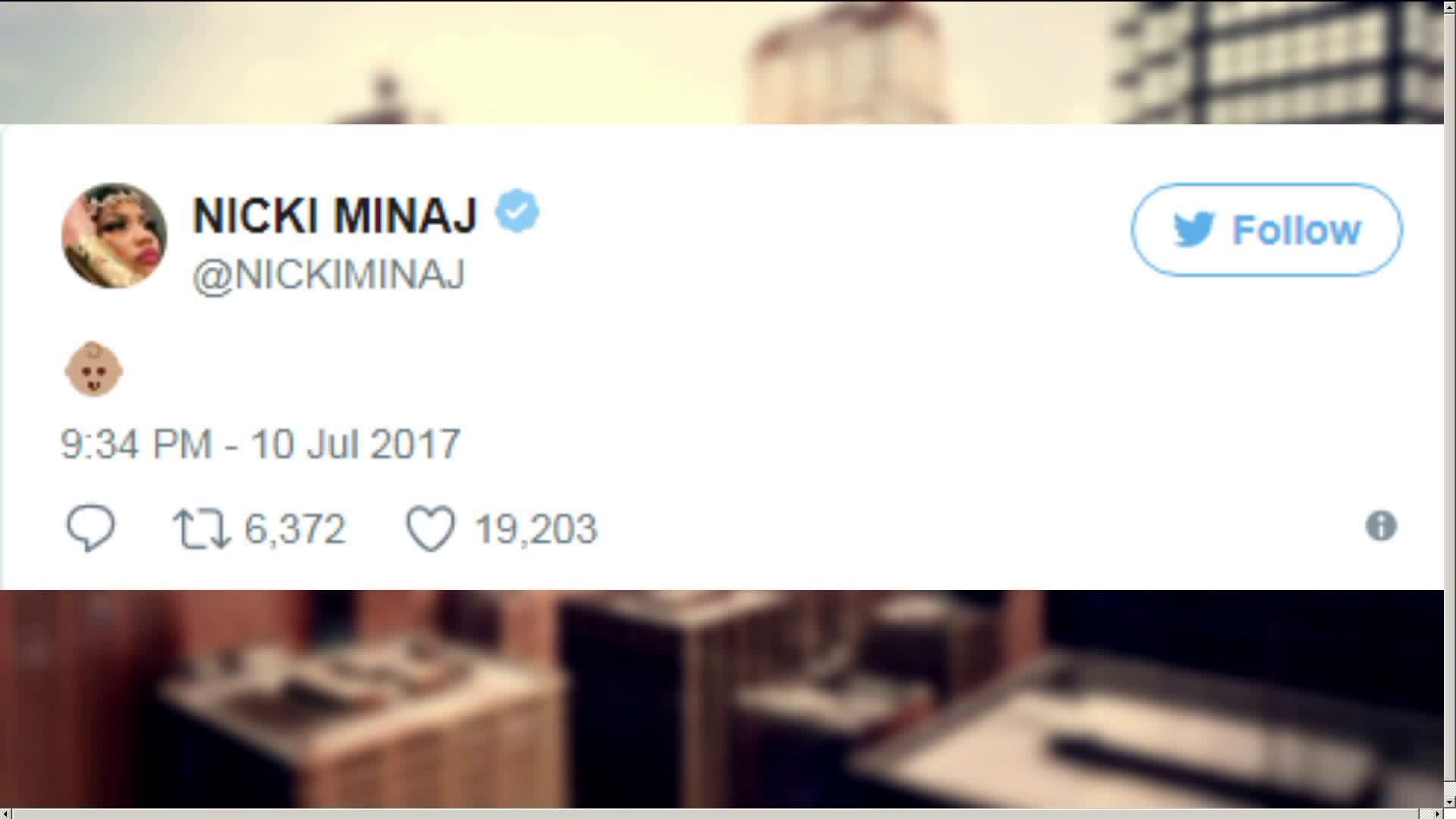 Could Nicki Minaj be pregnant? The rapper sent out a cryptic tweet Monday evening, simply showing a baby emoji, at 9:34 p.m. local time.

It was Minaj's last tweet, and thousands of Twitter users have since responded with theories, questions, and, of course, memes.

Nicki talking to the kingdom after we had a breakdown cause a baby gone come before the album pic.twitter.com/K5HQ1YNzHV

One person even tweeted a poll asking who the father might be, raking in more than 5,000 votes in 9 hours.

As some have noted, the baby emoji could be symbolic, rather than literal.

Or are you talking about how these Rap girls are your SONS??

Teasing fans with baby news isn't new to Minaj. In February, the rapper posed with a baby bump saying she, "was gonna wait to share the news but..."

#ATBIMS. 😂 y'all so childish Omgskibbidybopbopghjhddfnjj - I was gonna wait to share the news but...

If Minaj is with child, Instagram does not appear to be her social media outlet of choice this time around.

Two hours after the baby emoji tweet, Minaj posted a promotion for her song "Rake It Up."

#RakeItUp has been the #1 most added record on urban radio for 2 weeks in a row. #SwishSwish is the #1 record on Billboard's Dance/Club chart 🍼 cc: [ @yogottikom ] [ @katyperry ] 💛