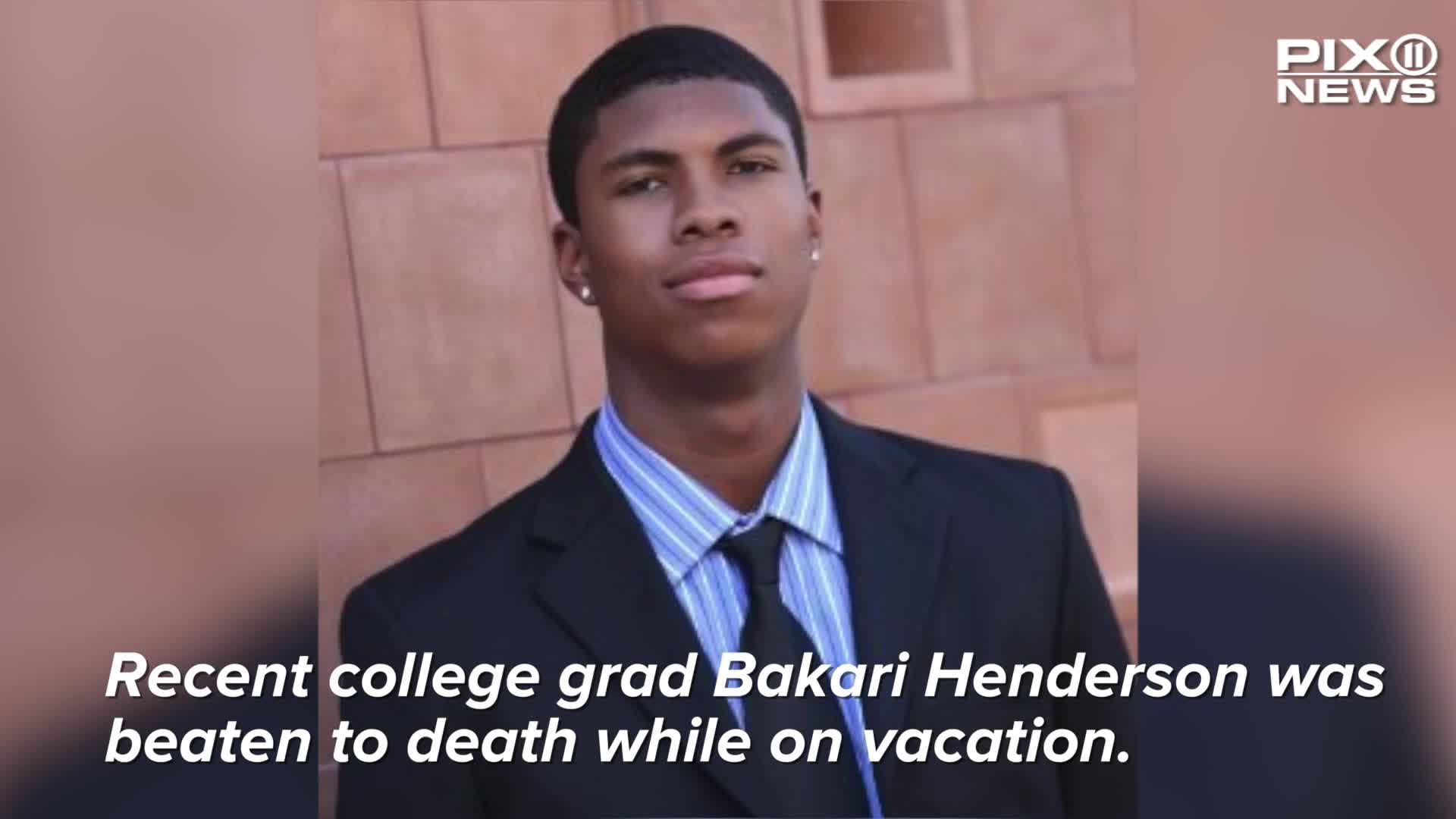 An American tourist was beaten to death by a group of 10 men while visiting a Greek island in the Mediterranean.

GREECE — An argument over a selfie with a waitress in Greece may have been what led to a crowd of people beating an American college student to death.

Bakari Henderson, 22, was on the Greek island of Zakynthos working on a photoshoot when he was killed early last Friday.

According to CBS News, witnesses told police that Henderson and his friends were at a bar and wanted to take a photo with the waitress. The request reportedly angered one of the bouncers and a fight broke out.

The fight escalated into a brawl on the streets, which included the bouncer and another bar employee, CBS reported.

Zakynthos, an island in the west coast of mainland Greece, is popular among tourists for its cliffside beaches and sea caves.

"Greek police in Zakynthos notified the US Embassy of the death of a US citizen in the early morning hours of Friday," the US State Department said in a statement.

Henderson recently graduated from the University of Arizona with a bachelor's degree in business finance and entrepreneurship, according to his Linkedin profile.

He was in Greece working on a photo shoot to launch a new clothing line when the incident took place, his family told CNN affiliate KXAN.

"Bakari loved spending time with family and friends, traveling, and meeting new people. He was a big thinker and enjoyed coming up with new business ventures. Bakari was an inspiration to all he met. He loved life and lived it to the fullest," the Henderson family said in statement to the affiliate.

University of Arizona President Robert C. Robbins expressed his condolences in a statement.

"All of us at the University of Arizona are shocked and saddened by the loss of our recent graduate, Bakari Henderson. Our hearts and prayers are with his friends and family," Robbins said. "I can only imagine the deep sense of loss they must be feeling at his untimely death. It is always a tragedy when a young life ends before it has really yet to begin."