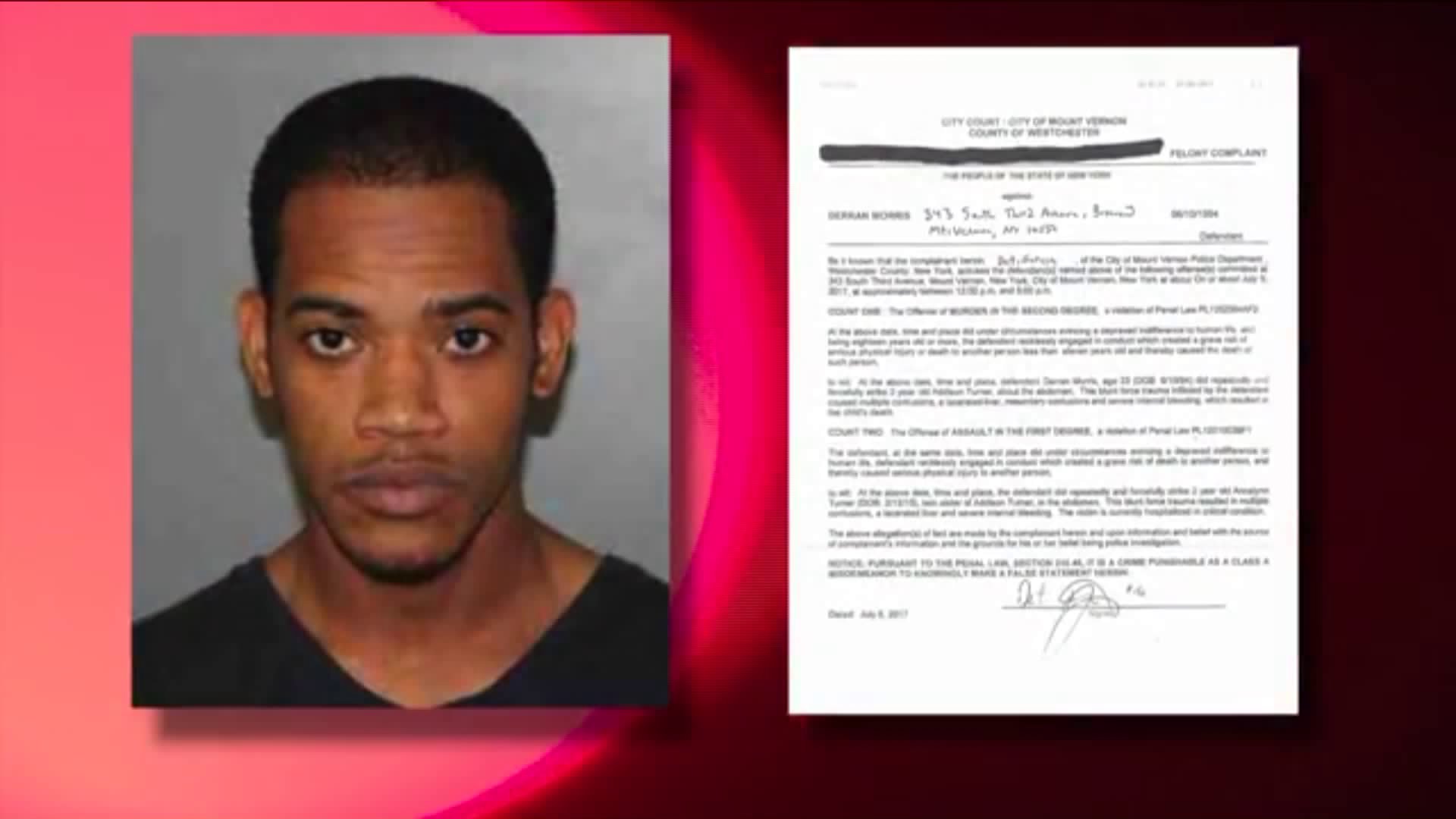 Addison died as a result, and Annalynn is in critical condition.

MOUNT VERNON, N.Y. — A father is in jail for allegedly beating his 2-year-old daughter to death and critically injuring her twin sister, who was also repeatedly punched, officials said Friday.

Derran Morris, 23, is accused of beating his daughter to death and critically injuring her twin in Mount Vernon on July 5, 2017. (City of Mount Vernon)

Derran Morris, 23, “repeatedly and forcefully” struc on Wednesday between noon and 5 p.m. at a home on South Third Avenue near East Fifth Street, according to a felony complaint from city of Mount Vernon.

Addison died as a result, and Annalynn is in critical condition.

The children and their mother moved in with Morris and his father one month before the brutal assault, because they were suffering from lead poisoning contracted of their Bridgeport, Connecticut home, lohud.com reports.

The mother, who is 3 months pregnant, was away from the home for a doctor's appointment Wednesday when her children were attacked, and repeatedly punched in their abdomens, according to lohud.com.

"I am devastated," Donna Williams, a neighbor, told PIX11 News. "It is just so sad."

"It's awful. He's a monster," Williams said. "If there's family and you see something, do something."

He was arraigned and remains jailed without bail, lohud.com reports.