NYC Fourth of July fireworks 2017: Where to watch the Macy’s fireworks show this year 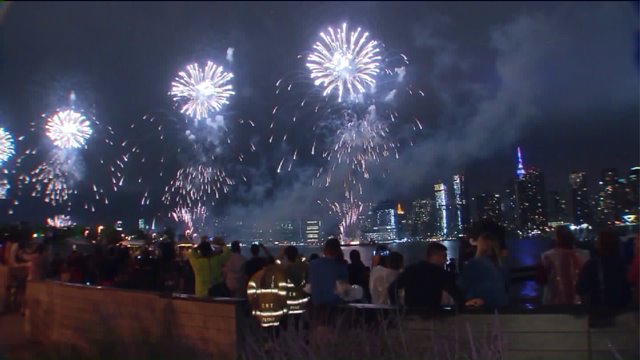 The former favorite spots for the spectacle won’t have the best views — if any at all — at the 2017 Macy’s Fourth of July Fireworks.

The 41st annual presentation of the show will launch fireworks from five barges positioned between 24th Street and 41st Street on the East River. Last year, there was also a barge positioned below the Brooklyn Bridge.

The prime spots will be located around Midtown and Long Island City this year. You can also find good views around the East Village, Williamsburg and Greenpoint.

Macy’s said that they will launch more than 60,000 shells, and there will be 21 new fireworks combinations, including a red, white and blue “USA” display.

The layout of the 41st Annual Macy’s Fourth of July Fireworks and prime areas to watch the show. (Macy's)

Public viewing locations and entry points will be set up along streets on FDR Drive and other locations in Manhattan, Brooklyn and Queens.

Where to go in Manhattan:

Where to go in Queens:

UPDATE: Macy's will be setting up its staging headquarters at Hunters Point South Park, so it will be closed to the public.

Where to go in Brooklyn: