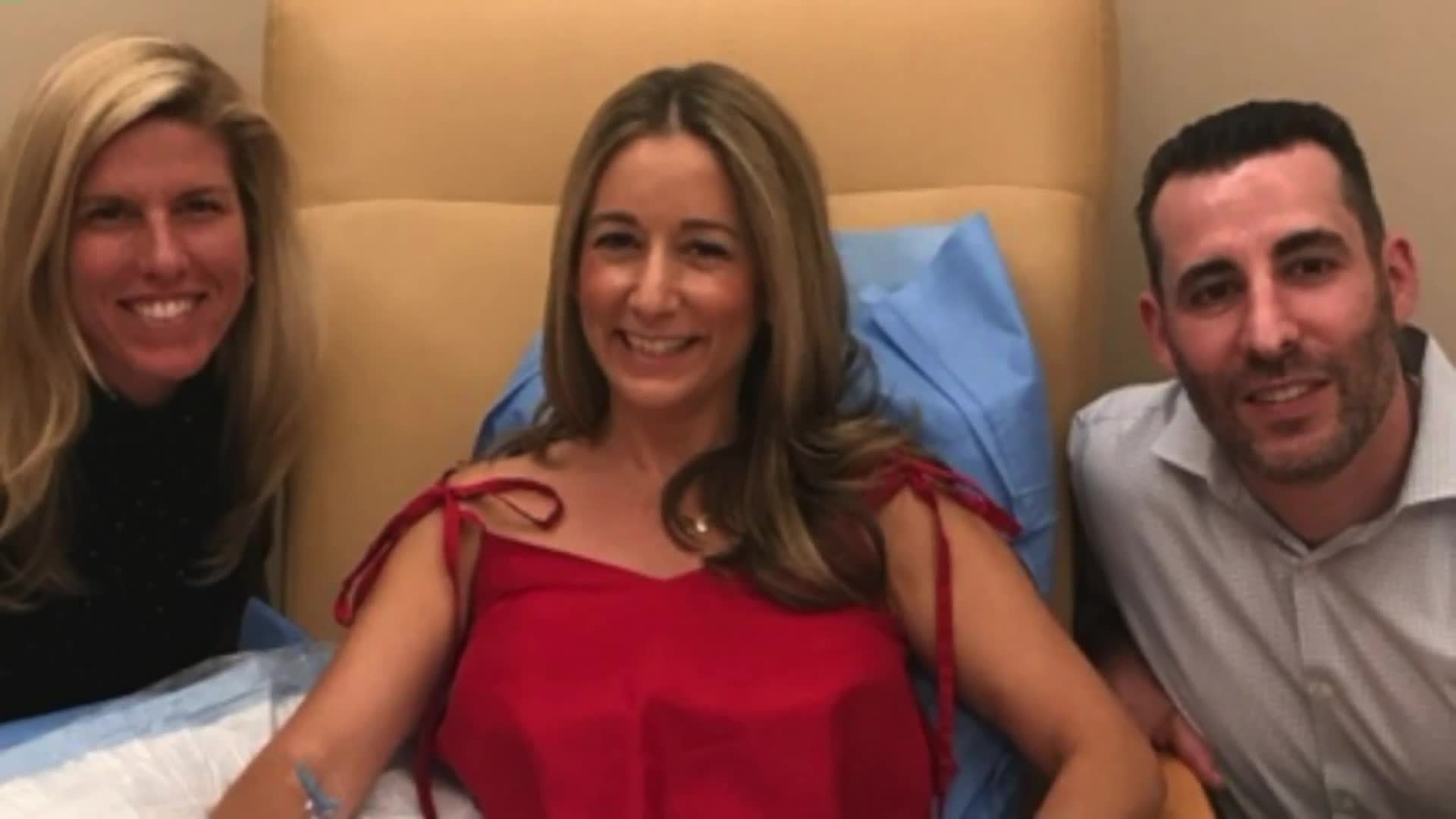 A 40-year-old woman battling breast cancer for the second time spent about $50,000 t o have her eggs saved for once she`s healthier.

When Amanda Rice Isentol learned her breast cancer came back after a double mastectomy, she did all she could to learn about treatment options.

This time, her doctors told her, she would need chemotherapy.  The 40-year-old Darien, Connecticut resident wanted to start a family with her husband Jimmy. But she would need fertility preservation right away.

She reached out to her insurance company about covering egg retrieval.

"I didn't cry the entire time. Until they told me it wasn't covered," Rice Isentol said.

She continues to appeal the rejections and went through fertility preservation.

"Chemotherapy can attack the ovaries and egg production and render a woman infertile," Dr. Knopman said.

The IVF process is not cheap. Rice Isentol estimated she has spent approximately $50,000 to retrieve a total of six eggs.

"Luckily, we have the means to afford this. But there are so many people out there, that this is too overwhelming," Rice Isentol said.

But things are slowly changing.  Connecticut passed a law this month that requires insurance companies to pay for fertility preservation in cancer patients. This would allow women to retrieve eggs before they become infertile. It goes into effect in 2018.

"It passed the New York Assembly about a week and a half ago, which was incredible. We were so excited that it passed the Assembly. But it got stuck in the Senate and it's still stuck in committee," Resolve board member Risa A. Levine said.

Amanda Rice Isentol faces a few more rounds of chemotherapy and radiation. Then she and her husband hope to start a family, one made possible by IVF.