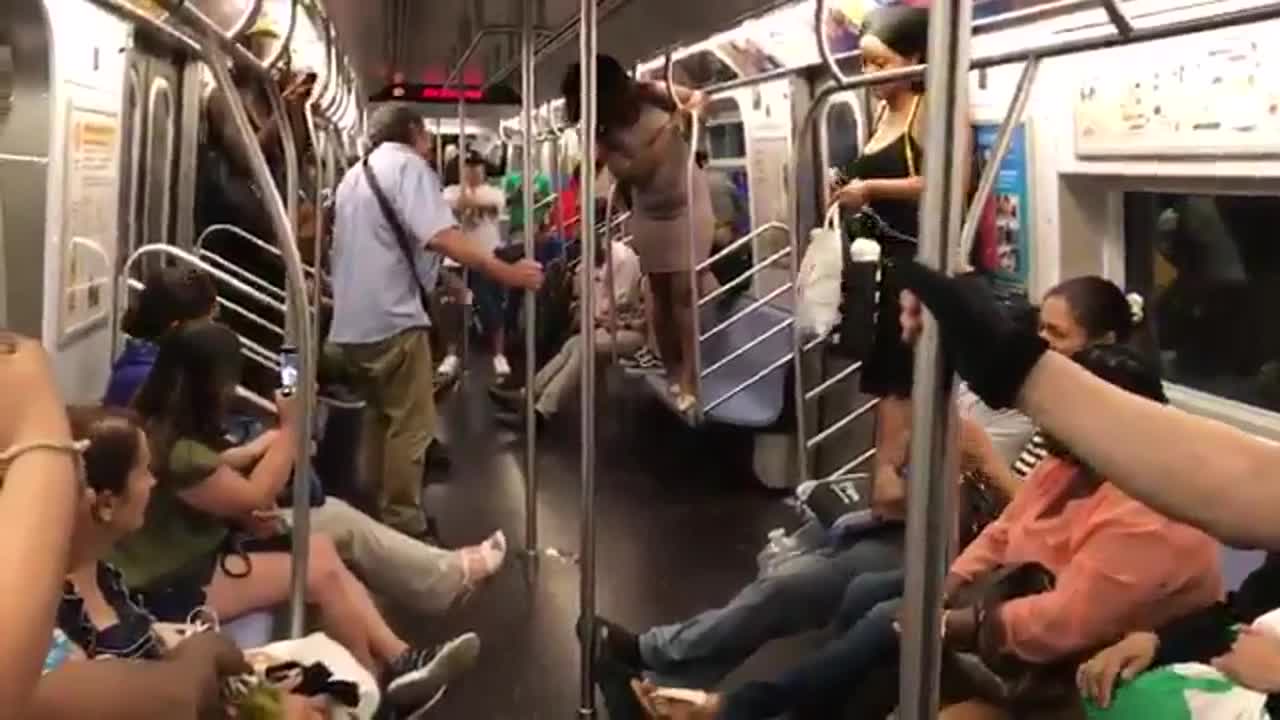 Some commuters stood on seats to keep away from the mouse.

QUEENS — A mouse on the E train terrified commuters and sent them scurrying into different cars.

A commuter caught the mouse mania on his phone after he got on the rain at Court Square during rush hour Wednesday night. He thought it was a rat at first based on the shouts of panicked riders.

"I expected a rat," Augustus Balasubramaniam said. "But the small chap...it was a bit of a relief really."

Most of the riders in the E train car actually got off at Roosevelt Avenue and switched to new cars, Balasubramaniam said.

The people in the video are the "brave ones" who stayed behind - even though some of them stood on seats to keep their distance from the mouse, according to Balasubramaniam.

This was Balasubramaniam's first experience seeing an animal in a subway car. He's seen plenty of rats on subway tracks.