New viral sensation “Garbage Rat” – too good to be true? 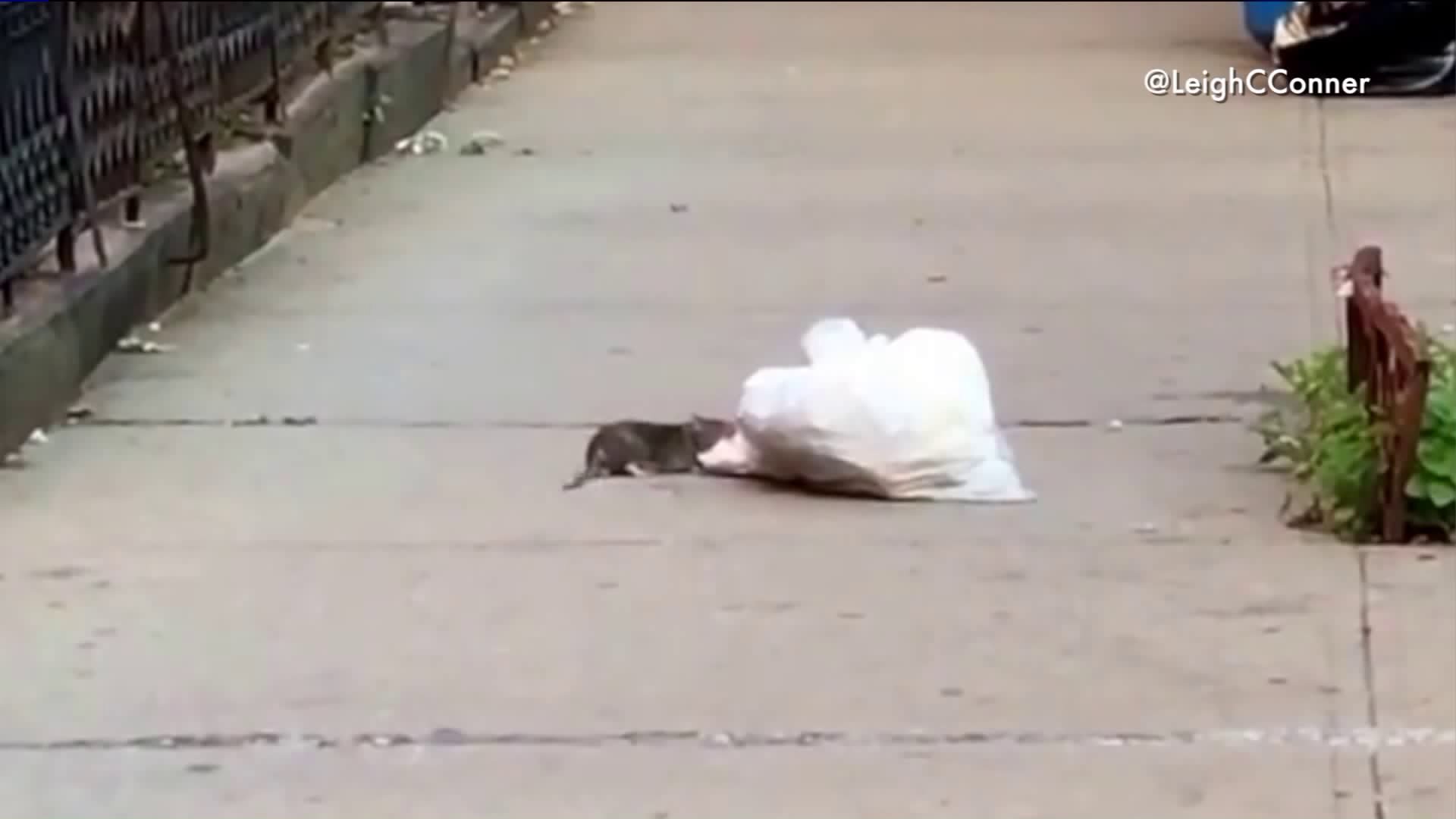 An ambitious rat dragged an entire garbage bag across a Crown Heights sidewalk.

BROOKLYN  – It’s the scene that would both creep out and intrigue just about any passerby — a giant rat dragging an entire garbage bag across a filthy sidewalk in Crown Heights.

The dramatic scene happened near Kingston Avenue and Dean Street on a recent morning. The ambitious rodent persevered and clawed his way to a personal sized pizza crust.

The person who filmed it was middle school teacher Leigh Conner. She was on her way to work and she couldn’t believe what she was looking at.

“It’s like the rat was on steroids,” she told PIX11 in a message over Twitter. “I can’t believe it was so strong.”

The sidewalk episode was enough to get the internet buzzing, evoking another furry critter that won our hearts nearly two years ago – Pizza rat.

The furry critter was a viral sensation in 2015 but like all good things, it turned out to be too good to be true. It was later uncovered that the viral video was staged.

The rat was, in fact, trained by a Brooklyn-based performance artist known as Zardulu, “The Mythmaker."

Zardulu was the brains behind numerous other viral fabrications including  the 3-eyed Gowanus catfish and “Selfie rat.”

So the big question: is this new viral rat video yet another fabrication by the so-called mythmaker?

In an email to PIX11 Monday afternoon, Zardulu wouldn’t confirm or deny whether this “Garbage Rat” was one of her productions, only saying “I am still fabricating viral scenarios all the time :)”

At this rate, if it looks like rat but acts like something else, it probably smells fishy.