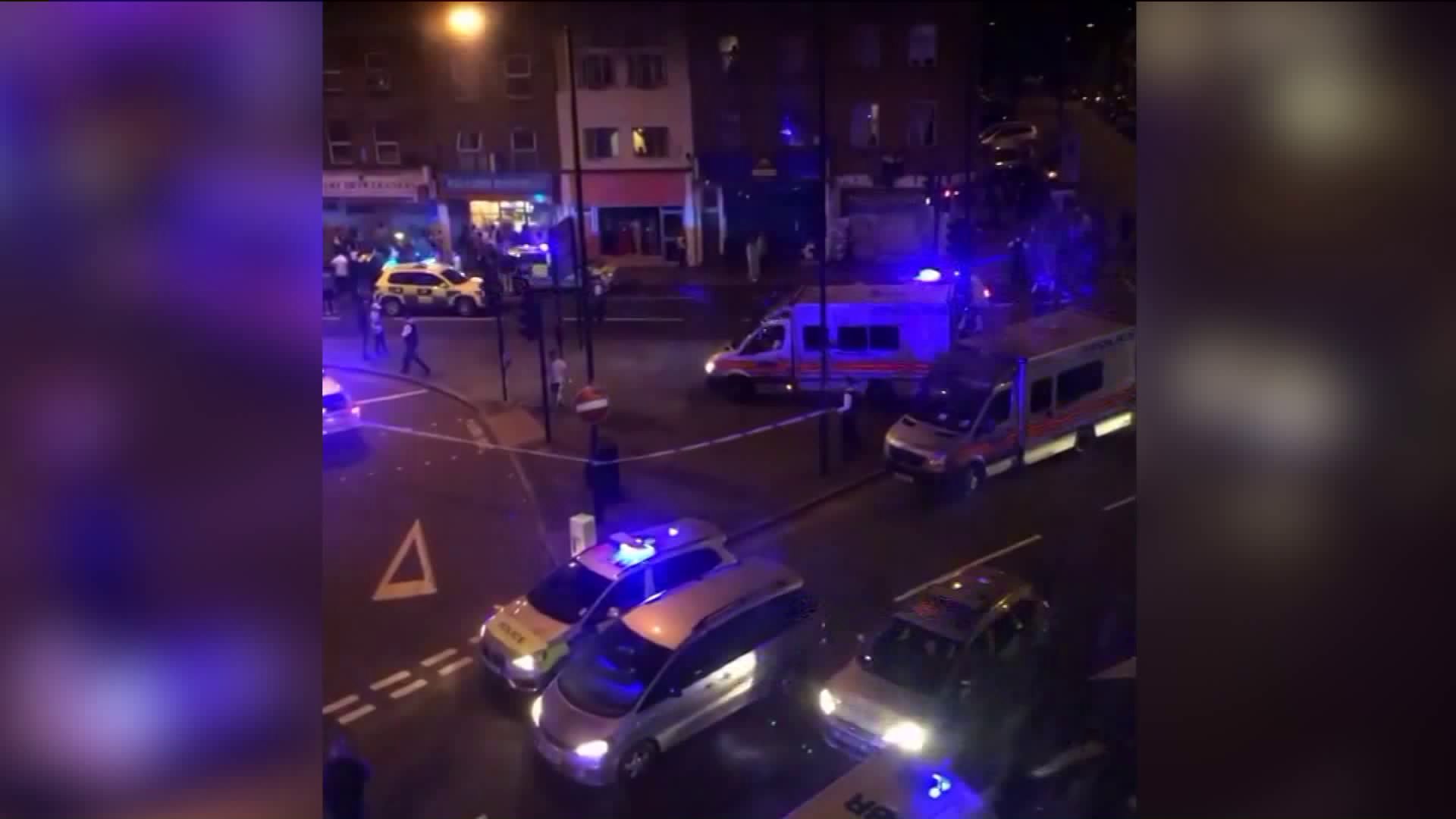 One person has been arrested.

Metropolitan Police said officers were called to the scene on Seven Sisters Road at 12:20 a.m. Monday. The London Ambulance Service said it was responding to the incident.

The Muslim Council of Britain said the vehicle ran over worshippers as they left the Finsbury Park Mosque.

The neighborhood has two mosques, and several hundred worshippers would have been in the area after attending prayers as part of the Muslim holy month of Ramadan.

The Finsbury Park mosque was associated with extremist ideology for several years after the 9/11 attacks in the United States but was shut down and reorganized. It has not been associated with radical views for more than a decade.

Britain's terrorist alert has been set at "severe" meaning an attack is highly likely.

"They were very nervous, shouting very loud, trying desperately to make some signs to a police car that was just passing the road," she told CNN.

"I saw so many of them crying, screaming, trying to get the police and the ambulance," she said.

She added: "I saw a lot of people injured. They were helping on the pavement and trying to help them to get to the scene."

Vanzella said she saw police put a man into a police car and take him away, but she didn't see them arrest him.

Another witness, Hillary Briffa, said: "People were shouting this is an act of terrorism, even though he's white. These were the kinds of comments people were yelling out."

She added: "Everybody was clamoring around and shouting at the man."

Scott Vanstone lives near the scene of the incident. He did not hear the crash, but he realized something was happening when there was a huge police response.

"There was a sudden and sustained surge of first responders including armed officers and multiple helicopters overhead," he said. "As police arrived and got caught in traffic - the non driving officers jumped out and began running down the road - so we knew it was close."

No other details were immediately available.

Earlier this month, a van veered into pedestrians on London Bridge, setting off vehicle and knife attacks that killed eight people and wounded many others on the bridge and in the nearby Borough Market area. Three Muslim extremists who carried out the attack were killed by police.