Do you recognize them? New York couple’s 1963 wedding album found hidden in ceiling of Florida home 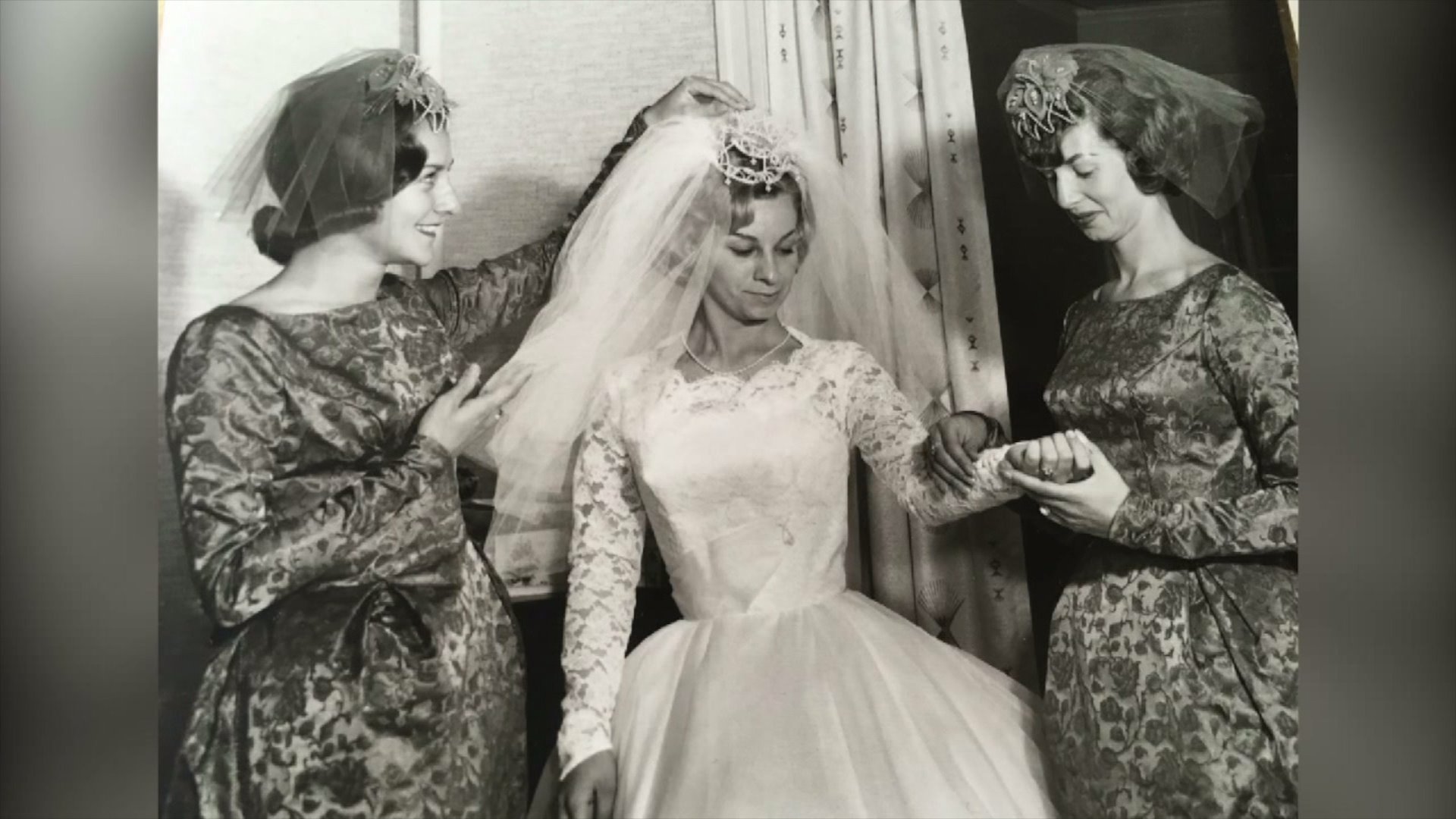 A couple renovating their kitchen in Florida found a wedding album commemorating the nuptials of newlyweds who tied the knot in New York more than 50 years ago.

WOODHAVEN, N.Y. — A couple renovating their kitchen in Florida found a wedding album commemorating the nuptials of newlyweds who tied the knot in New York more than 50 years ago.

Megan Kapsidis posted to Facebook on June 2 in an attempt to find the album’s rightful owners.

She and her husband have been living in their Florida home since 2009 and are undergoing kitchen renovations. When they opened a portion of their kitchen’s ceiling, a bound book with yellowed, aged edges fell out.

That book, hidden among the insulation with "Our Children's Wedding" written in script on the cover, turned out to a be a photo album five decades old celebrating the marriage of Joseph and Marguerite Garguilo.

Kapsidis suspects that part of her kitchen was once connected to a crawl space that housed these personal treasures.

Below is a photo gallery of Kapsidis' husband tearing down a portion of their kitchen -- and finding another family's heirlooms in the process.

The Garguilos were married on Sept. 14, 1963, at St. Thomas Apostle Church on 87th Street and 88th Avenue in Woodhaven, N.Y. A reception at the Brooklyn Navy yard followed, according to an invitation found inside the album.

PIX11 News found a phone number and Florida address for the bride, but when Megan Kapsidis went to the home on Monday, new owners were living there. And the number was disconnected.

A phone number or address hasn't been found for the groom. But if anyone recognizes the couple, the Kapsidises are still looking, empathetic to the fact that they would be heartbroken if they lost their own wedding album.

"Let us know where to send it and it will be on its way," they said.

As if a wedding album wasn’t strange enough, that isn’t the only surprise that fell from the couple’s ceiling, Kapsidis said.

They also found a vintage purse stamped with the words “GENUINE ALLIGATOR. MADE IN CUBA.”

"When he finally pulled away the plaster and metal grate, this purse fell down and hit him in the face," Megan Kapsidis said. "Right in the face."