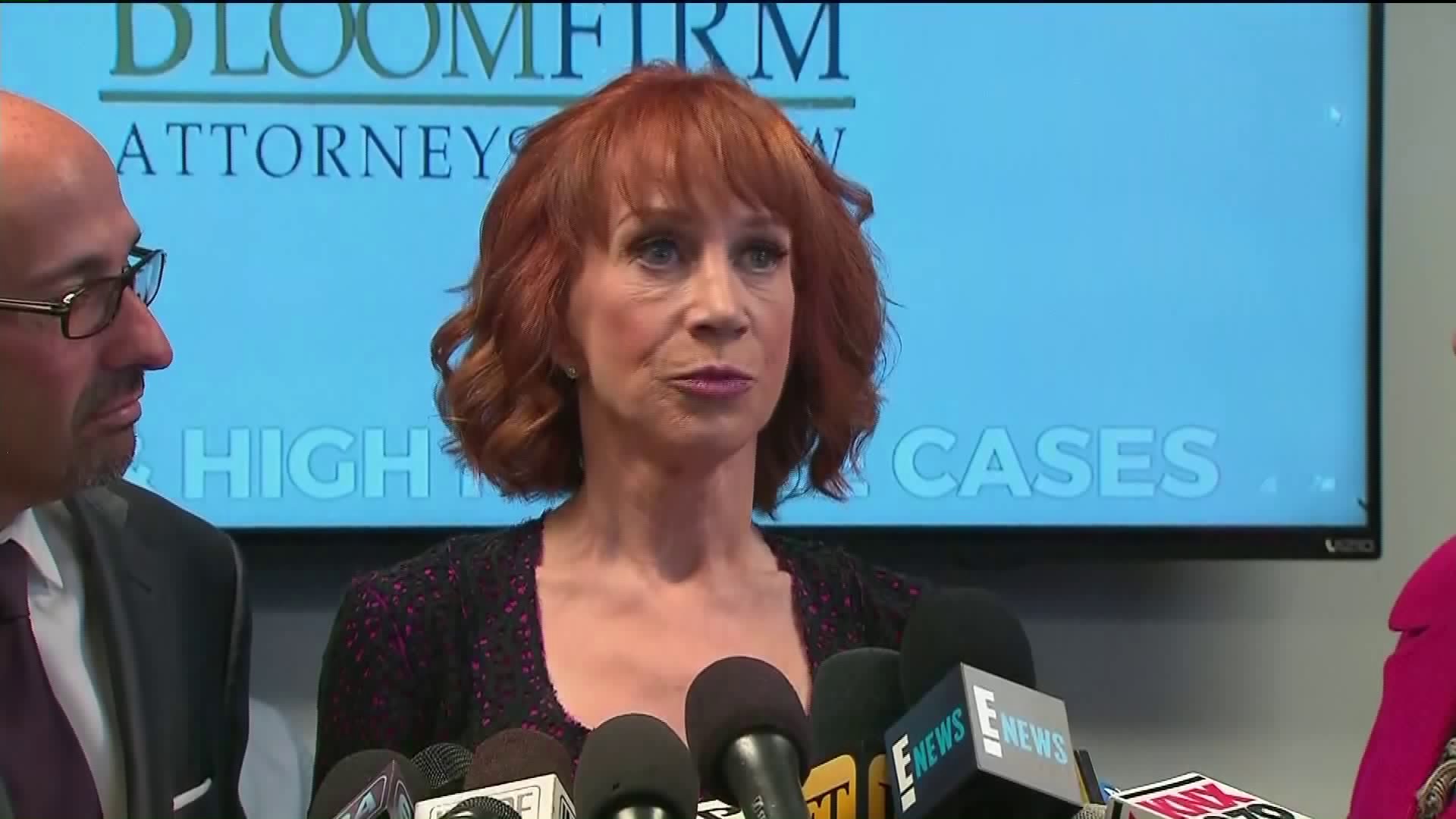 Kathy Griffin is fighting back against the abuse and "death threats" she has received in light of controversial images released earlier this week.

Kathy Griffin is fighting back against the abuse and "death threats" she has received in light of controversial images released earlier this week that showed the comedian holding up a bloody head resembling that of President Donald Trump.

In a news conference on Friday, Griffin's attorney Lisa Bloom accused Trump and his family of "using their power to target her."

"If you don't stand up, you get run over," Griffin said. "What's happening to me has never happened in this great country. A sitting president of the U.S. ... is personally trying to ruin my life forever."

Bloom said the comedian was contacted by the U.S. Secret Service and said she has retained a criminal lawyer.

"As a result of the first family bullying her, she has been vilified, getting death threats, fired from multiple jobs and had multiple events canceled," Bloom said.

The photos in question were released on Tuesday and quickly drew backlash by people on social media.

"I beg for your forgiveness. I went too far," she said in a video posted to Instagram late Tuesday. "I made a mistake and I was wrong."

"Kathy never imagined it could be misinterpreted as a threat of violence against Trump. That was never what she intended," Bloom said.

Trump said of the photos that Griffin "should be ashamed of herself."

On Wednesday, Griffin was fired from her gig on CNN's New Year's Eve program, which she had co-hosted alongside Anderson Cooper since 2007.

Griffin also lost an endorsement deal with Squatty Potty, a line of bathroom footstools, and has had at least five of her stand-up gigs canceled since the photos were released.

Griffin and Bloom believe the comedian has received harsher backlash because she is female.

"This is a woman thing," Griffin said.

Although Griffin tearfully apologized again during her press conference, she said that she will continue to use Trump as fodder for her comedic material.

"I'm going to make fun of him more now," she said.