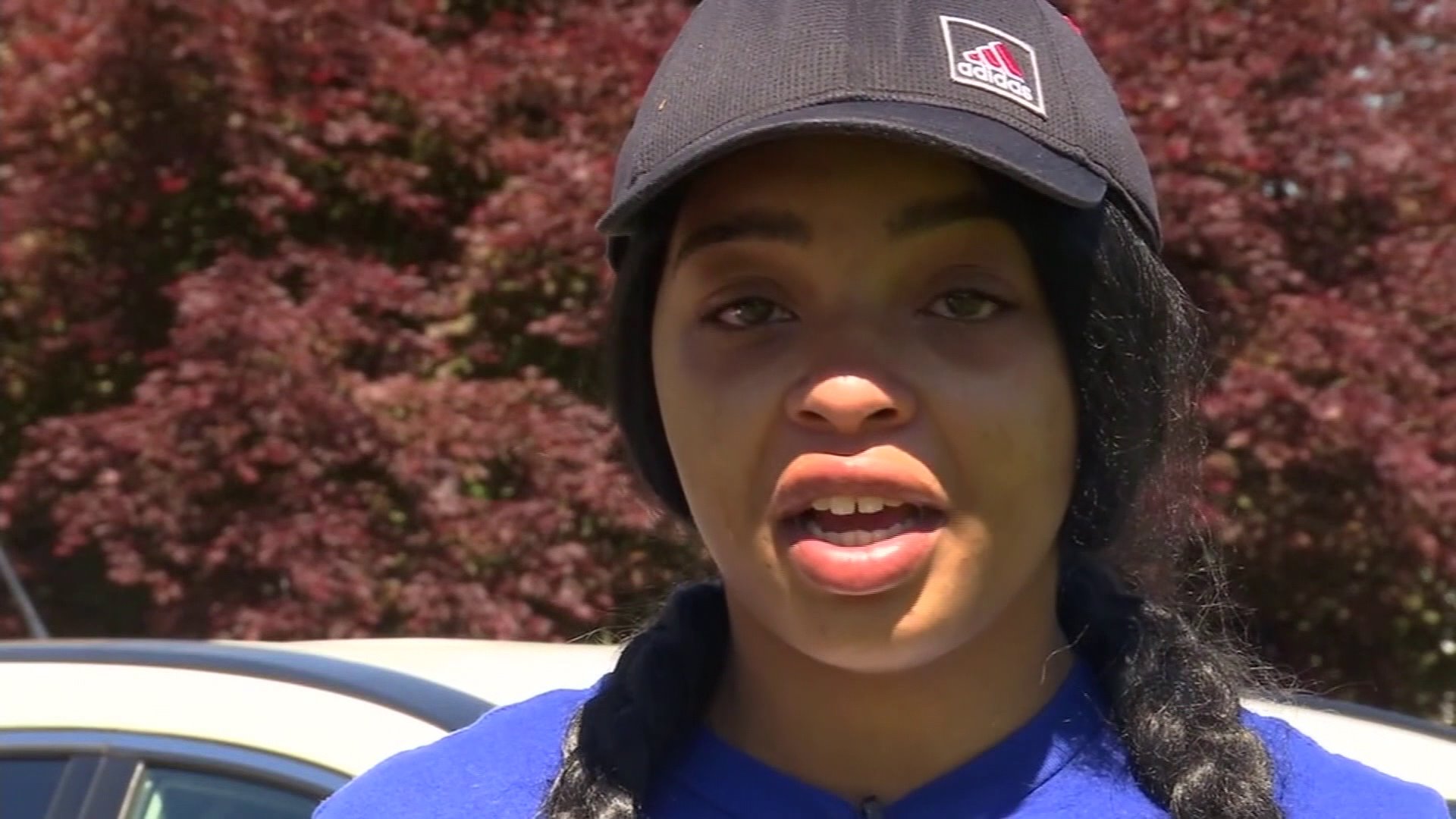 Destinee Mangum has a message for the men who lost their lives protecting her and a friend from a knife-wielding man hurling anti-Muslim epithets at them.

The young women who were being subjected to a man's racial and religious insults while riding on the MAX light rail train are the ones who need sympathy and support, Fletcher said in a video posted on his Facebook account.

"The little girl who had the misfortune to experience what happened on that MAX, her life is never going to be the same," said Fletcher, filmed in a bedroom while wearing a bathrobe.

Two African-American teenagers, one of whom is Muslim and was wearing a hijab, were verbally attacked last Friday by Jeremy Joseph Christian, authorities said.

"Imagine that for a second -- being the little girl on the MAX," Fletcher said. "This man is screaming at you, his face is a pile of knives, his body is a gun. Everything about him is cocked, loaded and ready to kill you.

"There's a history here with this, you can feel that this has happened before, the only thing that was different was the names and faces. And then a stranger, two strangers, three strangers, come to your aid, they try to help you and that pile of knives just throws itself at them, kills them. ..."

Fletcher's survival may have come down to millimeters. The attacker's blade, he said, sliced into his neck but just missed his carotid artery.

Fletcher said he appreciates the kindness directed toward him and the families of the two men. This outpouring can be attributed "to put it bluntly -- this white savior complex," said Fletcher, who is white.

"We need to remember this is about those little girls," he said. "I need you, if you really want to support me, to like this, to share it, whatever, and make it spread like wildfire."

A YouCaring page has been set up to collect money for the girls.

In an interview with ABC News, Fletcher also spoke about defending his community.

"If you live here, move here, or if you want to call this city home, it is your home," he told ABC News. "And we must protect each other like that is the truth, no matter what the consequences."

"The Muslim community, especially in Portland, needs to understand that there are a lot of us that are not going to stand by and let anybody -- whether they are from here or not -- scare you into thinking you can't be a part of this town, this city, this community, or this country," he told ABC.

'I call it patriotism'

Christian was arraigned Tuesday and yelled as he walked into the courtroom, saying: "Get out if you don't like free speech!" and "You call it terrorism; I call it patriotism. You hear me? Die."

Christian was arraigned on several charges, including two counts of aggravated murder, attempted murder, two counts of second-degree intimidation and being a felon in possession of a restricted weapon, police say.

His next court appearance will be June 7. A Multnomah County grand jury will convene in the coming days to consider additional charges and federal authorities are still deciding whether to prosecute Christian for hate crimes.

Christian said he was transient and "does not know the last time he had a permanent address." Court documents from previous years show he lived with his parents.

A June 10 march in Portland, one of two protests Mayor Ted Wheeler wanted stopped, has been called off, an organizer said Wednesday in an online statement.

Scott Ryan Presler blamed Wheeler for the cancellation. Wheeler had asked that protests on June 4 and 10 be canceled in light of the slayings on the train.

"Due to Mayor Wheeler's inflammatory comments and what we feel is an incitement of violence, he has shamefully endangered every scheduled participant," Presler wrote on Facebook. "Consequently, in order to ensure the safety of those who had planned on attending, we have taken the decision to cancel the Portland March Against Sharia."

The Portland March Against Sharia, which was scheduled for Terry Schrunk Plaza, was one of a number of events scheduled across the United States on June 10 by Act for America.

CNN has attempted to obtain comment from Portland City Hall about the cancellation.

The Trump Free Speech Rally Portland will still be held June 4 but has been moved to Seattle, Washington, organizer Joey Gibson of the group Patriot Prayer said Wednesday.

Gibson said one of his goals is to "promote ... turn[ing] a blue state into a red state," and said, "It's really not about provoking, it's about fighting for your right to assembly and to show what you believe in."