It’s a G Thing: Casey Ellin, who was paralyzed, is making great strides with the help of a local study 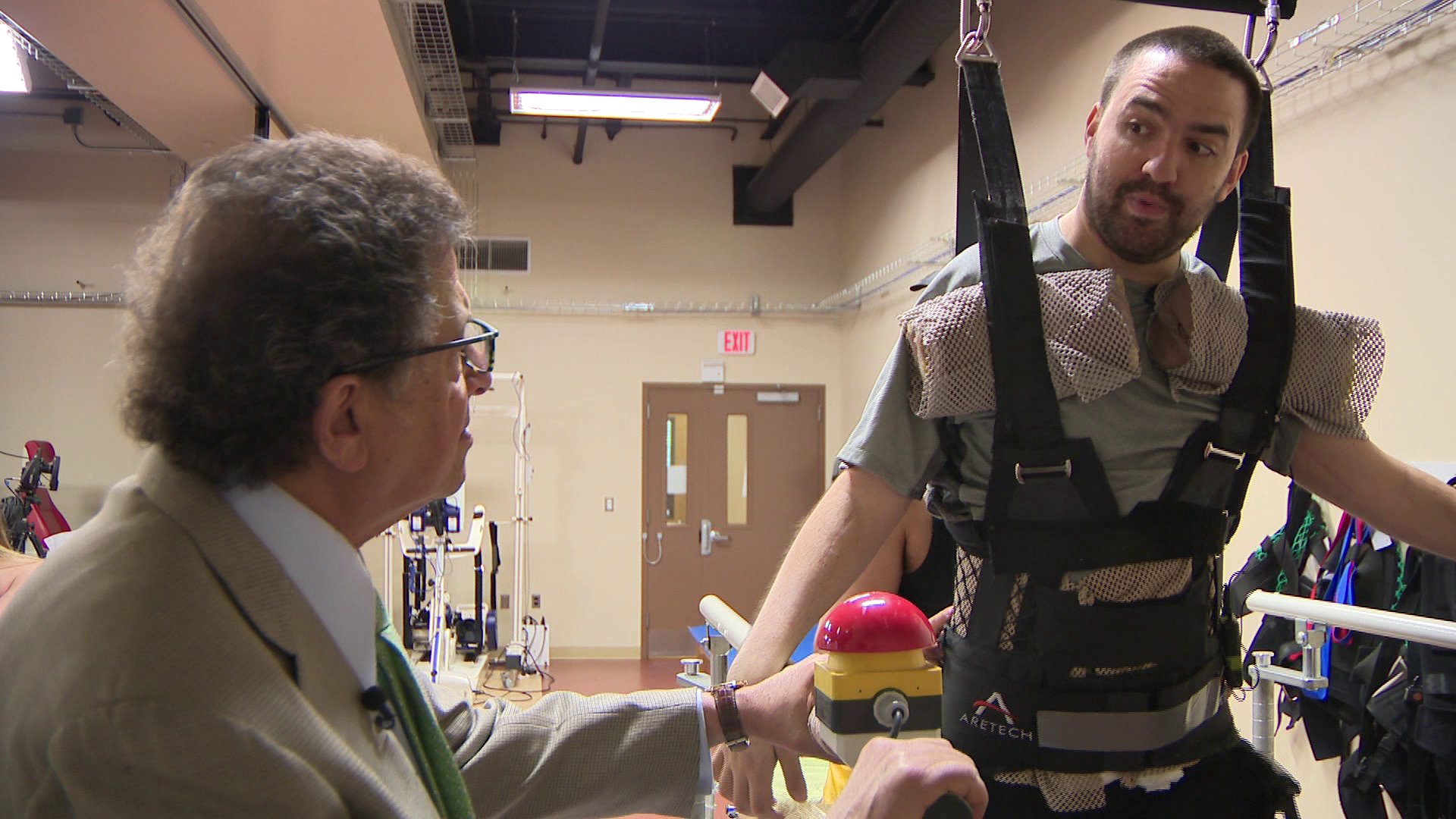 Mr. G catches us with Casey Ellin, a year and a half after they first met, and on the four year anniversary of his tragic accident.

STONY BROOK, N.Y. ––  Casey Ellin isn’t one to worry about the things he can’t control.

PIX11 first met Casey a year and half ago, as the community rallied to raise money for him at a Zumba event, which I attended. “How’d I do?" I asked. "You did alright, I mean you had some moves."

This week marks fours years since an accident at Jones Beach nearly killed him.

“I went to dive and I guess a wave kind of knocked me off balance and I hit my head on the floor," Ellin first told us in 2015. "My body kind of just, everything went numb."

Casey fractured three of his vertebrae, leaving him paralyzed from the neck down.

“The doctors just basically said I would be kind of like a vegetable," he said.

After four surgeries and nonstop physical training, he’s clearly proved them wrong. He goes to baseball games, takes out his girlfriend even surfs!

“I was involved in this program Empower Spinal Cord Injury and they kind of just put you on a board and take you out there," he said. "It’s kind of freeing.”

“Locomotor training is an intervention that is proposed to activate the muscles below the level of the injury," Dr. Sisto said. "Casey’s made the two-hour round trip trek to the Rehabilitation Research and Movement Performance (RRAMP) Lab three days a week since September.

“What are you focusing on when you do this?" we asked Casey.

He said: "Since I can’t necessarily walk and control my legs I feel like I’m able to throw my hips forward to help out a little bit."

It works by lifting him up by a harness controlling his body weight support and adjusting the speed.

“While we want to have recovery of walking for Casey, we also want to improve his health," Dr. Sisto said.

Through everything, Casey’s remained positive and hopeful never losing his sense of humor.

“You mentioned something about the marathon, you want to do it with me?” we asked.

“Yeah, we’ll get a little side cart for you and we’ll drive you around when you need a break!" he said.

He is also hoping to get back into the workforce and find an accessible place to live on his own.