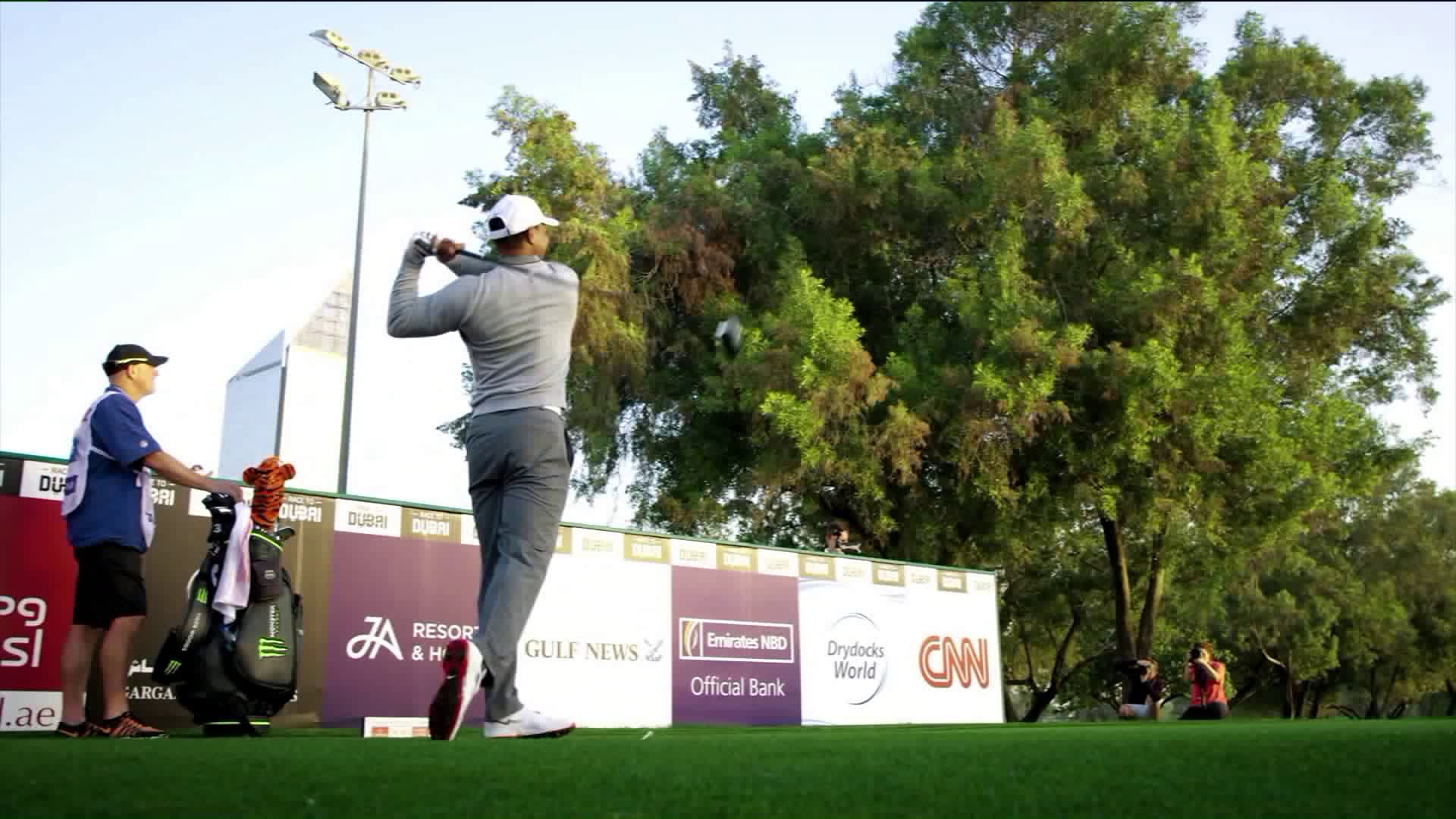 The golf legend was found asleep at the wheel the morning of his arrest, police records show.

Tiger Woods was found asleep at the wheel the morning of his arrest on suspicion of driving under the influence, police records show.

Tiger Woods was arrested for allegedly driving under the influence on May 29, 2017. (Palm Beach County Sheriff's Office)

Woods was stopped by Jupiter, Florida, police early Monday on the side of the road, with his 2015 Mercedes-Benz running, its brake lights illuminated and right turn signal flashing, according to the arrest report released Tuesday. He was by himself and wearing his seat belt.

The report said that Woods had to be awakened and that his speech was slurred. Woods told police he was coming from golfing in Los Angeles and he didn't know where he was, the document said. According to the report, he later changed his story and asked how far he was from his house. Woods has a home on Jupiter Island.

Woods took a Breathalyzer test, registering a 0.000 on it, and a urine test, the report said. The report also noted that Woods was cooperative.

On Monday, Woods said in a statement that alcohol was not involved and that he had "an unexpected reaction to prescribed medications."

In a statement provided to media outlets, Woods, currently rehabbing from back surgery, said he did not realize the mix of medications "had affected me so strongly."

"I understand the severity of what I did and I take full responsibility for my actions," Woods said, according to reports.

Woods is set to make his first court appearance July 5, according to records released Tuesday.

He was cited for DUI and improper parking, and records said there was no crash or damage to any property.

Woods was arrested about 3 a.m. Monday, Jupiter police spokeswoman Kristin Rightler said. He was booked into a local jail and released on his own recognizance with no bond a few hours later, according to Palm Beach County Sheriff's Office online records.

In his statement, the golfer apologized to family, friends and fans. "I will do everything in my power to ensure this never happens again."

CNN, which has not independently obtained the statement, reached out to Woods' representative but has not heard back. The PGA Tour said it would not comment on the arrest.

Woods has won 14 major tournaments -- second only to Jack Nicklaus. The 41-year-old golfer has undergone multiple back surgeries and hasn't played competitive golf since he was forced to pull out of the Dubai Desert Classic in February. He has expressed a desire to continue to play professionally despite his recent history of injuries.

He underwent fusion surgery on his back more than a month ago -- his fourth operation since 2014. Woods said in a blog post published last week that "it was instant nerve relief."

"I haven't felt this good in years," he said.

Woods also said in the post that his long-term prognosis for returning to professional golf is positive but that he won't be able to twist his back for another two to three months.

"Right now, my sole focus is rehab and doing what the doctors tell me," he wrote. "I am concentrating on short-term goals.

"I want to thank my doctors for their great work and support throughout this process. I also want to thank the fans for your phenomenal support. It means more than you know. There's a long way to go, but as I said, words cannot convey how good it feels to be pain-free."

Woods hasn't won a major tournament since 2008 when he clinched the US Open in sudden death over Rocco Mediate. Shortly after his victory, Woods announced he would undergo reconstructive ACL surgery on his left knee and would miss the rest of the PGA Tour season.

The Memorial Day arrest is not Woods' first encounter with adverse publicity. In November 2009, the golfer was taken to a hospital after he was injured in a car accident in front of his home in Orlando. The episode mushroomed into a scandal in the days afterward over revelations that Woods had been unfaithful to his then-wife, Elin Nordegren.

Woods took a break from professional golf and later apologized for having extramarital affairs and for letting down both his fans and his family. Woods and Nordegren were divorced in 2010.