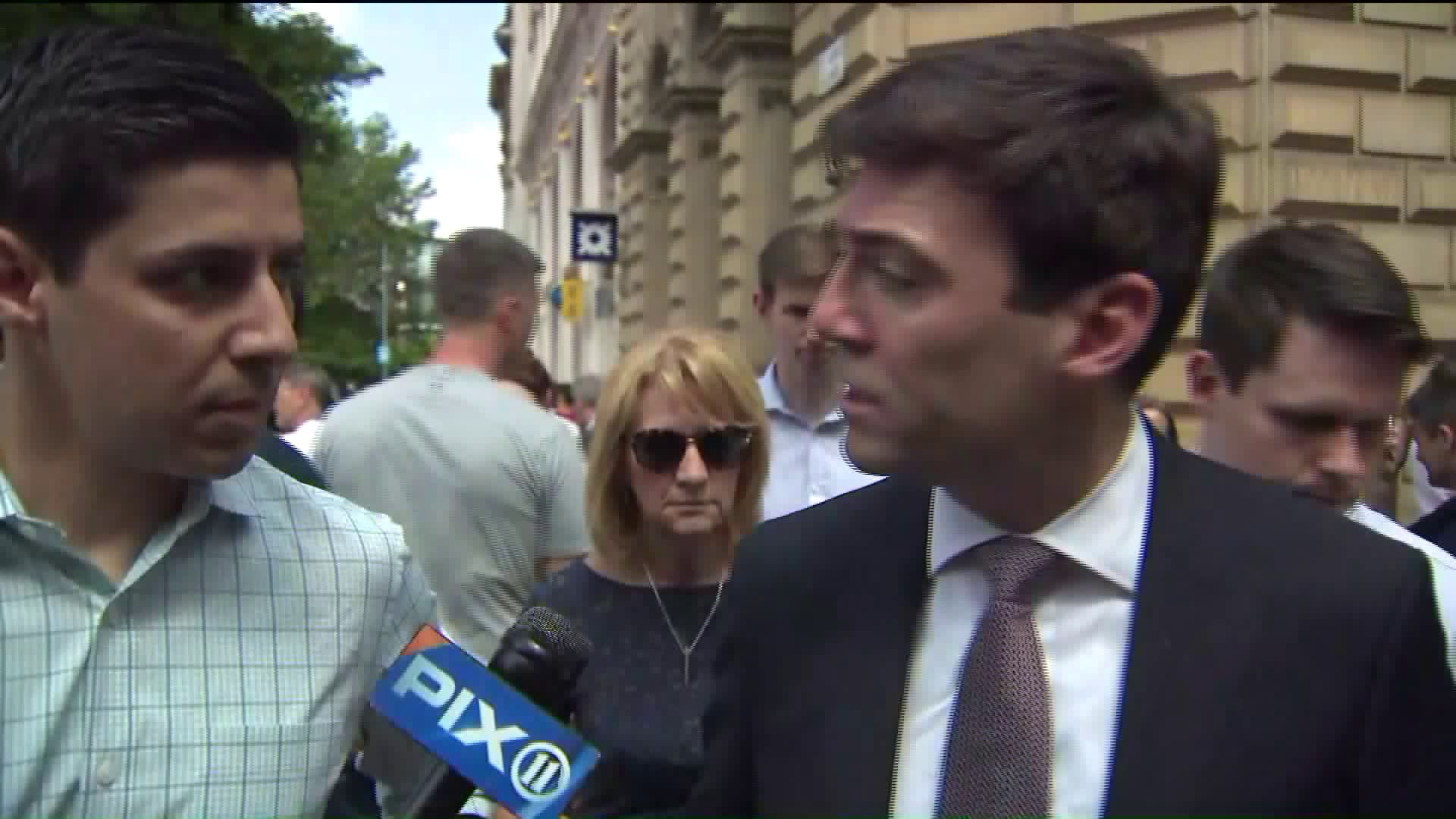 MANCHESTER The mayor of greater Manchester spoke to PIX11 Thursday, reiterating the UK prime minister`s concerns over leaks to U.S. media in the investigation into a bombing at a Manchester concert that killed 22 people earlier this week. 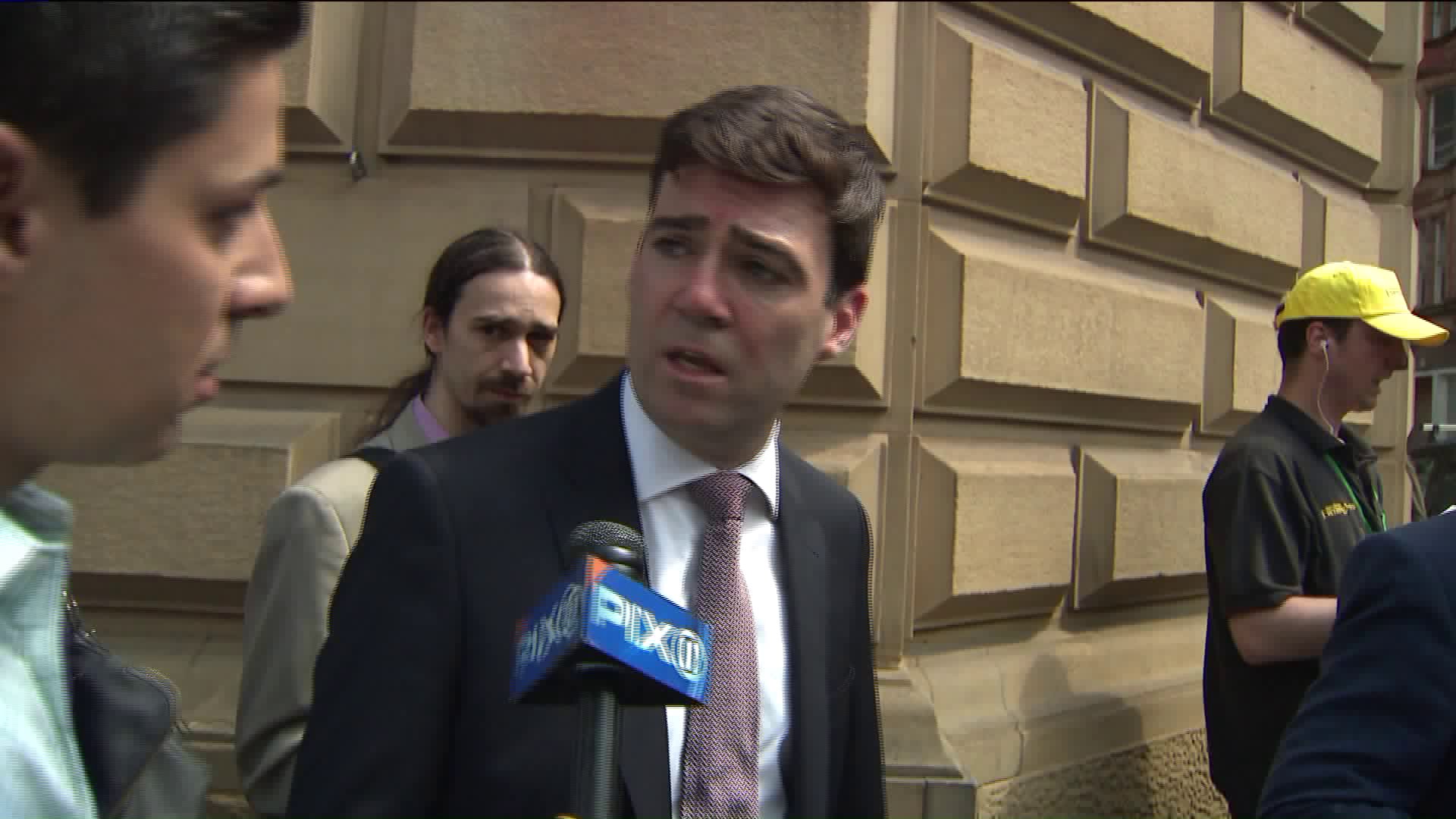 MANCHESTER, England — UK Prime Minister Theresa May said Thursday she would raise leaks to US media from the Manchester bombing investigation with US President Donald Trump when the pair meet later at a NATO summit in Brussels, Belgium.

"I will make clear to President Trump that intelligence that is shared between our law enforcement agencies must remain secure," she said, following a cabinet-level security meeting.

The mayor of greater Manchester echoed May's concerns to PIX11 Thursday, saying it was "morally wrong."

The United States has faced growing criticism from UK lawmakers over the leaks, amid concern they could disrupt the fast-moving investigation into Monday night's attack against concertgoers at Manchester Arena.

May's statement came a day after UK Home Secretary Amber Rudd said the leaks were "irritating," and that she had made it clear to the United States that it "should not happen again."

He added, "The cooperation between the US and the UK on intelligence matters is crucial for security around the world, so we can't... this can't see both sides pulling away, but that is why the Prime Minister, the government, are right to make this an issue at the summit today, and it's why I have taken a step of speaking out too, and making my concerns known."

Burnham, a Labour mayor, said he had spoken with the US ambassador to Britain about the issue.

Two Labour lawmakers tweeted their concern Wednesday. Yvette Cooper said she was very troubled by the leaks amidst a "live investigation where public safety at risk," while Lilian Greenwood asked, "What is the Government doing with US counterparts to address these breaches?"

US sources were the first to reveal the identity of the bomber, 22-year-old Salman Abedi, leading to concern that police efforts to hunt down his associates could be impacted.

On Wednesday, The New York Times posted photos that show what it said could be the detonator, a battery, nuts and screws for shrapnel, and fragments of a backpack used in the attack. The paper, without specifying the source, said British authorities provided access to photos of materials found at the scene.

"It is absolutely understandable that this has caused much distress for families that are already suffering terribly with their loss," he said.

Multiple UK media reports are reporting that Greater Manchester Police has suspended the sharing of information relating to the Manchester attack with US officials. Reports say the suspension is temporary and only refers to the Manchester investigation, not the entirety of national intelligence.

Monday's attack, which came as people were leaving an Ariana Grande concert, took the lives of at least 22 people, including several children. Dozens were also wounded in the incident.

Investigators are focused on tracking down associates of Abedi, a British-born national of Libyan descent, saying it is clear they are investigating a network.

Hopkins told reporters eight men had been arrested at addresses in Manchester, Wigan and Nuneaton. These arrests are "significant," he said, with searches having "revealed items that we believe are very important to the investigation."

A woman arrested in a raid in Blackley, Manchester, was released late Wednesday without charge, police said.

On Wednesday, new details about Abedi emerged, including that he had been known to intelligence services, Rudd told the BBC. He had been in Libya for three weeks and returned days before his attack, US military officials told CNN.

According to a family friend who asked not to be identified, the boys' father had taken his sons to Libya in mid-April and confiscated their passports so they couldn't return to the UK where they'd been in trouble with gangs. Abedi got his passport back after telling his father he was going on a pilgrimage to Saudi Arabia, but returned to England instead.

In Libya, Abedi's brother -- identified as 20-year-old Hashim Ramadan Abu Qassem al-Abedi -- was arrested Tuesday night on suspicion of links to ISIS, according to a statement from a Tripoli militia known as the Special Deterrence Force. The militia, aligned with the Libyan government, said that the younger Abedi was allegedly planning a terror attack in Libya when arrested. CNN has not been able to independently verify the details from the militia.

Identification of the 22 victims continues -- as of Thursday morning local time 17 people who died in the blast have been named.

The family of 14-year-old Eilidh MacLeod released a statement through the police that spoke of their "devastation". "Eilidh was vivacious and full of fun. She loved all music whether it was listening to Ariana or playing the bagpipes with her pipe band," it said.

The grandfather of another teenage victim Sorrell Leczkowski, said he was "absolutely heartbroken" to confirm that she had died. "Sorrell was only 14, but she was our rock, she kept us all grounded. She was such a clever, talented, creative girl, there was nothing she couldn't do," said Michael Healy. Sorrell's mother and grandmother were both injured, he said.

Queen Elizabeth II arrived Thursday morning at the Manchester Royal Infirmary and Children's Hospital, where some of the wounded from Monday's bombing are being treated.

Shortly beforehand, a moment of silence was held as the United Kingdom continued to come to terms with its worst terror attack since the 2005 London bombings.

Crowds who had gathered in Manchester's St Ann's Square, where banks of flowers and balloons have been left in tribute to the victims, bowed their heads for the solemn moment before breaking into spontaneous applause.

Elsewhere, as the clock struck 11 a.m., cyclists dismounted, people stopped in their tracks on street corners and workers came out of local businesses to stand together in clusters, all bowing their heads in remembrance.

On Wednesday night, a win for soccer side Manchester United in the Europa League final in Stockholm was dedicated to the victims.