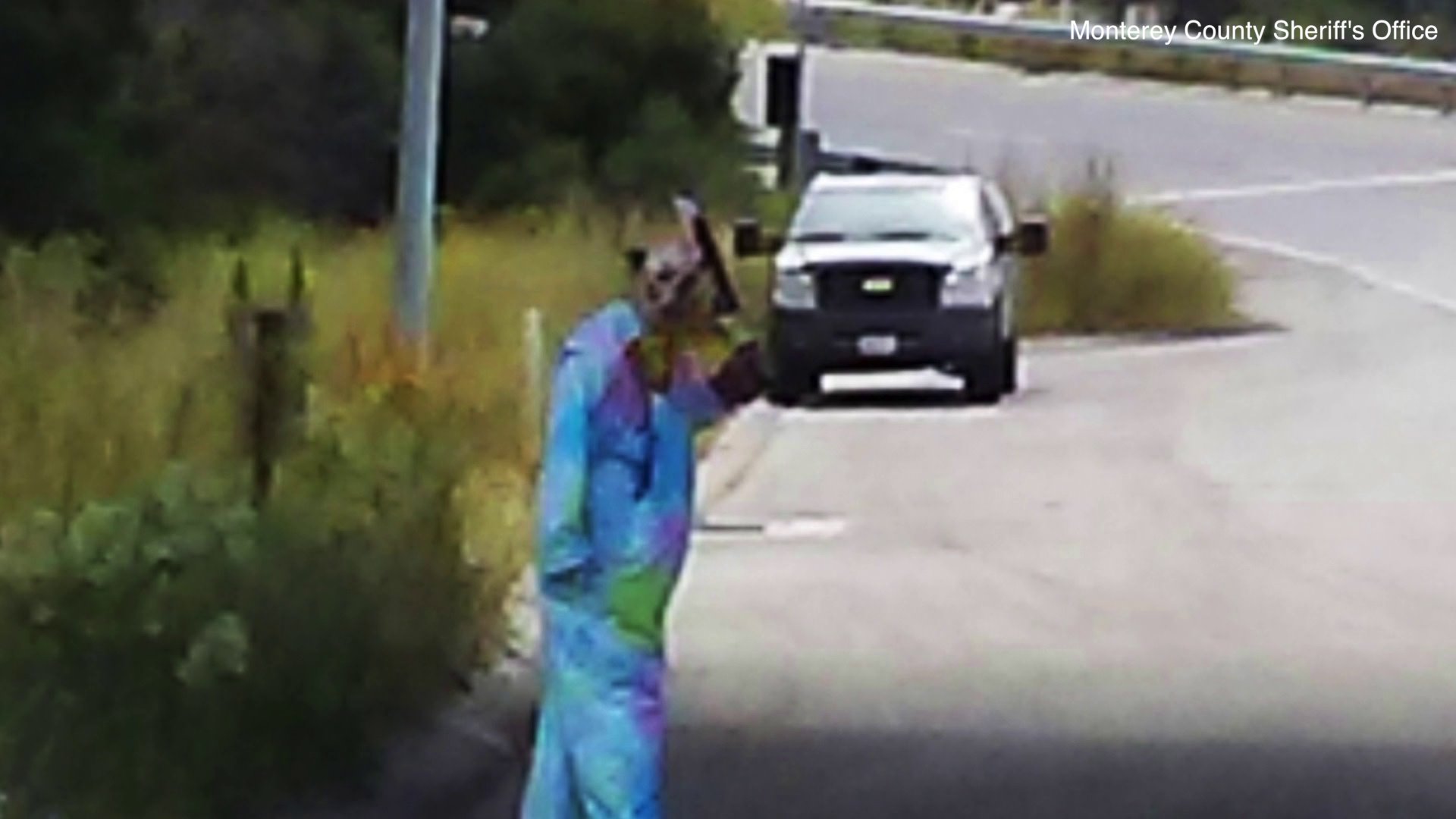 Drivers received quite the scare when a clown holding a "bloody" machete was seen on a California highway.

AROMAS, Calif. — Drivers received quite the scare on Wednesday when a clown holding a "bloody" machete was seen on a California highway.

The Monterey County Sheriff's Office posted about the sighting on Facebook Wednesday.

The post read, in part, "It can be fun to dress up as a clown, right? However, if you do, please don't stand in the side of Highway 101 at San Juan Rd holding a machete. Larry Tovey, from Gilroy, did this today and startled a few people who called 911."

The 61-year-old man was holding out his thumb as if he was trying to hitch a ride while holding the machete coated in fake blood in his other hand, KSBW reports.

"Two deputies contacted Larry, with their guns drawn, and eventually figured out what he was up to," the post said.

The man was arrested, questioned and eventually released.

"He didn't actually threaten anybody. He just had a sick sense of humor," said Monterey County Sheriff's Cmdr. John Thornburg.