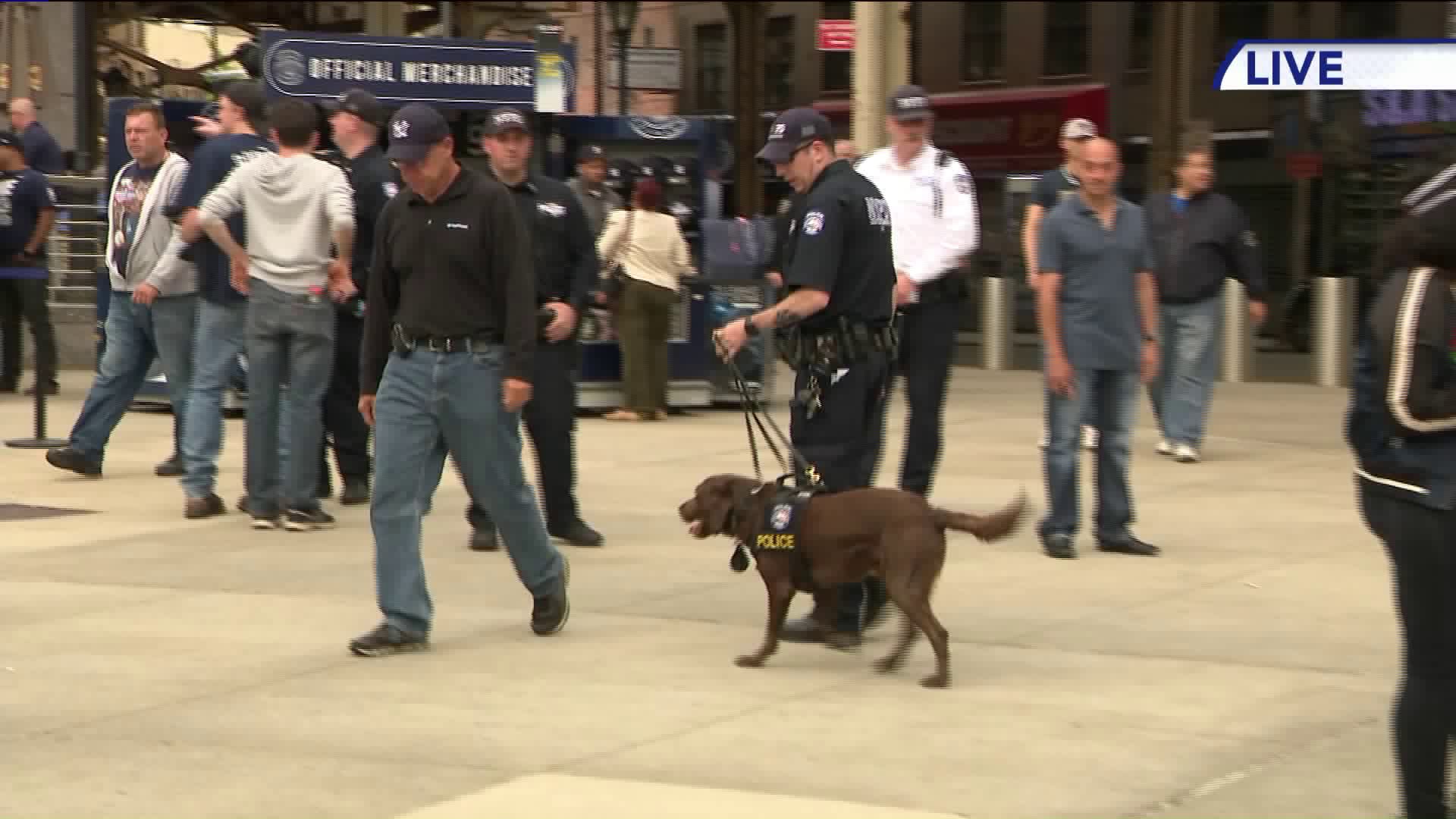 NEW YORK — "It's horrible what happened in Manchester. It's painful. Especially since it was directed at children," said Mayor Bill de Blasio less than 24 hours following the deadly bomb blast in Manchester that has thus far claimed 22 lives and injured 120.

Mayor de Blasio spoke at great length about NYPD security during a news conference along Arthur Avenue in the Bronx, "We believe our defenses are already very, very strong and we are already assessing this attack and determining different approaches we might want to take as a result of this attack."

The Mayor also pointed out the numbers to back up his assessment, "We have 36,000 police officers. There is no city in America that even comes close to that."

However, the sheer size of the city makes it challenging with so many areas to cover.

At some venues like the Apollo, Lincoln Center and Barclays there was little presence, while at the World Trade Center appeared to be staffed with the norm, but the storyline was different at Times Square there was a heavy presence of NYPD members from Strategic Response Group, fully armed at the ready as well as K9 from security in the private sector, "What happened in Manchester is just a reminder as to how vigilant we have to be and how much our defenses matter."

As for the future of concert security? Law enforcement will tell you these are teachable moments. Manny Gomez, the founder of MG Securities and a former member of the NYPD and the FBI, had the following insight on the PIX 11 Morning News Tuesday, "It's going to change in that we are learning from it. The NYPD is already in contact with Manchester Police Department to learn what happened to be proactive and prevent it."

On Tuesday night at Yankee Stadium the NYPD did have additional personnel from the Counter Terrorism Unit deployed outside the stadium hours before the Yankees game with Kansas City.