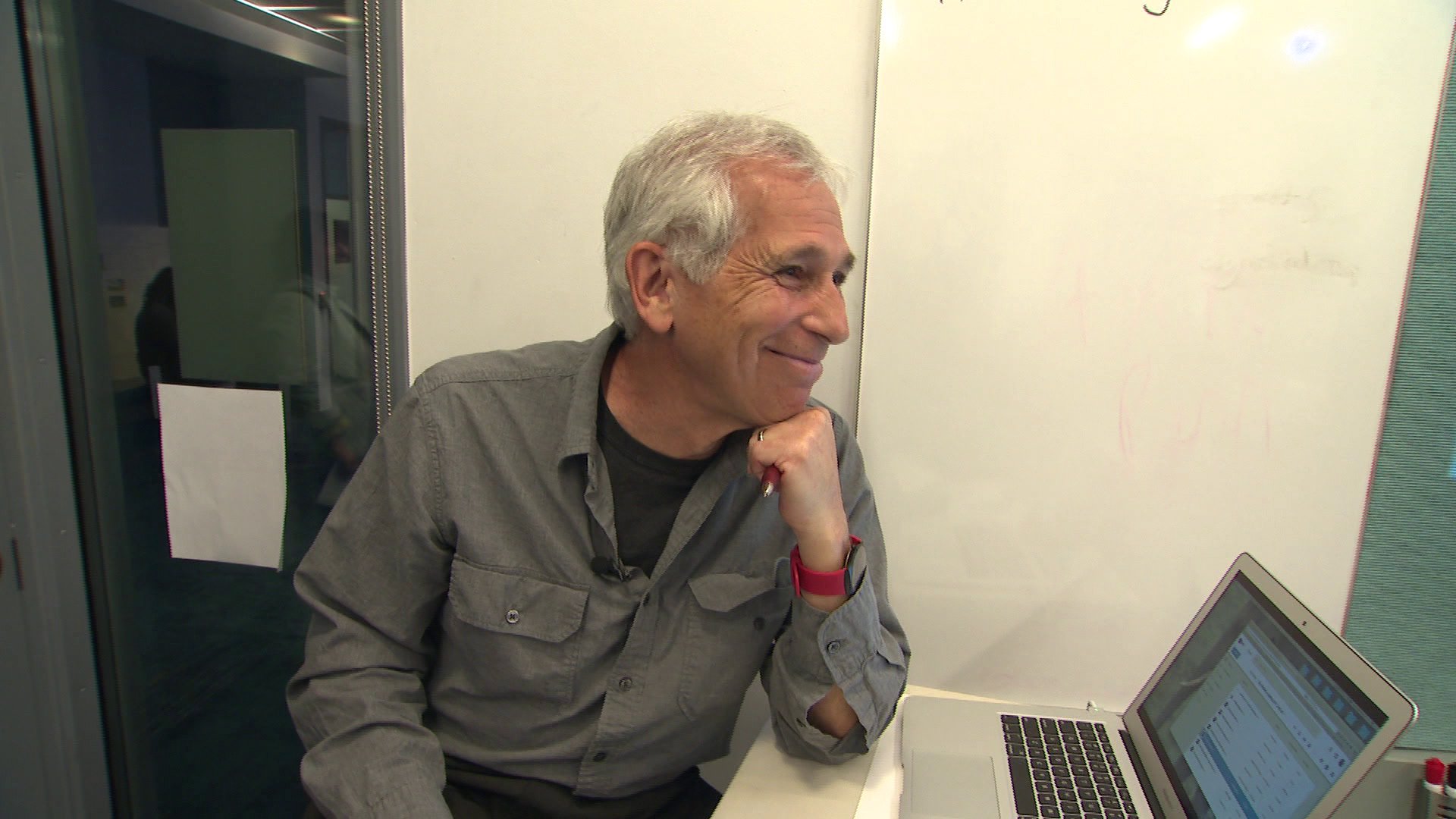 Tamsen Fadal sits down with Allan Goldstein to talk how his personal experience led to teaching this class.

BROOKLYN, New York- “What the typical students get is that we’re all people first, that we all want the same thing which is work and love," Allan Goldstein said. There’s no message more important than this for Allan Goldstein, a senior lecturer at NYU. “We’re breaking down barriers," he said.

He invites people with disabilities from ADAPT Community Network into the classroom to work closely with students on digital video projects. “At the beginning of this I considered myself a pretty good ally of people with disabilities but I’ll be honest I would look at Felix on the first day of class and I would just see the chair," Jackie Hanna, an NYU student, explained.

It’s that mentality he hopes to erase by giving his students a chance to explore the topics they want as a team. "We decided to have a little bit of fun with it and show another side of Louis, he’s a very talented person so this is about cooking, cooking with Louis” Andy Martinez, an NYU student, described. While Allan’s only been teaching 11 years, he’s been fighting society norms his whole life. His brother, Fred, was labeled severely retarded as an infant in the 1950s.

“We grew up in a housing project in Sheepshead Bay, there had to be 20,000 people there and we didn’t know one family that had a person with a disability," Goldstein remembered. "We were hidden.” Fred is a survivor of Willowbrook, the now infamous New York institution exposed for the horrific treatment of kids then labeled "mentally retarded." He lived there from age four until he turned 20.

“We had no idea, fortunately my brother was visited every week so Nurse Hooks, I still remember her name she looked after him because they knew he had family," he said. "So many of the children had no family, they were just dumped." Allan learned to see his brother for what he really was: smart and intuitive. “What did you learn over the years from Freddy?” I asked Goldstein. "That there’s a person there," he said through tears.

His classroom has become a place to shed the stigma and he’s hopes to take his program global one day. “With more things accessible to them, if they have the correct accessibility they can do a lot of things and he’s been an example of that," Martinez said. And for many of these filmmaking duos, their semester-long partnership turns into a lifelong friendship. “I really enjoy working with her and she’s a go getter, she never gives up," Felix Franco, an ADAPT consultant, smiled.