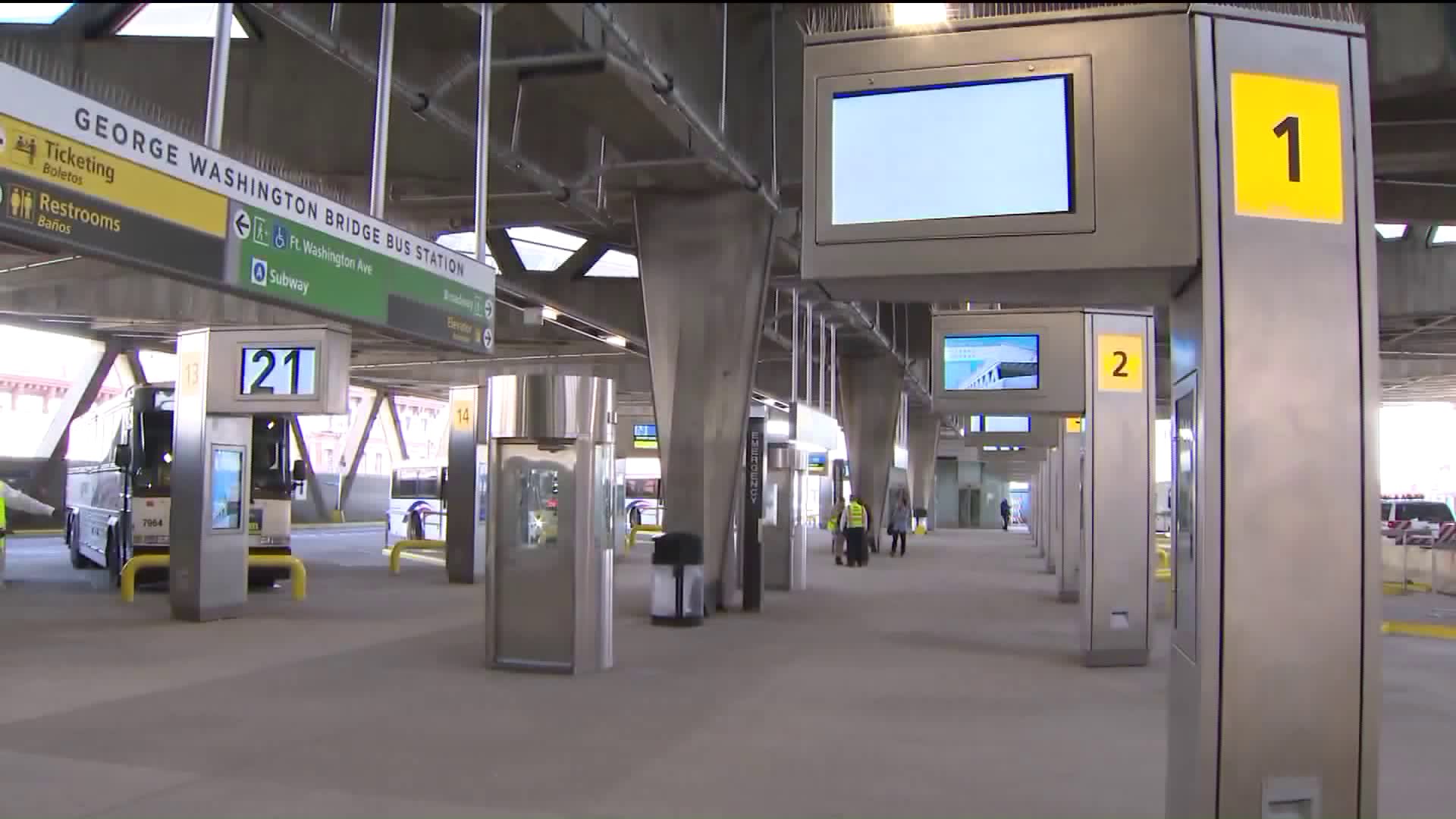 Thousands of people rely on the Washington Heights outfit of the Port Authority -- but many more have no idea it exists.

WASHINGTON HEIGHTS, Manhattan — Nearly 200,00 people go in and out of the Port Authority Bus Terminal every day at 42nd Street in Midtown. What very few of them — or hardly any one else, for that matter — realize is that Manhattan has another Port Authority bus terminal at 178th Street.

"No there isn't," said Christina Capella, a daily commuter into the 42nd Street Port Authority. When asked if she would believe that there's a second terminal in Manhattan, she replied, "No, I wouldn't."

Other commuters at the main Port Authority bus terminal either didn't know about its uptown counterpart, or had to be reminded that it's at the eastern terminus of the George Washington Bridge.

It's been in operation since 1963, but, to be fair to the many people in the Tri State who are unaware of its presence, its use is far lower than that of the main Port Authority bus terminal.

The 42nd Street facility has about 60 million weekday passengers a year, and a total annual ridership of 69 million. By comparison, the GWB facility transports about ten percent of that. That's still about 7 million people like Era Blanis.

"It's wonderful," she said about Tuesday's re-opening of the city's second busiest bus terminal. It's been shut down for three years for renovations. Those were supposed to cost about a $180 million and take about a year to do. Two years late and $17 million dollars over budget, the facility that takes up two city blocks is finally back in action.

"At first glance, it seems user friendly, very clean, very safe," said Larry Lindstrom, a senior travel instructor at Rutgers University. He was on hand for Reopening Day on his own time. Lindstrom is a self-described bus enthusiast.

"I think this area needs everything it can get in terms of transportation," he told PIX11 News.

The facility is more than just a bus terminal. There will be a gym, a grocery store, and a Marshall's clothing store, as well as other shops, and even a dentist's office.

However, due to disputes involving the renovation contractor, unionized construction workers and prospective tenants, the businesses aren't expected to be fully online until autumn.

Meanwhile, though, up and running is a state of the art bus transportation hub that is fully handicapped accessible and which has a never-before-visible view of the bridge, all in a climate controlled environment.