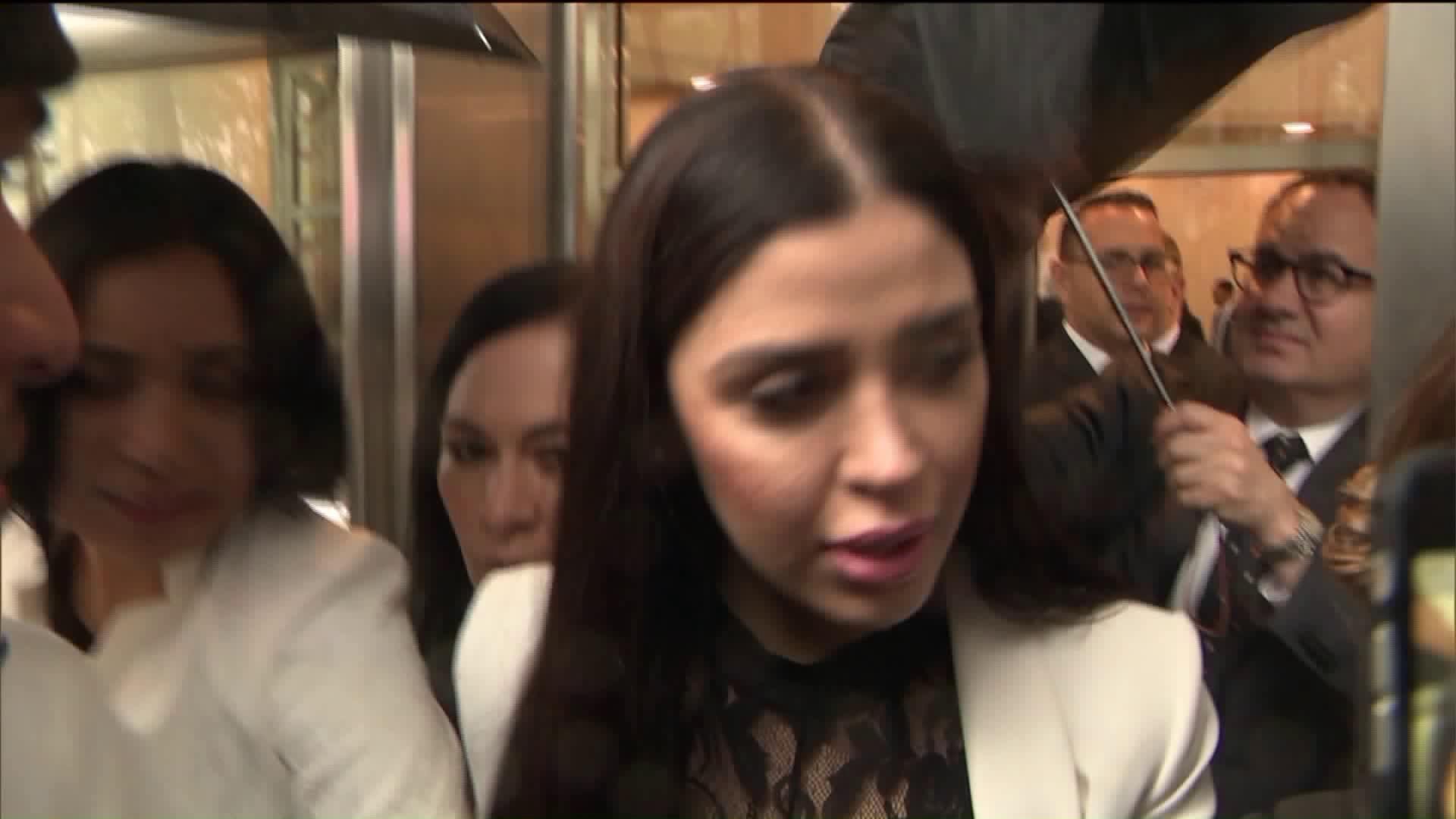 With his young wife waving from a courtroom bench, Mexican drug lord Joaquin "El Chapo" Guzman told a judge in Brooklyn that he wants to keep the federal public defenders that have been representing him since January.

BROOKLYN, N.Y. — With his young wife waving from a courtroom bench, Mexican drug lord Joaquin "El Chapo" Guzman told a judge in Brooklyn that he wants to keep the federal public defenders that have been representing him since January.

That means the feared drug baron, who once bragged he pumped more cocaine, heroin, methamphetamines and marijuana into the marketplace than anyone else in the world, will be defended on the dime of U.S. taxpayers.

His trial for murder, drug trafficking and money laundering has been tentatively set for April 16, 2018.

“I would like to continue with my current attorneys, because I feel well with them,” the 60-year-old billionaire told Judge Michael Cogan, through a translator.

Guzman remains in solitary confinement at Manhattan’s Metropolitan Correctional Center, unable to interact with anyone except his lawyers — and that’s through a plexiglass window.

The lawyers had filed motions arguing that Guzman was having mental health issues because of his 23-hour-a-day confinement in a windowless cell. He only leaves on weekdays to exercise, on his own, in a room with one treadmill and a bicycle.

The lawyers said in March that Guzman started having "auditory hallucinations," thinking there was music playing in his cell, even when the radio was turned off.

“We will continue to fight for humane treatment for Mr. Guzman,” his public defender Michele Gelernt told reporters outside court.

The judge had denied Guzman’s request to enter the general prison population, citing his two high-profile escapes from high-security facilities in Mexico.

Cogan ruled on Thursday that Guzman could start communicating with his wife Emma Coronel, 27, through pre-screened messages.

Cogan was going to have another magistrate visit the room at the MCC where Guzman has been meeting with lawyers since January. The attorneys complained to Cogan that if conditions continue as they are right now, they will have to hold up thousands of documents in front of the plexiglass window when planning legal strategy for their client's trial.

Federal prosecutors tried arguing that Guzman's current public defenders might have to recuse themselves from the case because potential witnesses now in U.S. custody might have been represented by the same public defender’s office. The issue was worked out in court, and Guzman's lawyers are remaining on the case.

The drug lord has twin daughters with his second wife, who is 30 years younger than the billionaire, and has a father who was jailed in Mexico for drug trafficking on behalf of Guzman’s Sinaloa cartel.

Emma Coronel, wearing a chic white pantsuit with black lace top, waved cheerfully at Guzman when he entered the courtroom in handcuffs, dressed in a navy prison uniform.

Outside court, she emerged in torrential rain, surrounded by bodyguards and family members, as reporters and photographers tried to question her. She didn’t say a word and kept walking in the rain until she reached a taxi on Tillary Street.

Guzman has 16 children, and the oldest Rosa Guzman made a statement in Spanish outside federal court.

“I simply want to say thank you to the people who support my father,” she said. “I am sad, because of what’s happening. We are 16 siblings who are worried, as well as my grandmother and aunts. We are all worried.”

Guzman said she has not spoken to her father, but added, “He saw me crying.”

“I want him to know I love him and I won’t abandon him. I would prefer he remain in the United States," she said. "They treated him badly in Mexico.”