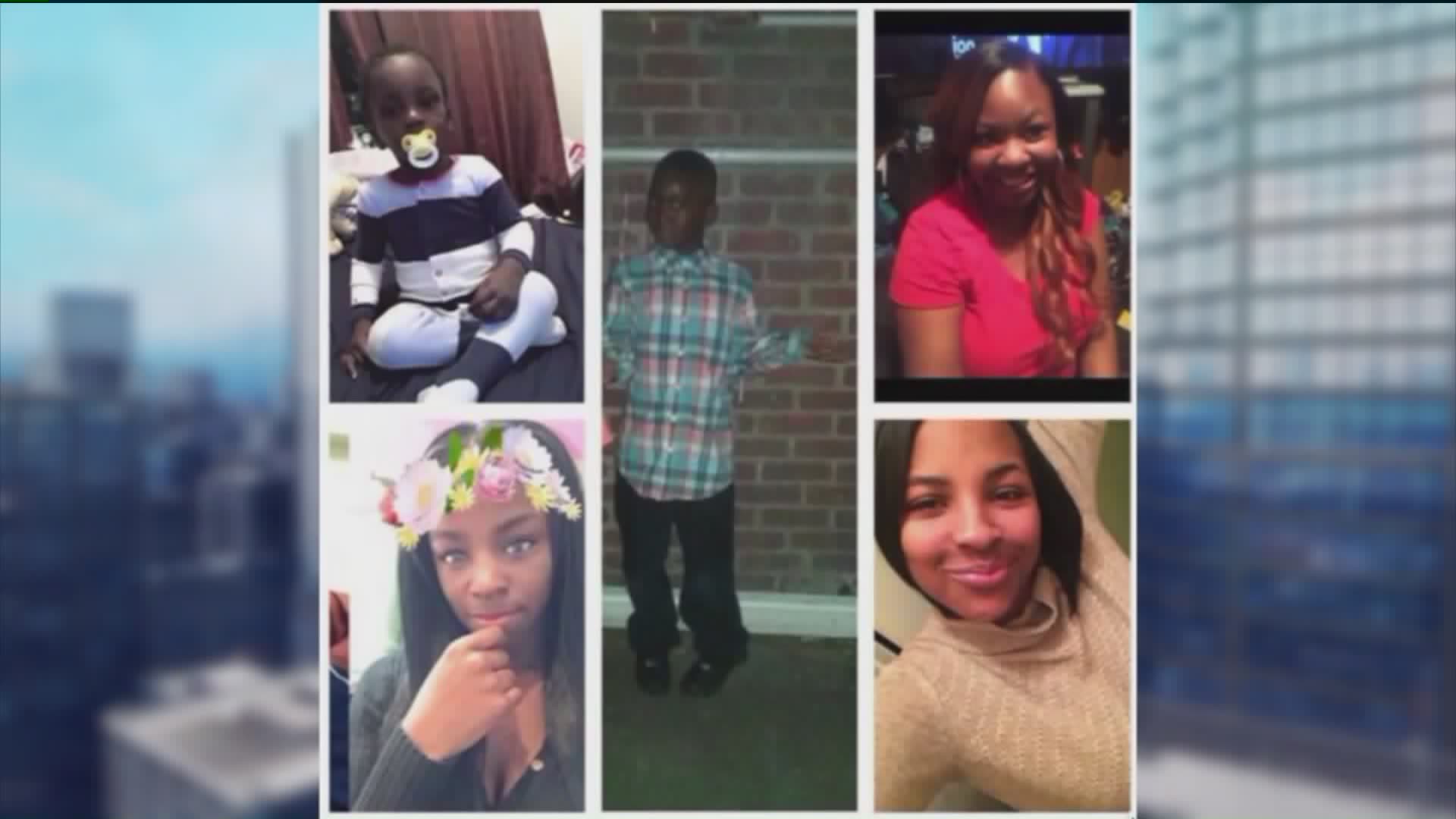 Their ages ranged from 2 to 20 years old.

QUEENS VILLAGE, Queens — A woman and four minors, including a 2-year-old being cared for by relatives while his mother went on vacation, were killed in a Queens Village house fire over the weekend, family members of the victims said Monday.

Officials initially said two adults and three children were killed in the blaze, but on Monday identified all but one as minors.

Four of the five victims were related, according to Fire Commissioner Daniel Nigro.

The youngest victim was being watched by relatives while his mother vacation in Florida, family tells PIX11.

All five died in a house fire that broke out in a two-story building on 208th Street near 112th Avenue around 2:30 p.m. Sunday, according to fire officials.

The cause of the fire, which police say began in a home before spreading to two others, remains under investigation.

The 20 and 10-year-old victims died at the scene, while the other three were pronounced dead at a hospital, police said. At least two, including the toddler, were in the home's attic at the time of the fire, fire officials said.

A sixth person was in the home, but survived by falling out a second-story window. He was taken to the hospital in what Nigro says is "satisfactory condition."

Firefighters spent two hours getting the blaze under control.

Neighbor David Buchanan says he was praying in church when the house next door to his burst into flames, and that when he knew his children were safe, he began to grieve for those who died.

"When something like this happens, there are no words to express," Buchanan said. "It is tragic."

The fire was the deadliest in the city in two years, Mayor Bill de Blasio said Sunday.

In 2015, seven members of the Sassoon family died when a hot plate was left on in their Midwood, Brooklyn home.